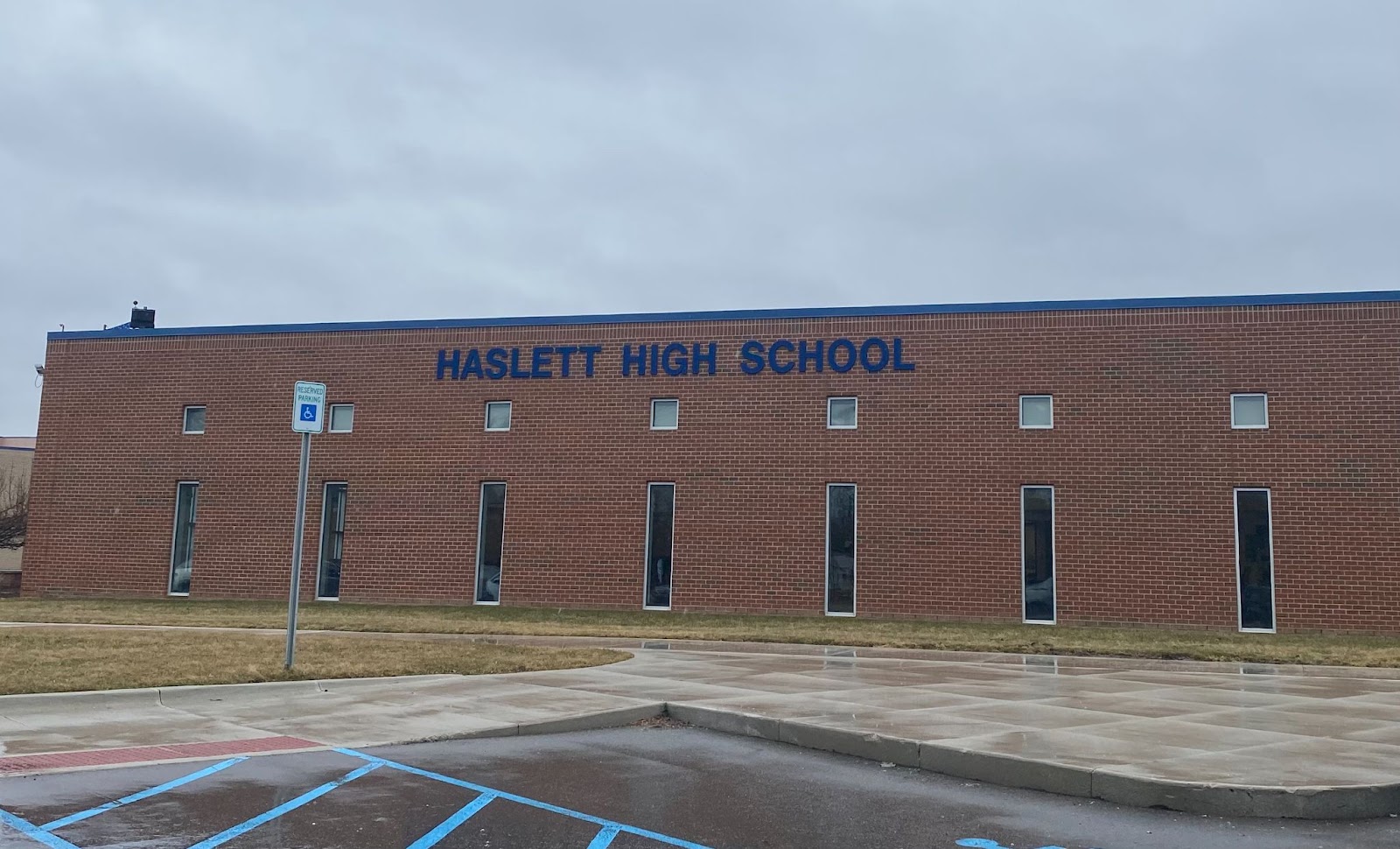 Monica Del Castillo, a retired mental health therapist, worked for 25 years at Lansing Community College where she also served as president of the academic Senate. Last fall, she became Haslett’s newest board of education member.

Del Castillo said because of her immigrant childhood experience and mental health background, diversity and inclusivity play a heavy role in the decisions she makes. She said it was one of the main reasons she wanted to be a Haslett school board member.

Del Castillo said, “Working with young adults in a college setting offered me insight into the challenges that young people face. While on the school board, K-12 teachers have reported mental health challenges create the biggest barriers to learning. My first hand knowledge and experience allowed me to strongly advocate for mental health services and initiatives.”

Alex Azima, a professor at Lansing Community College, served on LCC’s Academic Senate with Del Castillo. “Her impact has been wider than just her time as a counselor,” Azima said. “She was open, refreshing and real and was instrumental in bringing in more representation. She went above and beyond to advocate for others.”

Del Castillo also said her role in the Haslett community isn’t one she takes for granted. “It is my belief that Haslett Community Schools is committed to growing diversity, equality and inclusion.” Del Castillo said. “My hope is that kids, especially marginalized kids, can see that if someone like me, a poor immigrant, and a Latina woman who happens to be gay can make it, so can they.”

Del Castillo’s family immigrated from Cuba to the U.S. in 1969. Del Castillo was five years old. She said her family’s motive was to be in a safer environment with more opportunities. “It was a November afternoon when my family got notice of our window to leave the country, and had to be at the airport by nightfall.” Del Castillo said. “Our suitcases had been packed for three years because we didn’t know when we’d get the opportunity to leave.”

Del Castillo said she grew up working hard, and had to fight for her place in society. Del Castillo said she’s the oldest sibling in her family, which caused her to grow up quickly. “My childhood innocence was flatlined,” Del Castillo said. “I was immediately involved in day-to-day family matters because I became the family translator. I wish I could have been shielded from some of the adult responsibilities by sharing the load with my younger siblings.”

In 2019, Del Castillo did a Star Talk at LCC titled, “You’re Perfect Just the Way You Are.” She talked about her upbringing and the challenges she faced while growing up in an unaccepting family. “I’ve experienced both family and christianity – related trauma associated with my sexual orientation.” Del Castillo said. “The two fundamental institutions that are at the core of unconditional love failed me, as they did not embrace my true self.”

Del Castillo said her motive in doing the Star Talk was to inspire others – especially young women.  “Society is full of subtle and not so subtle messages that we are not enough and are not doing enough.” Del Castillo said. “This creates unnecessary angst and anxiety. Goals are important but should not suspend a balanced lifestyle.”

Going forward, if Del Castillo has one piece of advice to give, she said it would be to maintain vulnerability. She said, “Vulnerability has a bad rap in our culture. It is often associated with weakness, when in fact it’s just the opposite. It takes a lot of courage to be true to yourself and allow others to see you. Vulnerability can be quite freeing – thus positively impacting mental wellness.”

I am from Rockford, Michigan. I am a journalism major at Michigan State University, and I am a sophomore living on campus. In terms of my aspirations, it would be my dream to one day live in Chicago, Illinois as a journalist. Another dream I have would be to travel and do freelance writing about the different experiences and stories I find from all different types of people.