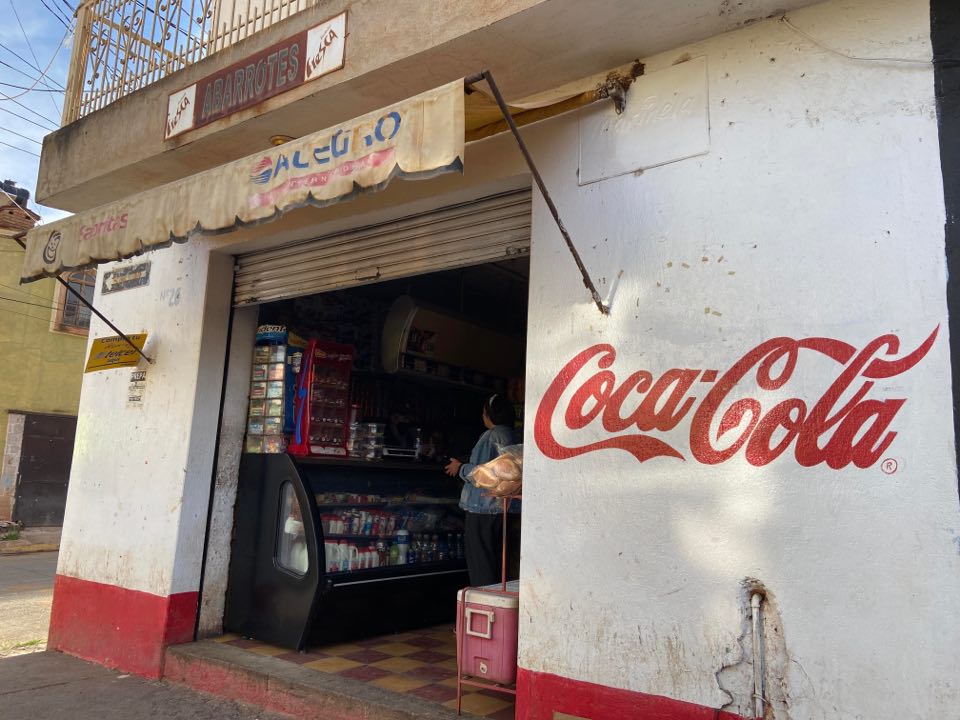 SAN IGNACIO CERRO GORDO, JALISCO, MEXICO – Benjamin Muñoz Moreno owns one of the many “abarrotes” stores in San Ignacio Cerro Gordo. In Spanish, abarrotes means groceries. In his small store he sells fruits, vegetables, bread, milk, cheese, chips, and more. His products come from local suppliers around the region and “fruterias” in the town.

With the pandemic, he is facing many challenges to keep his business running.

Muñoz has had his store for over 30 years. His store has always been a family business. When his kids were younger, they would help him at times. Most of them have moved out or are married now, which has left him in charge of running the business.

Even if he wanted to hire people, he would not be able to afford the pay of the workers.

“With the sales I make, I can barely pay my bills. Imagine if I had workers,” Muñoz said.

Since the pandemic, his sales have gone down, Muñoz said. Therefore, he cannot sell the usual merchandise as he used to prior to the pandemic. His usual clients who would go daily have stopped showing up.

“They used to come every day, sometimes even 3-4 times a day, but now they don’t even come,” Muñoz said.

Veronica Antonia Magdaleno, who is one of his usual customers, said that sometimes it is hard to put food on the table.

Magdaleno is an employee who works at a local hardware store in the town. She is also struggling with the pandemic.

“Sometimes I can’t afford to go as usual as I would,” Magdaleno said. “The local government has not tried helping the people out, which has made it difficult to buy all the food I need.”

She has also noticed that Muñoz ’s store has not been getting busy as it used to. Many of her neighbors also struggled to buy food due to the same reason.

“The same government wants you to stay home, to protect you and your loved ones, but they also do not offer any help,” Magdaleno stated.

Fortunately, Muñoz has not had to close his business since the pandemic has started. Muñoz says that he is thankful for that.

Many businesses in the town have had to close, either because they cannot afford to stay open, or because the local government has forced them to close.

The government of San Ignacio Cerro Gordo has not offered any type of relief check or any sort of help to his small business, or any business in town.

Daniel Vargas, a police officer who was authorized to speak on behalf of the town authorities, said “Part of the tax money we charge stays in the town, the other part of the money goes to the Republic of Mexico.”

Muñoz said the government charges more tax money than what is used to help its people. He would like for the government to be more helpful with resources.

Every two months he must pay a contractor to pay his taxes. He pays $500 pesos every 2 months, which is about $30 U.S. dollars, in taxes.

He says, “It may not seem like a lot, but when you are not selling, where do you get the money from?”