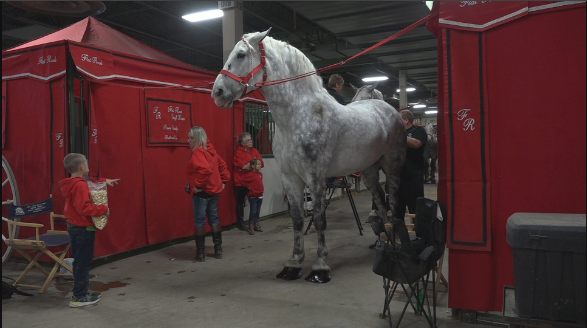 More than 600 horses showed at the MSU Pavilion with owners and horses alike coming from not only the U.S., but also Germany, England and Canada.

The horses were judged in competition, showing off all kinds of skills.

Those attending the event were also able to check out the horses behind the scenes.

MGLI President, Aaron Rice, said that the draft horse has always been an important animal.

This was the 43rd show put on by MGLI. This year’s attendance was around 30,000 over the four days.