Summers in Grand Haven are full of events that draw crowds to its downtown area. These events include the likes of the annual Coast Guard Festival, art festival and this past weekend’s event, the 10th annual Soccer in the Sand tournament.

Soccer in the Sand is a three-day, small sided 5v5 beach soccer tournament that occurs in 13 locations across the country. This year’s Grand Haven event hosted 400 teams and more than 4,000 participants.

According to event founder Chris Lemay, this year has been the most successful installment in Grand Haven. Despite the weather, the event drew in its largest crowd in the 10 years it has been hosted in Grand Haven.

The event started on Friday with a clinic for children run by the Great Lakes Beach Soccer team. This clinic allowed children to learn basic and in-depth skills that are used in beach soccer.

On Saturday, the preliminary games began at 8:30 a.m. and continued until nearly 5 p.m. The games consisted of age groups ranging from 7 years old to over 30, as well as men’s, women’s and coed teams.

“It’s a blast to be a part of an event like this,”Sara Jacobs, a participant, said . “Not only to you get to bond with your teammates, but you meet so many other fantastic players.”

Sunday wrapped the tournament up with both the semifinals and finals being played for each group.

“The event is great for adults and kids alike,” spectator Courtney Greene said. “It brings plenty of life to the beach and there’s always so many passionate teams that are giving it their all.”

One of these teams was The Water Buffalos, a men’s team made up of former Grand Haven soccer players. The team turned heads with their play and found themselves in the finals, only to lose to Fresh Water Beach Soccer Club team.

Even Lemay was impressed by the teams play saying “they put themselves on the map” and that he could see them playing for the championship in future tournaments.

For all results, visit the Soccer in the Sand website. 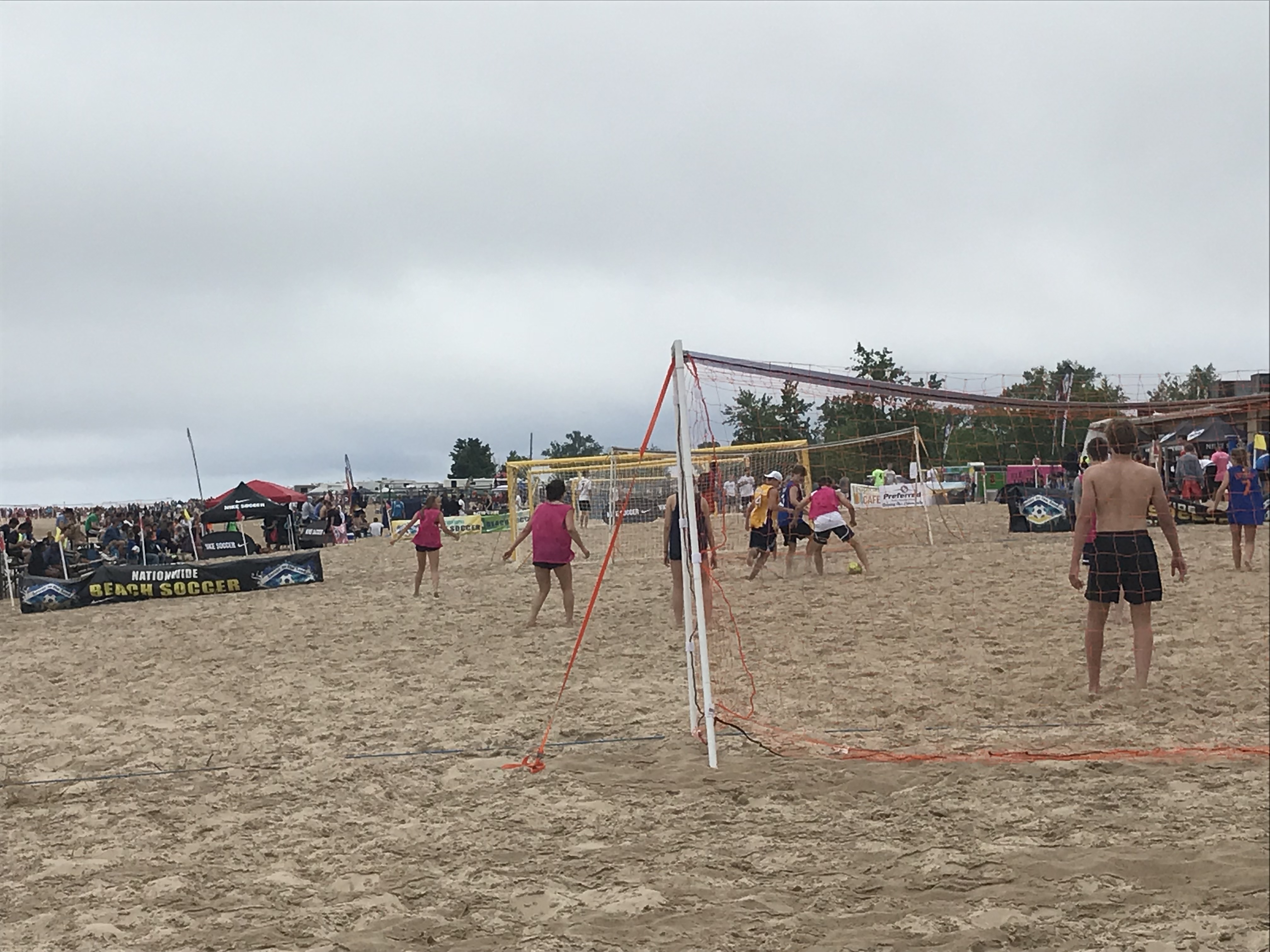 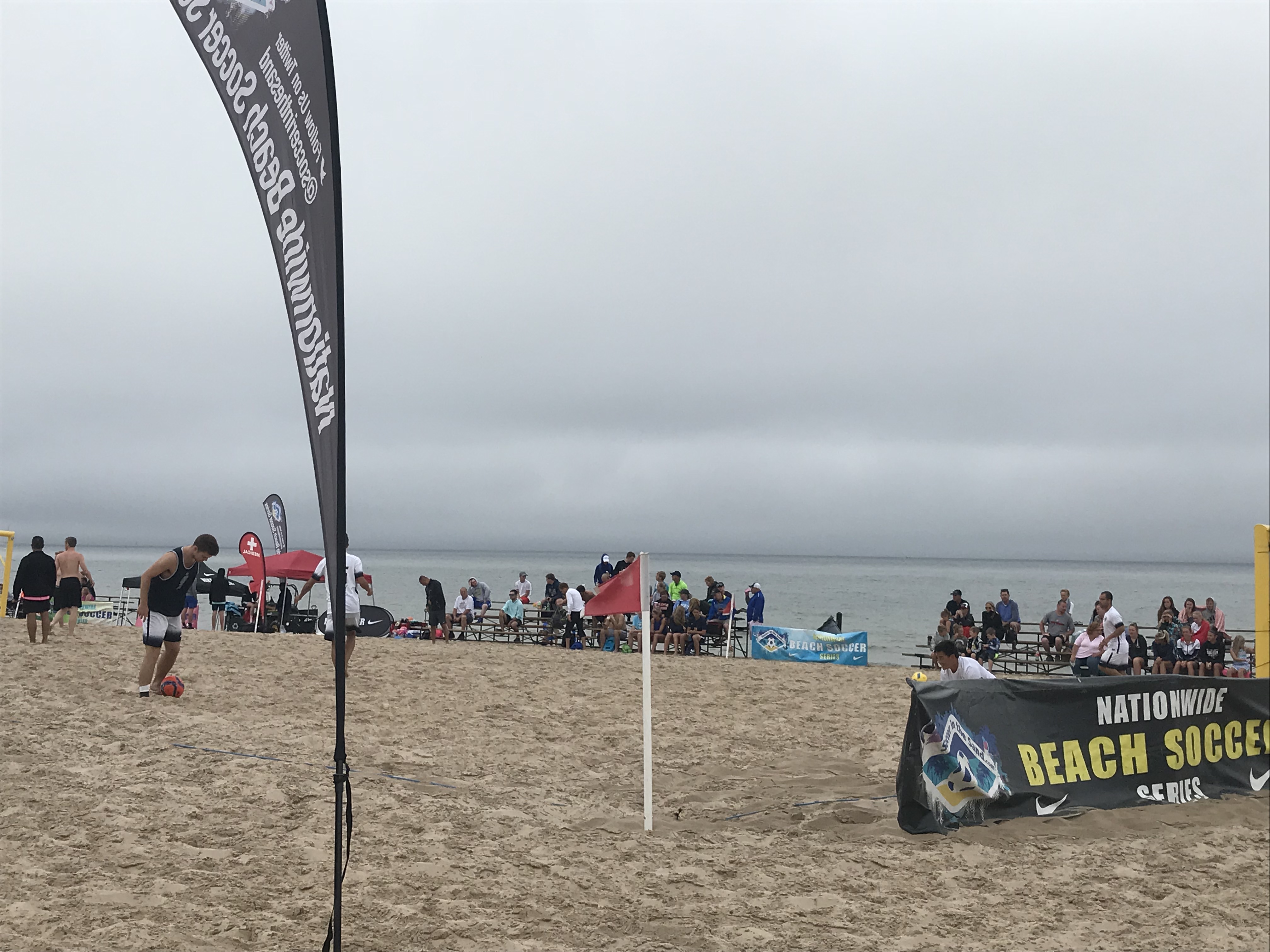 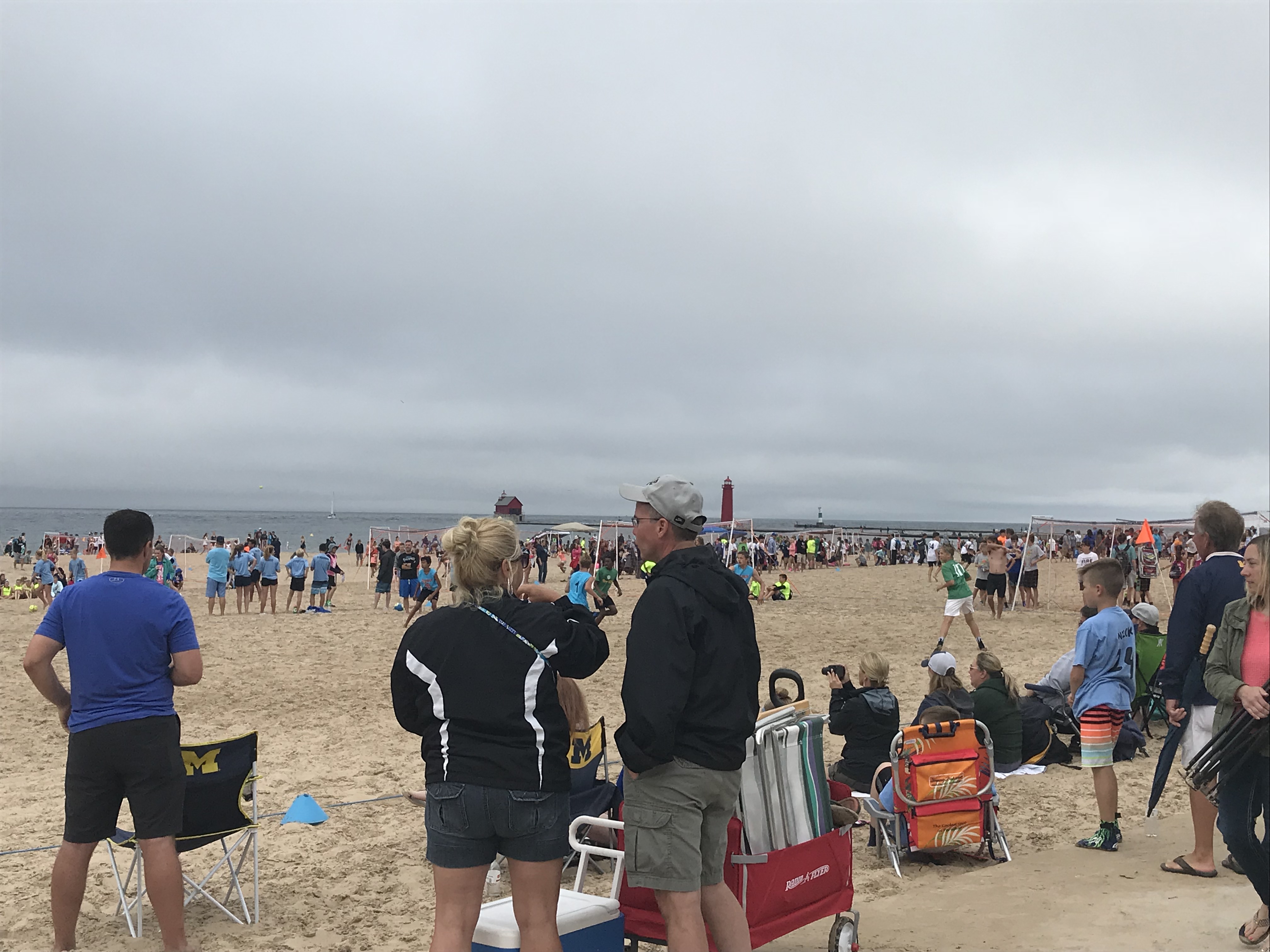 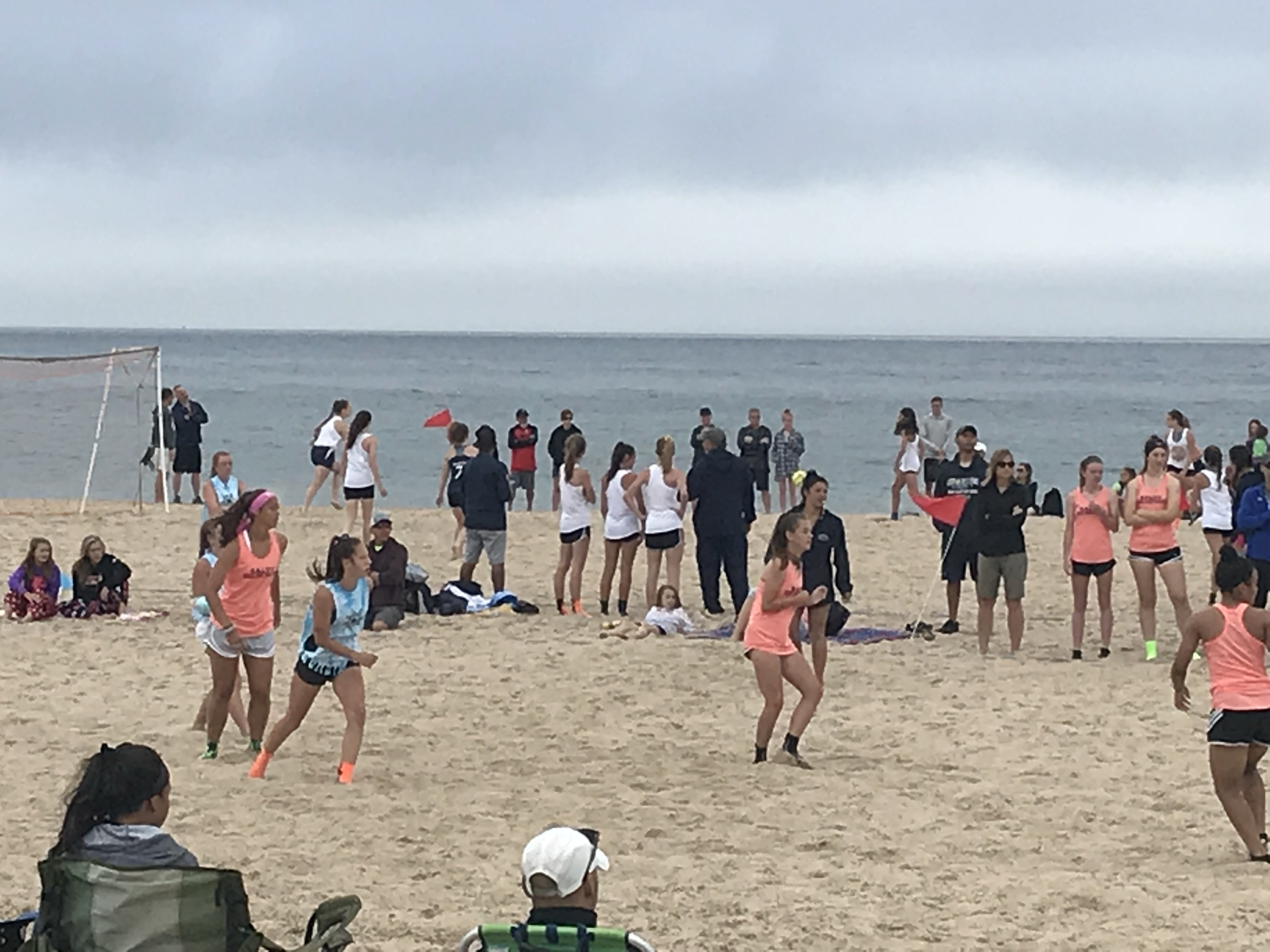