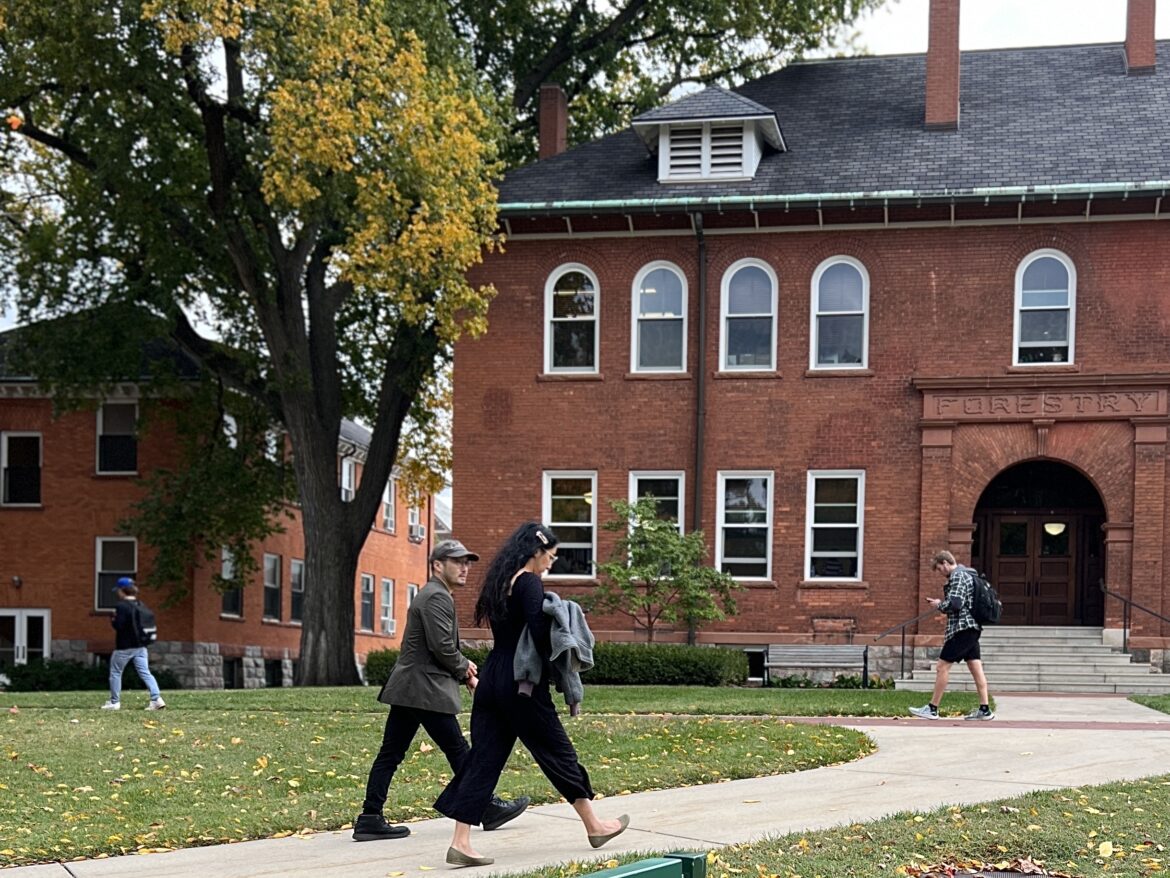 Michigan State University students walk near Chittenden Hall, the home of the graduate school. More than 26 million Americans had applied for student debt relief and 16 million applications had been approved before a federal court judge in November blocked the program championed by President Biden.

While the Biden administration continues a legal fight to save its student debt forgiveness plan, public policy attention is beginning to focus on the causes of rising college tuition.

The average student loan debt for recent college graduates is nearly $30,000, according to U.S News data. That amount has been rising as tuition-driven schools raise fees to keep up with their own costs.

Biden’s plan would forgive up to $20,000 in federal student loans for borrowers making less than $125,000 a year. But the plan — paused due to two legal challenges under review by the U.S. Supreme Court — doesn’t address the root problems of high tuition and won’t help future college students.

For now, federal student loan repayments are paused — as they have been since the early days of the COVID-19 pandemic — while the court cases play out.

But even if the debt relief plan goes forward, it won’t solve the root problem, experts say.

“If you have current debt, there are positive impacts for those people,” said Scott Imberman, a professor of economics and education policy at Michigan State University. “And that’s more about what’s happening after college and not necessarily what’s happening to new students as they come back in and essentially repeat the cycle.

“There’s nothing in there that’s going to necessarily break the cycle.”

Imberman said state governments have been putting less money into public universities. Over the past two decades, state investments declined for higher education institutions while federal spending grew, largely driven by increases in the need-based Pell Grant financial aid program to help students pay for tuition, according to Pew Trusts.

State funding per student in 2015 was only 12% above federal levels and this trend continues today.

“At the same time costs have gone up and what the institutions do has become more varied,” Imberman said. “Demand for education has gone up and that’s led to increased tuition. So, all those kinds of factors come together to kind of have the tuition increases.”

Democrats and Republicans alike have pushed for more to be done to address the rising cost of college tuition.

Republican State Sen. Tom Barrett, who unsuccessfully challenged U.S. Rep. Elissa Slotkin in the race to represent Michigan’s 7th Congressional District, said it’s unfair to forgive one person’s college loans and have someone else who may not have gone to college pay for them.

“I think we need to focus a lot of attention on the universities themselves that have continued to raise tuition rates over and over and over again, far beyond the even high rate of inflation right now,” Barrett said. “And then they are completely off the hook from any of the risk that comes from these loans that the students signed for. I think what we ought to do is make the universities accountable for some of that loan value that they take out.”

Slotkin, too, has said more attention needs to be given to the costs of higher education. She said Biden’s plan doesn’t go far enough.

“A Band-Aid doesn’t do enough for this issue. I’d like to see a few things done, starting with capping interest rates on student loans,” she said in an Aug. 25 Twitter statement. “Interest should be capped for education loans — college, trade school or other skill development — because it’s an investment for society.”

Students at all levels are left in a precarious positions because of the high costs of college, advocates warn. Hannah Jeffery, president of MSU’s Council of Graduate Students, said although many doctoral students receive funding from the university, that funding is not a large amount and Ph.D. students may have debts from their undergraduate programs. Some graduate students also have families to support.

“So, at the end of the day, the graduate student usually gets the bare minimum,” Jeffrey said. “Typically they make about $27,000 (a year).”

And despite that funding, Ph.D. students may have to take out temporary loans to cover emergencies or seek out federal loans or loans from private lenders to cover some college costs.

“Perhaps loans on top of loans, but these loans are short-term,” she said. “In other words, there’s no financial security for some of these students.”