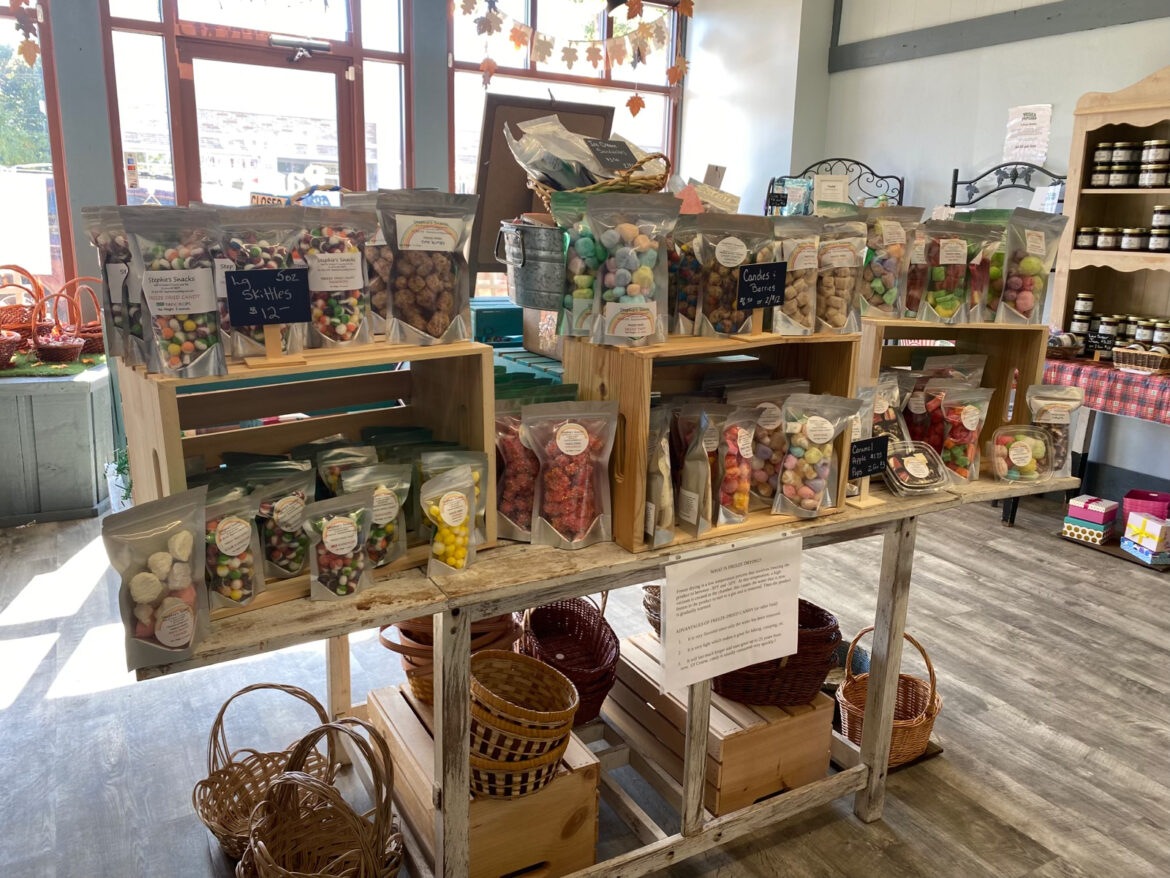 Most businesses across Grand Ledge experienced both ups and downs as a result of the COVID-19 and a number of them are still viable after surviving changes brought on by the pandemic.

Pam’s Pantry, a gourmet food store situated in Grand Ledge, has been open for twenty years. Since they are a licensed food establishment, they were able to stay open legally.

Pam’s Pantry was able to stay afloat during COVID-19 mainly due to the gift baskets they made, which they promoted through emails and Facebook. Regular customers also placed orders for the items they already knew they wanted.

Pam’s Pantry did local deliveries as well. They sent out care gift baskets filled with goods that had ‘Get Well Soon’ messages. They would drive to customers’ houses and leave them on their porches.

Even though these gift baskets were keeping Pam’s Pantry afloat, they lost their main source of income, which came from craft shows and fundraisers for schools.

“It was very scary. We were in here everyday trying to do everything we needed to do to push sales and simply stay alive,” Pam Redman said.

As things started to open up again during 2021, their sales doubled and tripled on their website because some customers were still conscious of COVID-19 and it was easier for them to order online.

Promoting their products on their website, through email and Facebook brought in new customers for them, which increased their sales tremendously.

Redman said they’re not making as much because they’re paying a lot more for the products, but she thinks they are in a better position than other businesses.

“I feel like we’re working hard and we’re not making what we should be, but I think we’re gonna make it through the year,” Redman said.

The outside of Comets Nutrition and Wendy Cornish, the owner, standing behind the counter on Sept. 30, 2022.

Wendy Cornish, owner of Comets Nutrition, opened the business during COVID-19 on December 22, 2020.

They started out small and only advertised curbside pickup orders. They were one of the few businesses allowed to open because they were deemed essential employees.

Even though they opened during COVID-19, they did pretty well since they were getting about 15 to 20 customers a day.

To promote Comets Nutrition, Cornish resorted to advertising their products, including healthy smoothies, teas and aloe drinks, on social media.

During 2021, Comets Nutrition suffered a little bit because as other businesses started opening up, people went to those that they could not go to before, causing Comets Nutrition to see fewer customers.

In 2022, Comets Nutrition have been seeing more regular customers coming in. Cornish attributed some of the success to social media, but she said that it hasn’t helped completely as it doesn’t draw in a whole lot of people.

“Now, we’re starting to come back, it’s starting to be steady from anywhere from 25 to 30 customers a day,” Cornish said.

Preston’s Bar was a grocery store-turned-bar that has been around since 1914. It was owned by the grandparents of the current owner of the bar, Laney Preston. It closed during World War II up until 1979, when Preston reopened it.

“[My favorite part about the bar] I guess, is the people. It’s a pretty friendly bar,” Preston said.

Preston’s wife works at the bar every day. His mother used to work there every day as well until she died. Now, his son has taken over and has been working there for about 13 or 14 years.

During COVID-19, the bar was closed down for the first time for three or four months and then the second time for another month or two.

“But it really didn’t affect us because you know, we’re so well established. It didn’t make a difference. And we were able to do some remodeling and stuff,” Preston said.

Being shut down for some time, the bar did all-right since they were financially stable and the pandemic didn’t affect them at all.

When asked if he was nervous about shutting down during COVID-19, Preston said, “Well, it was like a vacation for me.”