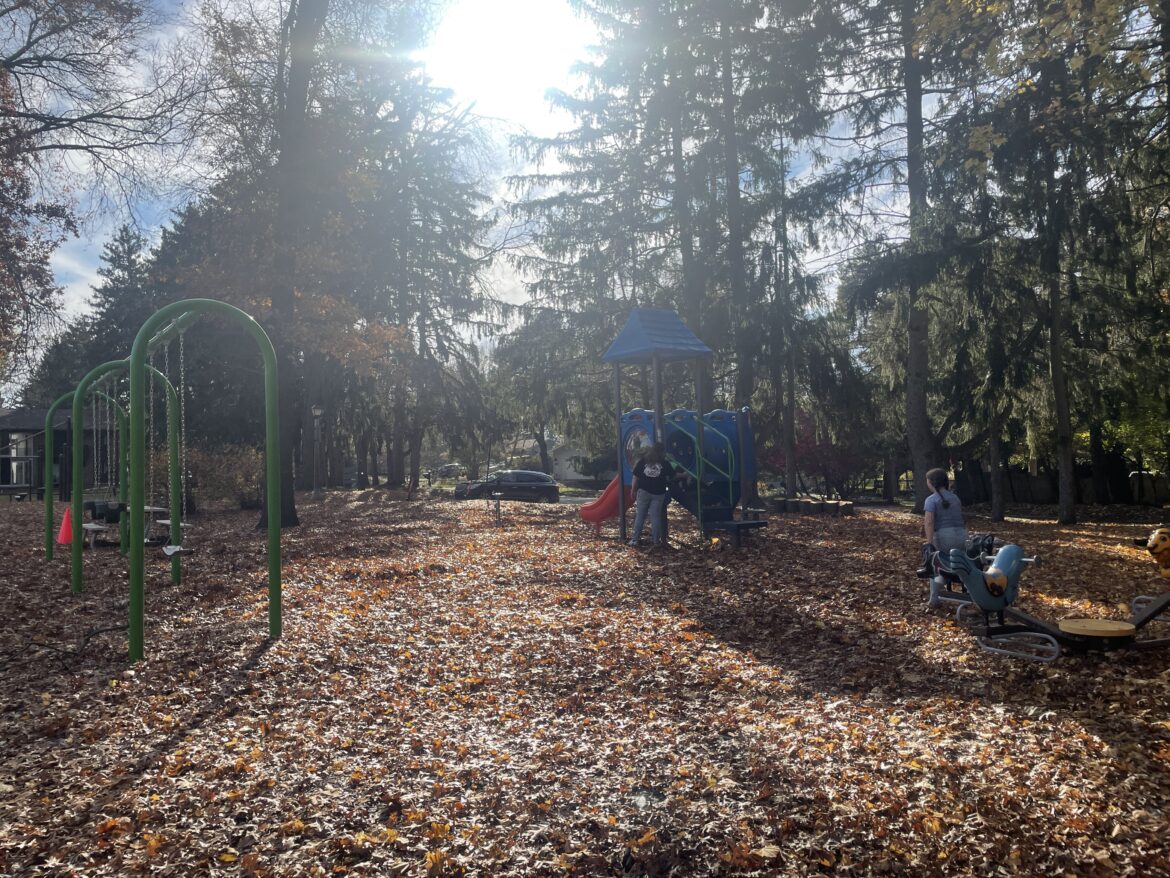 Kids play on the grounds of Emerson Park.

One of the most secluded parks in East Lansing is set to be renovated with almost $200,000 from the state and city. Located at 1138 Arbor Drive, and behind Red Cedar Elementary and Arbor Forest Apartments, Emerson Park’s renovation plans have generated excitement from city officials, and mixed reactions from some residents.

Rose Jacobs is a lifelong East Lansing native, and a regular visitor of Emerson Park. Through her entire life, Jacobs says, Emerson has been a secluded space. “It’s always been the quiet, little sister playground to Red Cedar,” Jacobs said, referring to a park nearby. Plans to expand and renovate and add sidewalks at Emerson Park, along with building a pavilion with electricity, could likely bring more activity to the area. “I personally don’t mind that they’re putting in another sidewalk, but I can imagine that the people who are used to having a lot of privacy may not be thrilled about it,” Jacobs said.

DeShambo said the neighboring community played a significant role in this project. “We did extensive public input with the Red Cedar neighborhood and the community had a very positive response to this project.  We received great, thoughtful feedback and they expressed a lot of excitement and enthusiasm for the proposed park amenities.  Public input is critical to our development of a project.”

Adam DeLay, chair of the East Lansing Parks and Recreation Advisory Commission, also said the proposed updates and added amenities, including hammock stations will all be welcomed additions to the park.“This is a park that has quite a few outdated amenities, and so I think the neighborhood will welcome and enjoy these renovations,” DeLay said.

According to an Agenda Item Report from the City of East Lansing, $115, 560 will be used from the Community Development Block Grant, along with an additional $80,000 from the parks improvements portion of the city’s income tax fund.

Plans include doubling the size of the walkway and installing edging around the playground area. These are included in Phase 1 of the development plan.

Brenda Foster is a nearby resident in the neighborhood located within Emerson Park. She recalled her son playing in the park growing up, and said she hopes the city keeps plenty of space for kids.“I was a little surprised that they were even doing something,” Foster said.

While Foster said she felt the added sidewalk was a good idea, she did express frustration with the lack of equipment. “The playground equipment is a little weird because it’s only for little kids,” Foster said. “When my son was in high school, him and his friend used to just go over to the swings and sit. High schoolers do that, and so I’m kind of disappointed that they switched the equipment just for little ones.”

Jacobs said, “A healthy city is one that invests in young people. We’ve seen how important parks are for community building. I would hope that they think about cross-generational stuff so they have playground equipment for all ages, but they also are welcoming to teenagers, and a lot of benches and safe areas for older people who might want to come and walk. I think that’s what cities should be spending their money on.”

A.J. Evans is a junior at Michigan State, majoring in journalism. After graduation, he plans to venture into sports broadcasting.