The upcoming election year may look different if Michigan Republicans are successful in their petition to rewrite voting laws, and in theory, they could do it with only 8% of previous voters’ signatures, according to the Michigan constitution.

An infographic simplifying information about the law.

Opponents of the bill claim this will make voting that much more difficult, even dismaying voters.

Republicans, however, feel differently about their petition. Many wish to not make this petition a partisan effort and would rather come together from both sides, said Mark Uminn, a GOP candidate for precinct delegate of Oshtemo Charter Township.

Said Uminn, “We think that there’s been a lot of division over the past couple of years, and that we need to come together -Not on ‘we want Republicans’ or ‘we want Democrats’- but rather we want fair elections. And we want our voters, our constituents, to be confident about the results of those elections.”

“I’m very hopeful about the result of this petition,” said Uminn, “and I think that we see that with every single signature that gets added to this petition, and we are very hyped up about this and we’re ready to go. And I think we will see this petition making a lot of headway in the months to come.”

Segment of the Mark Uminn Interview:

While many Republicans believe the bill would simply strengthen election integrity, there is concern from Democrats that the petition would create unnecessary barriers for voters.

“Voting should be easier, not harder,” said Amber Tilley, a graduate student at Central Michigan University and a resident of Isabella County. “I’m worried that laws like this would deter all sorts of people.”

Tilley also discussed concerns about who stricter voting laws would hurt – namely, those in lower income brackets and communities, who may not have the time or the political interest to

jump through the hoops.

“In a democracy, voting should be accessible,” said Tilley. “This law could do the opposite.”

The pandemic and voting

Since the pandemic, there has been controversy surrounding the elections. With the previously implemented social distancing guidelines choices were made to better protect voters at the polls, and with those choices came a divide. However, candidates are still urging voters to participate in any way they can.

Tyson Shepard, the campaign manager for GOP attorney general candidate Matthew Deperno said, “Matt stands firm that we need fair, honest, safe and secure elections. Pandemic or no pandemic that’s a pillar of our democracy; if we don’t have faith in our election systems that’s a problem.” 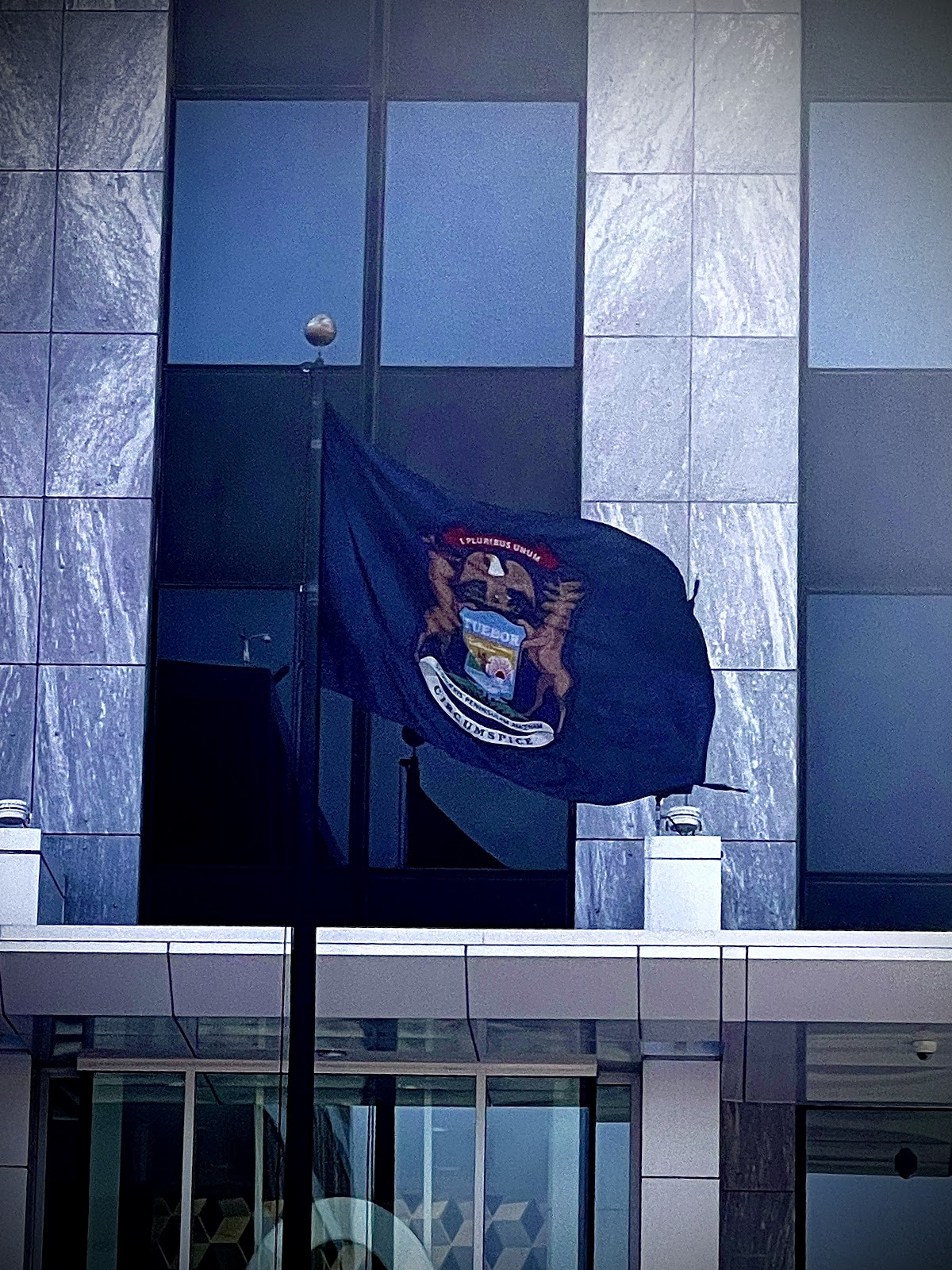 John Markis is a Retired Assistant Deputy Sheriff who favors the petition to rewrite voting laws.

“Lack of security and ID rules when voting could be the result of unfair election results and that can create consequences of electing the wrong leaders. We need to verify that each vote is legitimate,” said Markis.

“I think it is valuable to have legal registered American voters ID and no mass soliciting to random homes,” said Fountain. “Too many absentee ballots are mailed to non-verified homes or to the citizens with names on the ballot.”

How the petition came to be 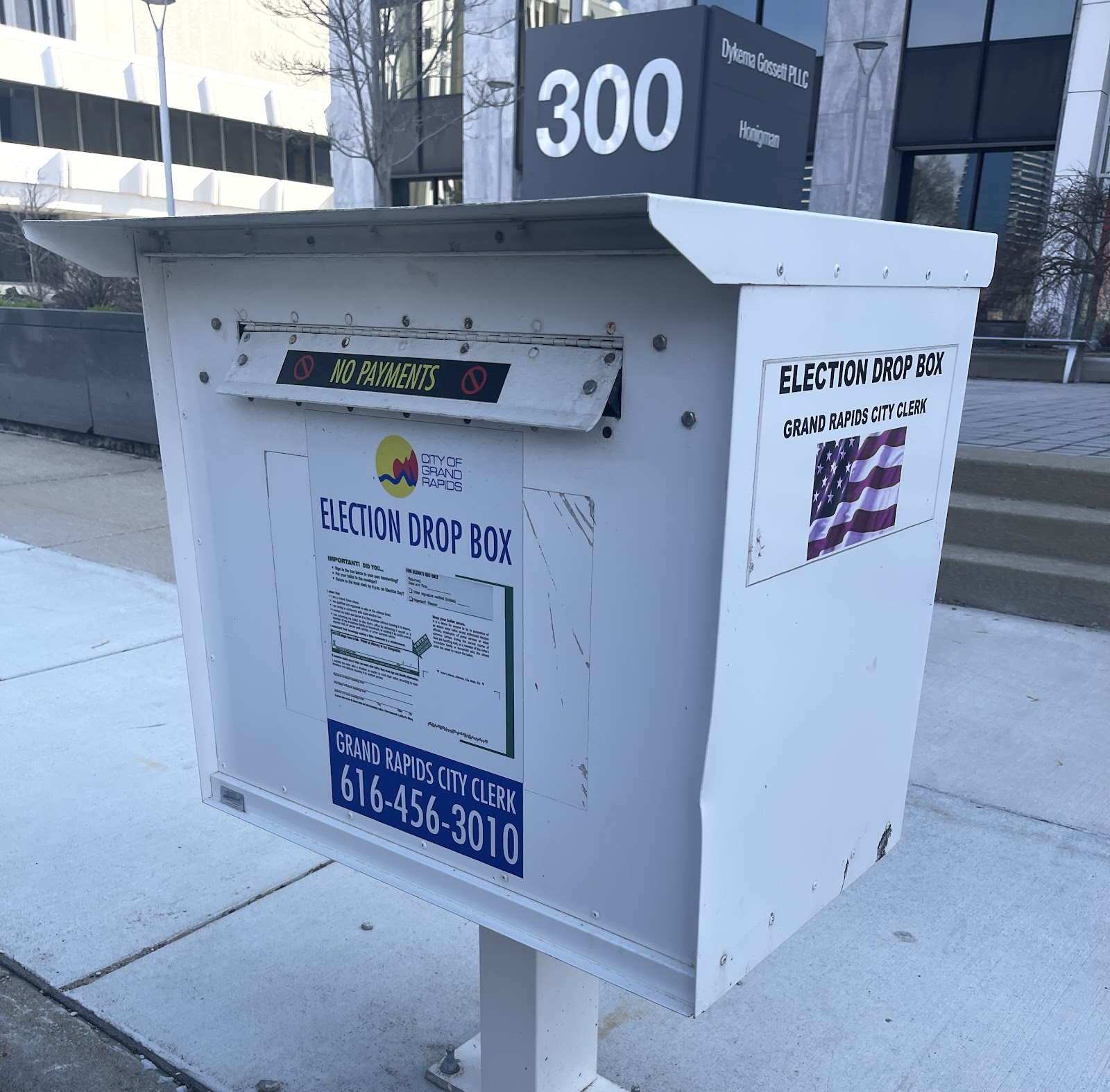 The proposal would also ban outside corporate entities from funding election administration functions.

“For years, I’ve fought for reforms that make it easy to vote but hard to cheat. Strengthening our voter ID law and preventing election officials from sending an absentee ballot application to voters who haven’t asked for one are common-sense changes that would bolster election integrity while protecting the right to vote. Kent County will always conduct its elections transparently and according to the law, but it is premature for my office to prepare for changes in election law based on any ballot initiative at this time,” said Lisa Posthumus Lyons from the Kent County Clerk/Register of Deeds.

My name is Sarah Marilyn. I was born and raised in Grand Rapids. I am critical of myself, my life, my writing, and I am always looking to be the best version of myself I can be. I am constantly seeking new opportunities that can further me in the career as a journalist. I have an undeniable passion for writing and learning. I have a deep drive to study the daily happenings in our own state, country and the world. Outside of work, I enjoy spending time with my family, and supporting local business by creating highlights to add to my @grbucketlist platform.

I am from Mt. Pleasant, Michigan. I transferred to Michigan State after two years at a Mid Michigan College. My major is journalism with a focus on sports, while my minor is history. I cover the MSU hockey team for The State News, and I write for a Red Wings blog.