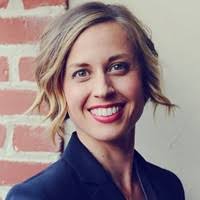 A county health department manager provided an overview to several Ingham County commissioners on a proposed partnership with Advance Peace, which seeks to reduce gun violence in urban areas.

At a county Law and Courts Committee meeting on Feb. 11, Jessica Yorko, manager of the department’s Health Promotion and Prevention Division, explained how the organization operates.

Yorko said Advance Peace focuses on those hurt most by gun violence.

“The crux of this model is that it deliberately involves those at the center of gun violence, shooters and victims, in the approach,” Yorko said. “That is something that sets it aside from some other models that take a more generalized approach in the community.”

Yorko said stakeholders and residents at community forums favored Advance Peace because of its methodology and diverse leadership.

The issue is personal for DeVone Boggan, founder and chief executive officer of Advance Peace. Boggan has lost relatives to gun violence in Ingham County.

Prior to founding Advance Peace in March of 2016, Boggan was director of the Office of Neighborhood Safety in Richmond, California.

When Boggan was in that position, he created the Advance Peace strategy and then worked with philanthropists to bring the strategy to other communities.

The fellowship is an 18-month program that has seven intensive touch points between staff, volunteers and fellows who set their own goals and work with the program to achieve them.

“The community individuals we employ and train to facilitate our work are typically formerly incarcerated community members who have worked to successfully create change for their own lives,” Boggan said.

Yorko said social services navigation is an important part of the fellowship because not many fellows are familiar with government services they can access. Yorko also said Advance Peace introduces fellows into internships and employment to ensure they are set up for success.

Boggan said in many cities a handful of people drive gun violence, but rarely suffer a criminal consequence.

For example, Boggan said that of the 500-plus firearm related homicides in Chicago in 2020, only 12% of the perpetrators were said to be arrested.

“So the point being, unless and until law enforcement can remove these guys who are thought to be responsible for this stuff off the street, we should have additional alternative strategies that get them to reduce their activities or actions within these activities,” Boggan said.

“The one [reason] that has stood out to me the most is that the prevalence of gun violence ultimately impacts educational and employment outcomes for residents, resulting in lower rates of high school graduation and college enrollment,” Trubac said. “If we don’t do our part to prevent that violence, we’re setting our communities up for failure.”

County Commissioner Mark Polsdofer, chairperson of the committee, said the next step is a resolution.

Polsdofer said at the next Law and Courts meeting on March 11, a resolution will be proposed. Then, the proposal would go to the full Board of Commissioners for a vote. Polsdofer said the other step is producing recommendation items for the budget.

“We’re hoping to work with the county controller to see if we can identify within our budget funds that can go for this,” Polsdofer said.

Boggan said Advance Peace works with municipalities to formulate a community strategy where public systems take ownership of gun violence and determine how they can be “a primary lever” to sustain the strategy.

“We support a city’s resource development efforts to secure requisite resources. This includes identifying and securing internal and external resources, as well as supporting local initiatives and bills to do so,” Boggan said.

Trubac said he has tremendous faith in the Health Department and that Yorko did a sufficient job of laying out the case for the partnership.

“I am supportive of the partnership with Advance Peace because I believe in the cause and the objectives of the program,” Trubac said. “We need to invest in our Ingham County communities in order to see them succeed, and Advance Peace has a proven record of success when it comes to reducing violence.”

Jack Timothy Harrison is from Ann Arbor, Michigan and arrived at Michigan State University in fall of 2019. Jack studies journalism, public relations and political theory & constitutional democracy in James Madison College. His journalistic interests include feature writing and political reporting. In addition to the Spartan Newsroom, Jack is writing for the East Lansing Info. Jack was the Michigan Interscholastic Press Association’s best high school news writer and reporter in Michigan in 2019.