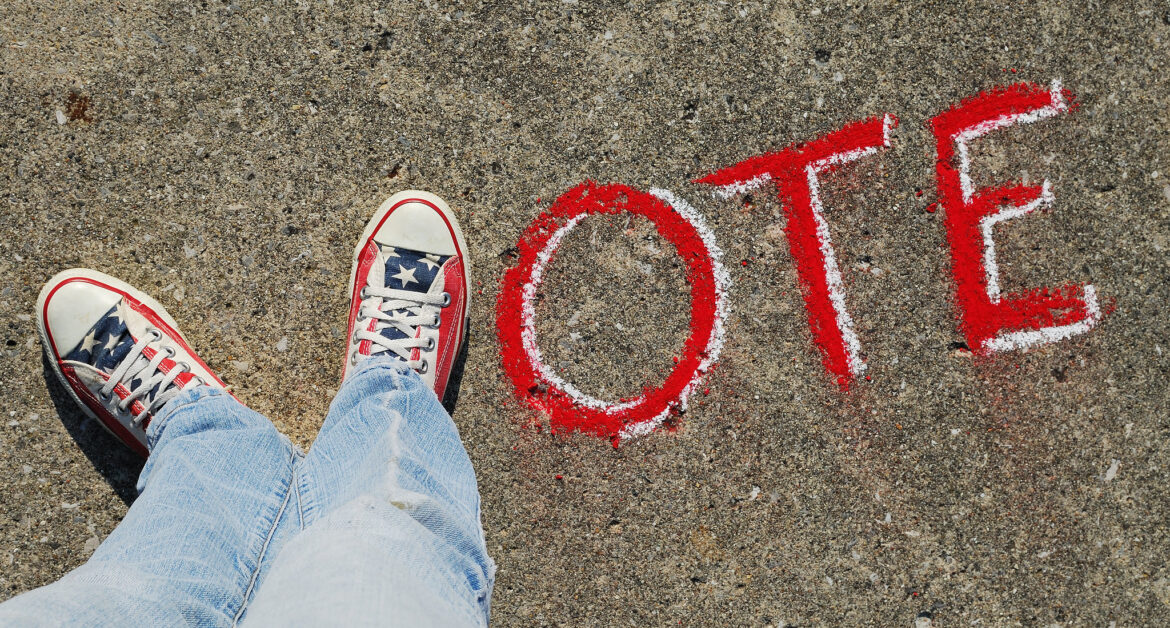 2020 has been a year of unprecedented events, and to top it off we have an election with much on the line including the economy, climate change, health care, civil rights, racial justice, the U.S. Supreme Court and others.

In 2016 candidate Donald Trump won Michigan by a handful of votes, but in 2020 Michigan seems to be leaning toward becoming a blue state. In DeWitt, the opinions of the candidates about the future of the country differ.

One student at DeWitt High School poured out her concern about candidate Trump being re-elected.

“I really don’t see how anyone could vote for that man. He’s a liar,” said Izabella Moore, 16. “The biggest issues that concern me are abortion rights, climate change, better health care amid a pandemic, and most importantly racial justice since I’m half Black, but I feel like the president doesn’t do anything for the issues I care about. I support Biden because he cares about the issues that are important to me.”

Not every young person feels that way about Biden being the next president. Some approve of the job Trump has been doing and don’t see why he should be voted out.

“People are shocked when I tell them I support the president,” said Brenden Klich, a 22-year-old welder. “As a part of Gen Z, people expect me to be liberal because most people in my generation are liberal, but the president has done nothing but benefit this country. The economy boomed and he has saved so many lives during the pandemic. I don’t get why other people don’t see that.”

“Donald Trump needs to win this election because I don’t want the country to be run under a socialist government.” said Viar, a 54-year-old working in law. “The liberal media is fake news. It’s unbelievable. Everything I see it’s always talking bad about Trump. He is a good man and a good president, and probably one of the best presidents we’ve ever had.”

Not everyone in older generations agrees. Haley Boyd expressed unease about the president.

“I just don’t feel like voting for Trump is the right thing to do,” said Boyd, a 49-year-old receptionist. “he cheated on his taxes, he was involved with Jeffrey Epstein, he downplayed the virus and obviously a lot of other things. As an Asian American woman I don’t think he supports me because he called the virus the “kung-flu”… I just don’t trust him and I don’t think I ever will.  Biden could do a better job because he is a decent man.”

“This election will be hard for me to vote in because I don’t like either candidate,” said Susie Sandoval, a 19-year-old assistant manager at Tropical Smoothie. “This is my first time voting and I hate that I have to choose between Donald Trump and Joe Biden. I’m not impressed by either candidate. They don’t seem to really know what they are doing and I want someone younger in office. I’m hoping that I can decide who I want to vote for by November because as of right now it’s up in the air.”

Hello. My name is Jonathan Zinn. I am a student at Michigan State University studying journalism with a concentration in media design. After college I am interested in going into the field of sustainability. Writing is one of my passions as well as sustainability, so I am trying to combine the two for a job after college. I love the outdoors and coffee.