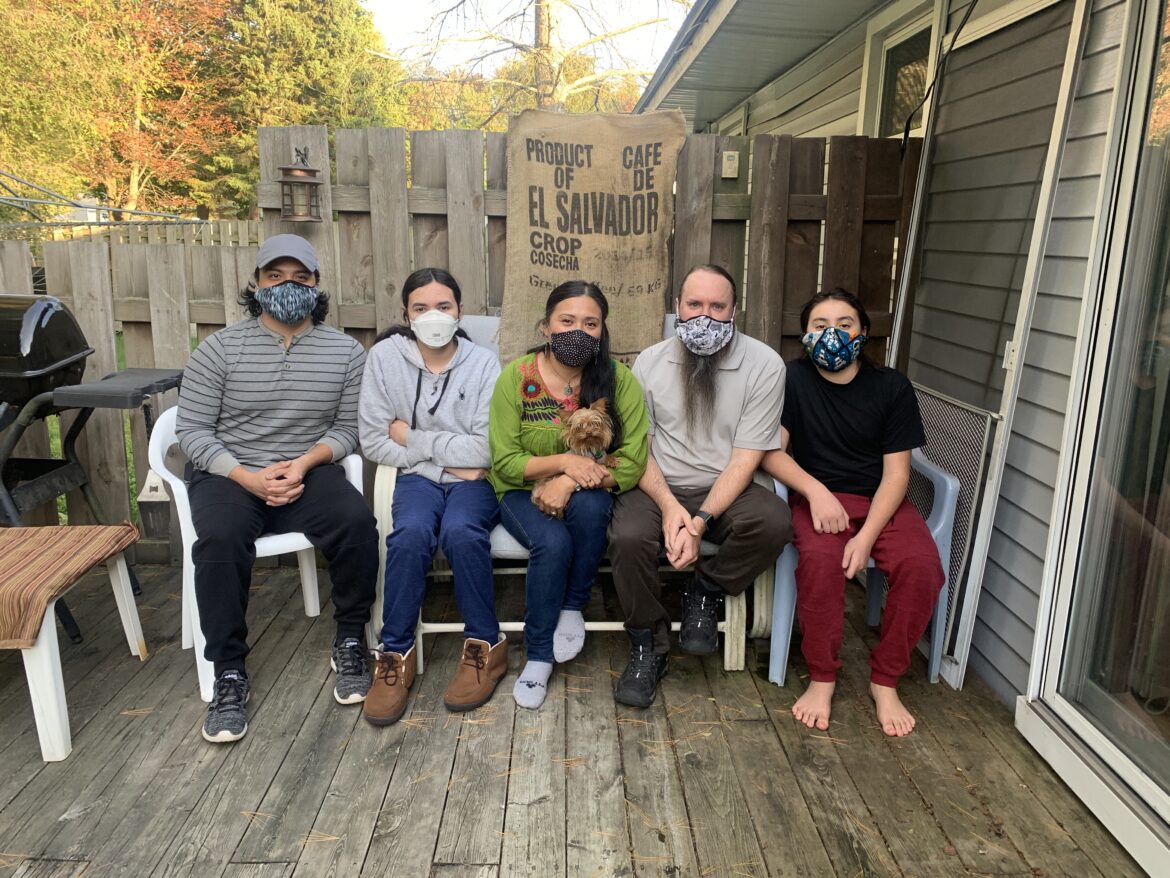 The Freridge family of Haslett, Michigan will be divided at the end October, leaving their family and organization without its mother.

When Iris Freridg, born and raised in El Salvador, first made the transition to America, the documents she brought along with her were abused and discarded by her guide, an El Salvadorian man who aided her to West Virginia. At that time, Iris didn’t think anything of it but little did she know, she was just getting started.

Iris started to prepare for her interview for her green card during the run up to the 2016 presidential elections.

“The administration had now changed,” said husband Derek Freridge. “It took almost a year and a half to get the interview because the administration was remaking homeland security and ICE. The person there was a new appointee under the new administration. They looked at her case, closed it, called ICE, and had her detained.”

Iris has less than 60 days left in the United States. Their new lawyer has filed a stay of removal which will hopefully give Iris another year to live with her family in Haslett. Henry’s citizenship could also be in jeopardy. He is currently protected under the DACA policy (Deferred Action for Childhood Arrivals) at the moment.

“I’m hoping immigration laws will change,” said Derek. “Otherwise, she will have to go back to El Salvador.”

If and when Iris gets deported, she plans on working with the girls in El Salvador while Derek and the family keep the organization funds afloat.

“We have always wanted my mom to be the face of the organization, this is because of her,” said their son Henry. “We know her story and she wants to help others have a better or easier time than she did. We want to take advantage of this situation and create those possibilities.”

Derek and Iris Freridge have lived in Haslett for 11 years with their three children: Henry-,24, DJ,-14,- and Ray,-12. In 2014, the Freridges started a non-profit organization called the Salvadorian Women’s Education Foundation, which empowers impoverished young women in El Salvador to complete high school and college through scholarships.

The organization all started from a thought. Initially, the Freridge family wanted to financially assist Iris’s relatives in El Salvador.

“We have family down there that needed help,” said Henry. “We have money we can give them, why don’t we give it to them since we aren’t using it.”

One kind gesture led to another and in 2014, Derek and his mother Marsha took a trip to El Salavador to visit Iris’s high school. There, they were able to see the love that the kids had for education but the lack of resources.

“We thought it would be better that we could help more people if we started this charity,” said Derek. “My mother, myself, and my wife formed the basis of this charity in October of 2014.”

That upcoming Christmas, the Freridge family asked for donations from their friends and family to build a foundation for the charity.

Starting off, The foundation raised $1,200. With that money they were able to send one girl to school.

With initial success, Derek and Iris began to brainstorm new ways to raise money. One of their friends reached out to Derek about hosting a concert at Mac’s Bar located in Downtown Lansing. Another one of his friends reached out and volunteered his band to play music. The outcome was unexpected.

Derek and the band started hosting heavy rock shows at Mac’s Bar. From those concerts they raised close to $3,000. With that money they were able to send four more girls to school, and six girls that following year.

“Education for women down there isn’t really stressed,” said Henry. “Their role is mainly home life.”

Iris said: “My father didn’t want me to go to high school, he wanted me to get married and have kids. Boys need more education because they have responsibilities, women stay in the house, cook and take care of the kids.”

Iris agrees with Henry that education is not a priority for women because the poverty rate already at 29% is too high.

“I remember my school tuition being 25 cents,” said Iris. “Even that was too expensive, and we needed uniforms too.”

I am a Michigan State Senior double majoring in Communications and Journalism. I enjoy writing, modeling, and bike rides. My inspiration in life is to become a travel journalist.