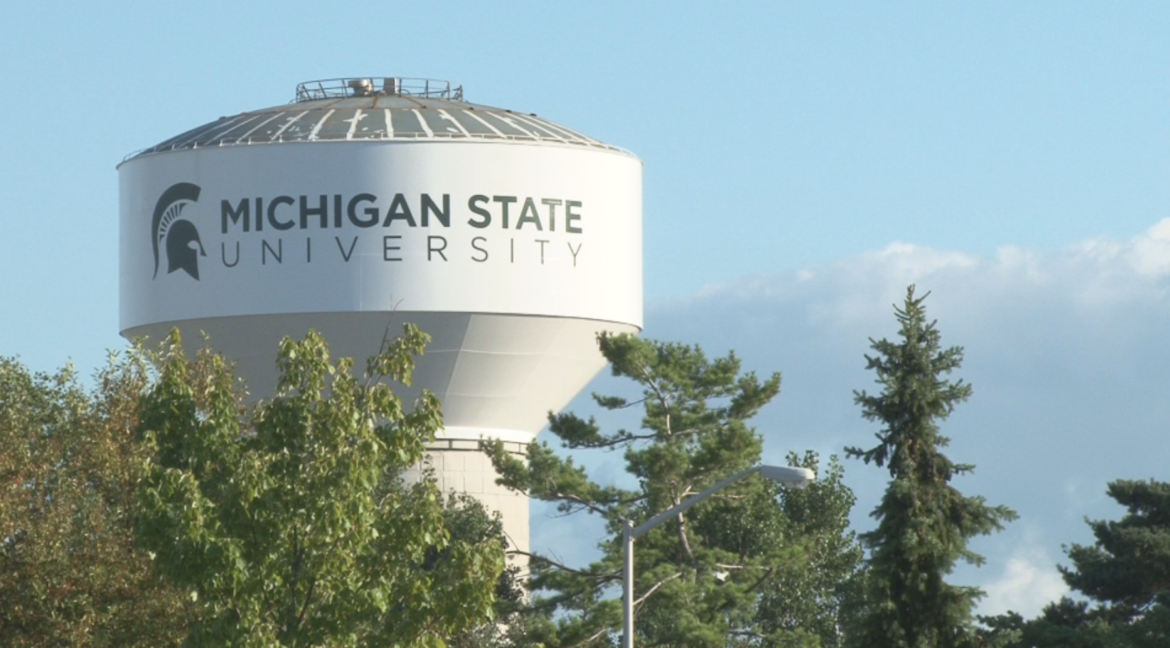 The water at Michigan State has high iron levels, often changing the color and giving it a strong iron taste.

To fix that, Infrastructure Planning and Facilities is constructing a new water filtration plant and water storage tower.

Located on the corner of Green Way and Recycling Drive by the Surplus Store, the 160-foot tall water tower will be used to store water treated at the plant before being distributed through the 75 miles of pipes throughout campus.

“The whole objective was the improve the water quality that’s being delivered to the people on campus,” project manager Bob Nestle of IPF said. “Safety, has never been an issue. That wasn’t a factor and that’s not going to change now.”

Nestle said the water has always been safe to drink, but with the emergence of the Flint Water Crisis, they wanted to ensure that the community felt safe drinking the water.

The 360-ton steel tank was constructed on the ground to make assembly easier.

The process of lifting it took five hours and 28 hydraulic jacks.

Once filled with water, the tank will weigh roughly 11-million pounds.

The $21 million project is set to be complete in November, but after getting state approval, should be running by late December.