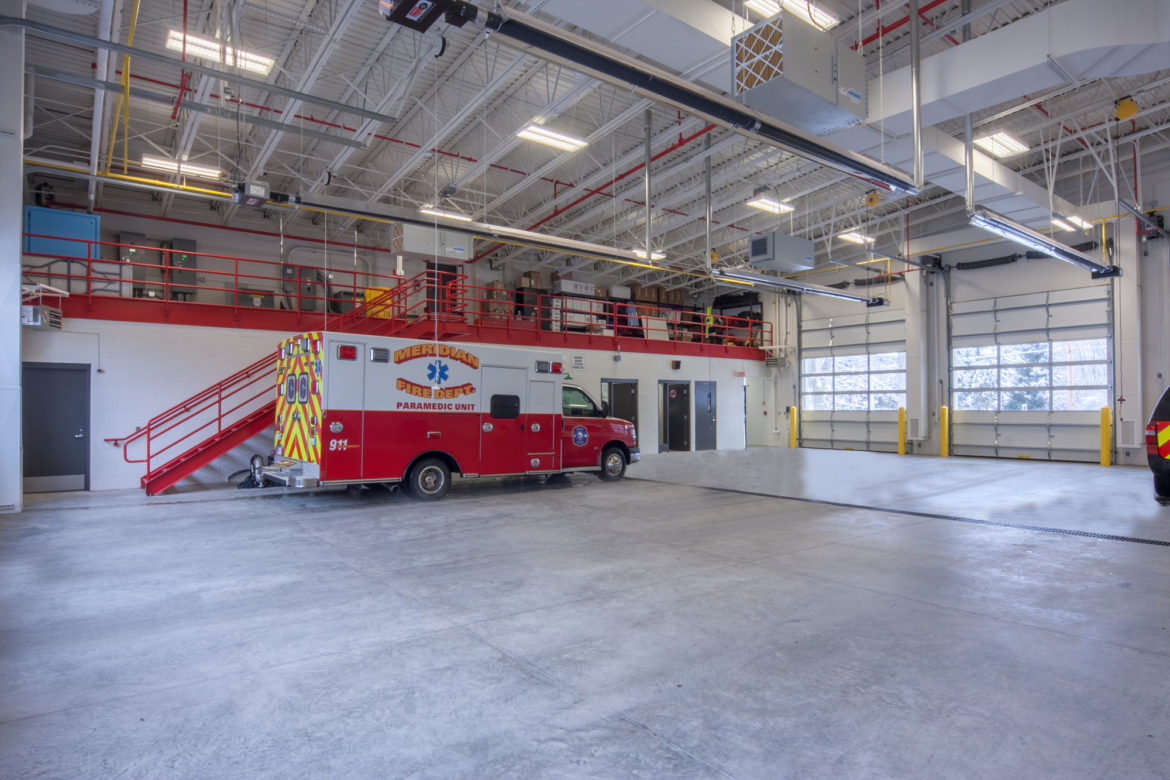 Fire and EMS incidents hit a record high last year, according to the 2018 Meridian Annual Report.

Township Manager Frank Walsh presented on Feb. 5 the report that included all township departments. The Fire and EMS department included a graph indicating the number of incidents from the past 10 years and showed the highest total of 5,217 incidents in 2018 with a second highest of 5,169 in 2017, representing an 43 increase percent since 2009.

Fire Chief Michael Hamel said he is only slightly surprised with these findings. Firefighters are called more frequently now for animal rescues such as cats stuck in trees or pets that walked onto thin ice.

“Yes, we knew the trend was always going up,” said Hamel. “We continue to have an increase, but that’s kind of the way the country is right now. They call for animals more than they used to.” The highest reported fire incidents in 2018 were contained kitchen fires, according to the report. Although not as dangerous as building fires, which are second highest, they are still treated with as much caution, said Hamel.

“For us, everything tends to be an emergency,” said Hamel. “Last year I remember there were two residents burned by a grease fire. We had to pull a three-year-old boy out whose parents left him alone.”

The highest record of EMS incidents in 2018 were falls. The report said this is due to an aging population and the increase of senior living facilities. Jude Herrera, a manager at New Life Assisted Living, 5905 Edson St., said there are protocols in place when one of the residents falls.

“First, we have to assess the situation,” said Herrera. “If a patient is in hospice or PACE (Program of All-Inclusive Care for the Elderly), then we have to notify that agency right away. In the rare chance the patient doesn’t have any of that then the family will come check it out.”

The annual report also said the high number of fire and EMS incidents correlated with Meridian’s population increase. Chris Buck, Meridian’s economic development director, said the township has taken a stance on supporting the fire and EMS staff as a result of the growing population.

“A lot of work’s been done in the last couple of years to allocate better funding to make sure the fire and EMS staffing is where it needs to be,” Buck said.

Last year an added millage made it possible for two firefighters to be added to the staff. Hamel said this is significant when the job gets tough.

“If a fire comes in we have to jump from ambulance to engine,” said Hamel. “Some days we have a little more staffing which helps tremendously.”

Hamel said the 32 miles his team covers is large for the department. In order to prevent the coverage area from increasing, Buck said the economic development department is working on building new neighborhoods between other subdivisions and schools instead of spreading out into empty acres on the east side of town.

“They may need to cover more front doors but the goal is that the geographic footprint they’re serving remains pretty much the same,” Buck said.

Hamel said there is pressure on the firefighters with the growing fire and EMS reports, but he isn’t worried.

“Firefighters adapt and overcome and take on the challenge,” said Hamel. “We want to make sure people get taken care of.”