According to The Detroit News, former vice president Joe Biden spoke to an audience of more than 2,000 people.

When Anna Jullie, a Michigan State University junior, heard that Joe Biden was going to be speaking at a local democratic rally, she announced the news in her group chat and made sure to gather a group of peers to join her for the event.

“My friends had never been to a rally so I had to break them into the rally world and show them what it is like,” said Jullie. Anna Jullie said that her friends loved participating in the rally even though it was the first one they had ever been to.

Mark Middleton, a Haslett resident, also said that Whitmer’s speech stood out to him.

Middleton said: “She is way ahead in the polls but she did not act like it tonight. She acted like this was still a race and she really fired up the crowd.”

The main objective of the rally was to promote the value of voting which is an issue that Middleton is concerned about.

He said: “As a progressive and a Democrat, it bothers me that young people do not come out to vote especially in midterm elections because they have the power to change their own world and change their own lives and I do not know why they do not take advantage of it.”

Bella Hadley, a Michigan State University sophomore, said that she believes millennials do not feel that their vote matters. Bella Hadley said that she wants her generation to get involved in the upcoming midterm election.

She said: “I think as we watched the 2016 election happen, that idea was solidified because you know Hillary (Clinton) had the popular vote but the electoral college really is what carried it. I think that they are thinking along the lines of, ‘If I do not vote today, it does not really matter because what is going to happen is going to happen anyways.’”

Hadley said it is important that her generation and millenials know that midterm elections are just as crucial as presidential elections.

“There is a chance for real change to happen now,” she said. “We do not have to wait two more years.”

When Slotkin spoke at the rally, she emphasized the importance of not only voting but also knocking on doors, making calls and convincing others to vote.

Lansing resident Vivian Bodiford said that she went out and canvassed for Slotkin to make sure people were aware of her qualities.

“I want to support Elissa Slotkin because I believe in what she stands for and I believe that she will do a good job,” said Bodiford.

Lansing resident Chris Steele said that he has also canvassed for Slotkin a few times because he has faith that she can win even in unlikely circumstances.

Steele said: “This is a heavily gerrymandered district. It is very difficult for democrats to win this district. The cards are stacked against us but I see Elissa having the ability to break through.” Jimmiel (left) and Vivian Bodiford (middle) said they met Chris Steele (right) at a previous Elissa Slotkin campaign. Now they are at Get Out The Vote rally to continue supporting Slotkin.

In the midterm election, voters have the opportunity to change the circumstances in which elections are held by voting yes on proposal two which seeks to end gerrymandering.

Middleton said he voted yes on all three proposals through absentee ballot but No. 2 was particularly important to him.

“I do not think that either Democrats or Republicans should be allowed to draw districts that favor them just because they have power,” Middleton said. “I think having a nonpartisan committee do it is good for everyone.”

Janice Butcher, a Michigan State University alumna and retired teacher, said that she chose to come to the rally because she has been supporting Slotkin since day one but seeing Joe Biden was the icing on the cake for her.

“Listening to Joe Biden’s speech was like listening to your grandfather even though my hair matches his,” she said jokingly.

The former vice president extended his support to democratic nominees like Slotkin running in the upcoming election and encouraged voters to “choose hope over fear.” 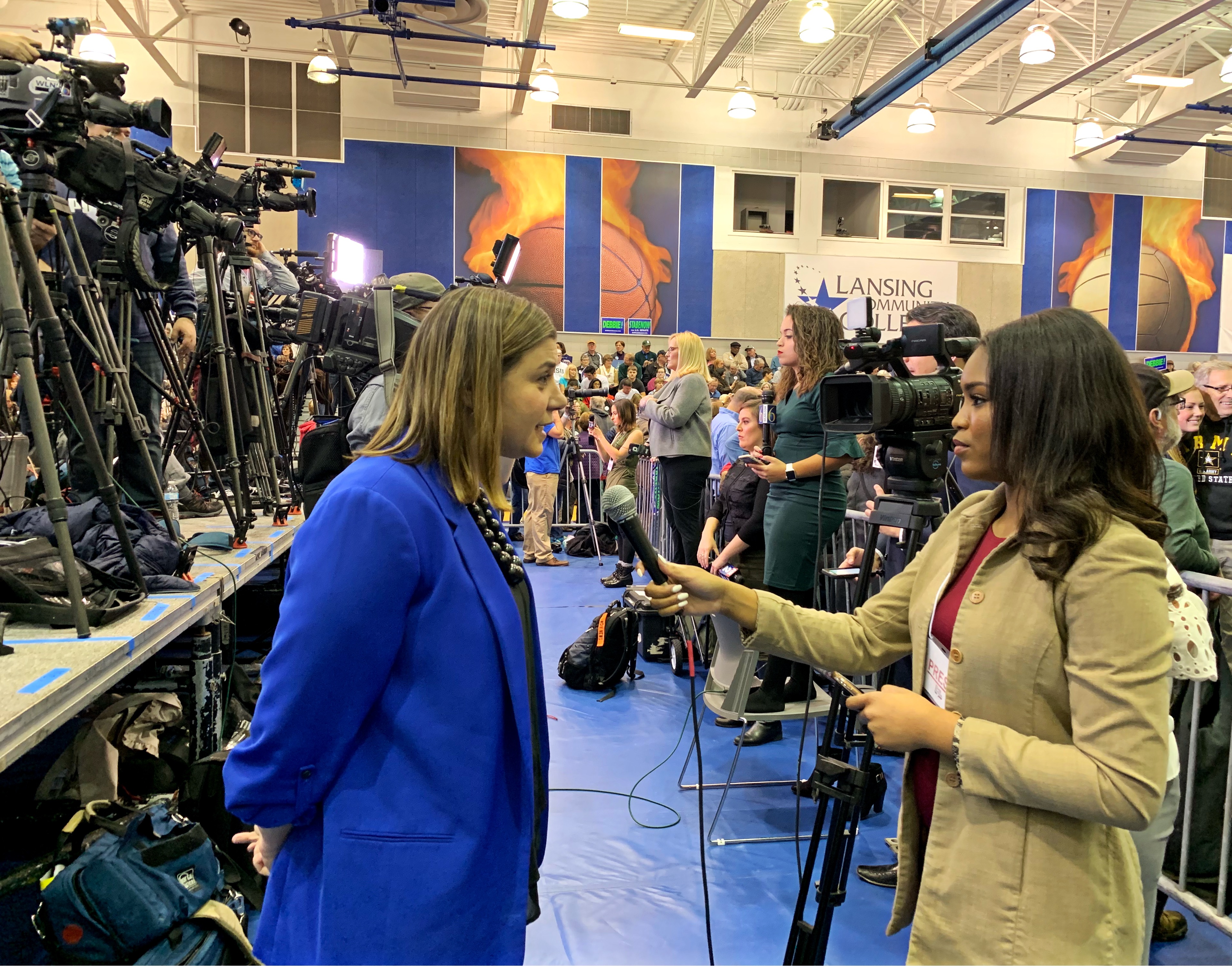 Elissa Slotkin being interviewed by the press. 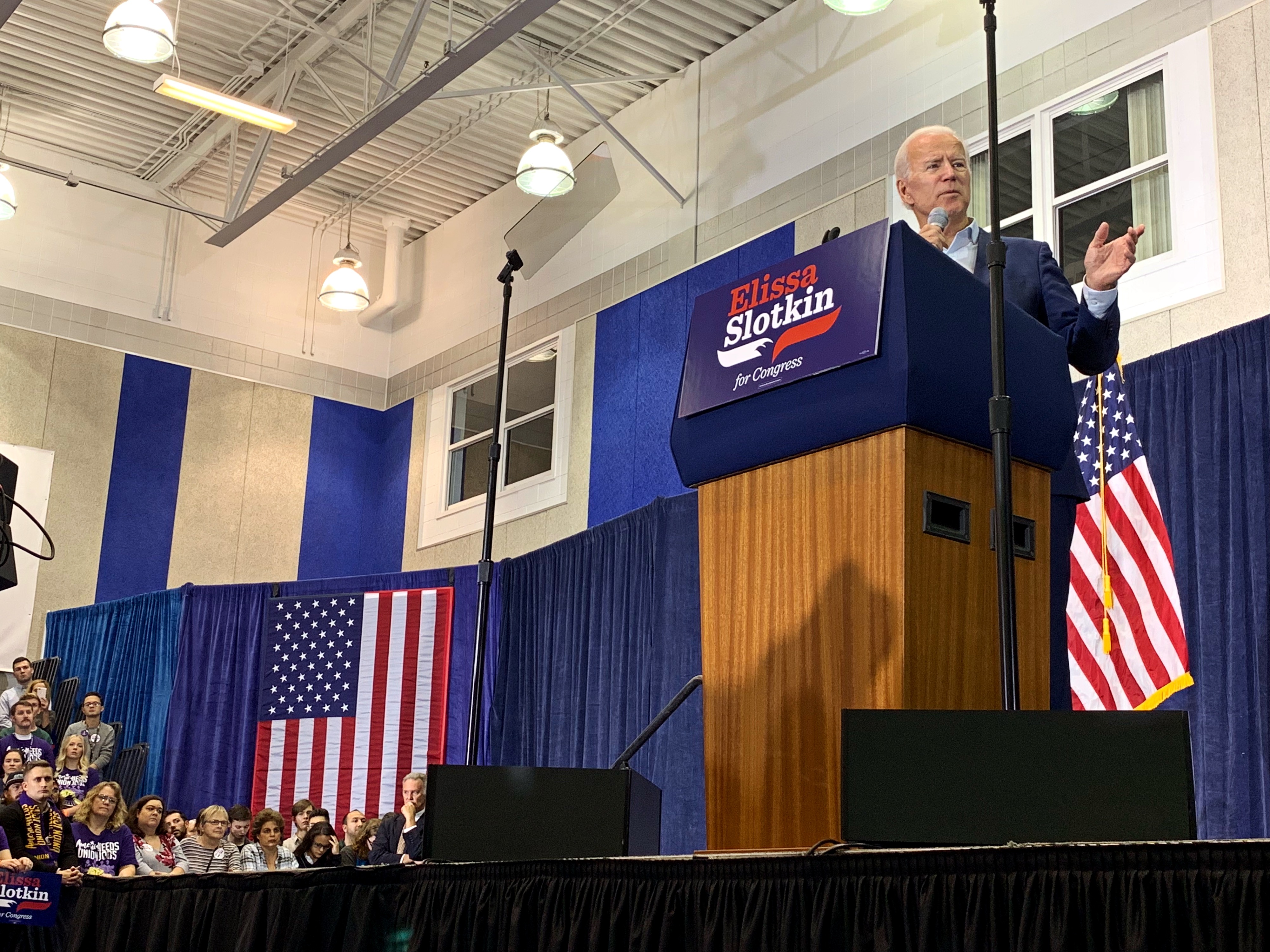 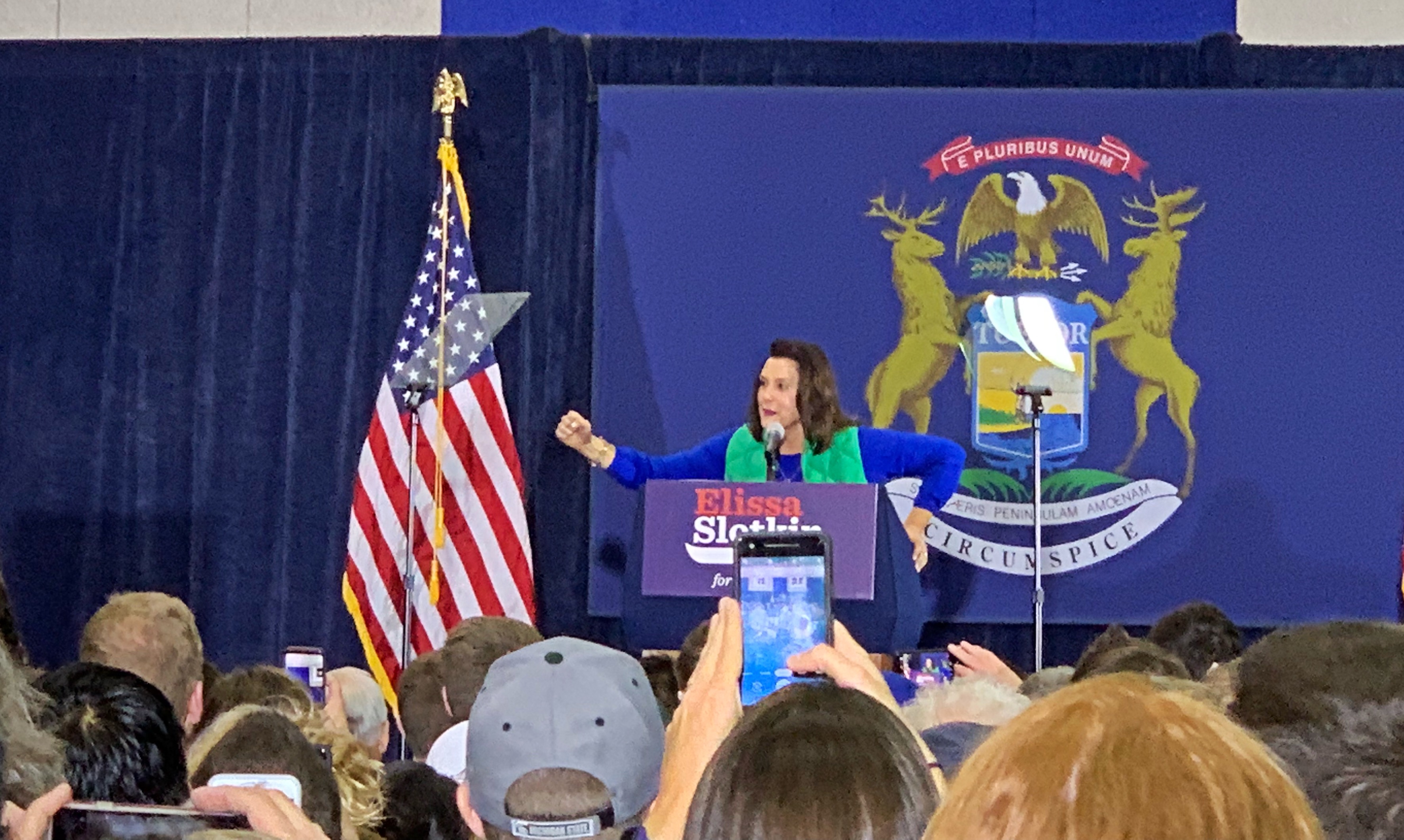 Gretchen Whitmer firing up the crowd at a 2018 political rally. 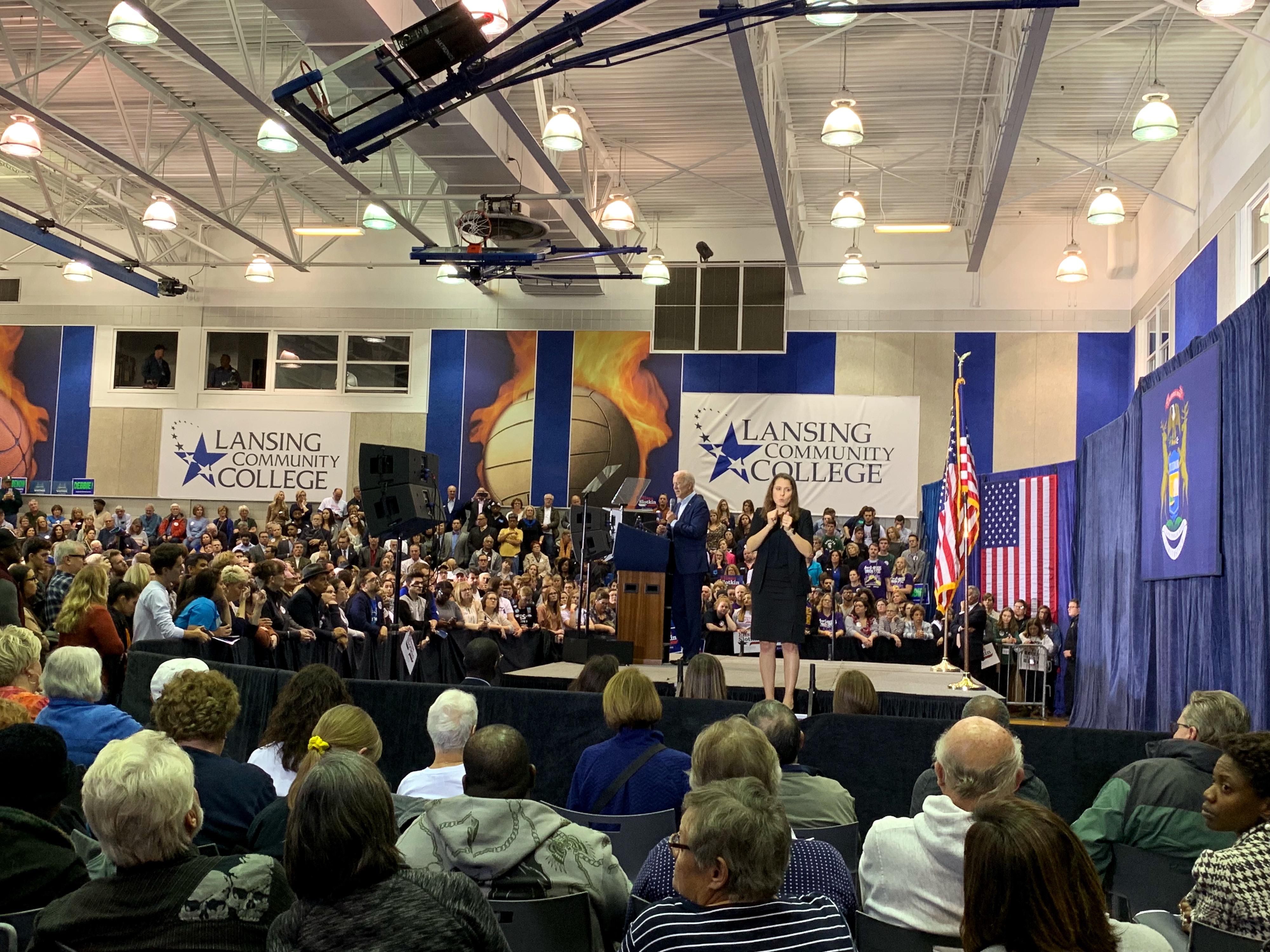 The rally was held in the Gannon Gym on Lansing Community College's campus.