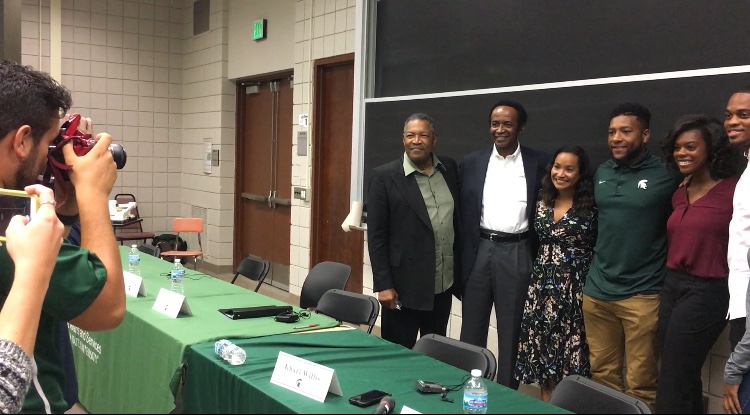 A documentary film about racial tension on-campus in the 1960s premiered this week.

“Through the Banks of the Red Cedar” focuses on student athletes who faced racial hardships while playing the sports they love.

Film maker, Maya Washington, learned about her father, Gene Washington, struggle with diversity back in the sixties.

She compared her father’s experiences to what student athletes face now.

Maya Washington says what her father went through helped pave the way for student athletes today.

“There’s still work to be done,” Washington said. “African Americans and African American athletes face some unique challenges but, because of the work that my dad’s generation did, those challenges are a little bit different. They’re kind of not quite as extreme.”

Washington plans to travel all over the country to show the documentary film.