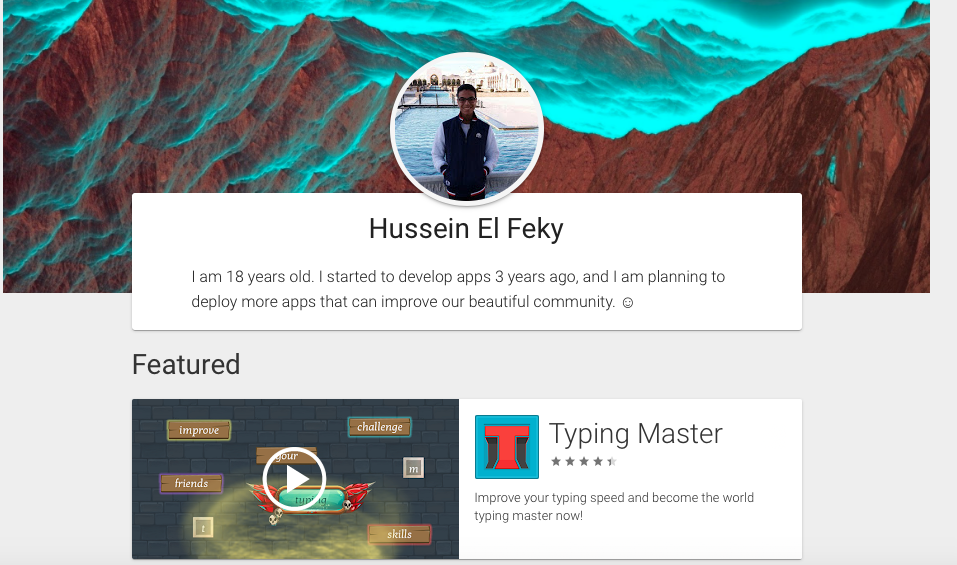 Hussein El Feky first became interested in programming when he was 13. What started out as a passion for building things, ended up developing into a love for program and application building.

“At that point, I only learned a lot of basic concepts from random articles on the internet,” he said.

“My first phone was an Android device, and I can easily say I fell in love with the operating system,” he said.

As a completely self-taught software developer, El Feky relied on websites and YouTube to gain knowledge. He then found a site, Stack Overflow, which put him in touch with other developers who led him to using Google’s documentation.

“I found it was the best way when it comes to learning Android development on a deeper level,” El Feky said.

“This is considered a bit slow,” El Feky said. “It was my first app, so the learning curve was steep, especially because I was also in school.”

Inspired by having to always calculate his friends’ GPA’s, El Feky decided to build an app so that they could do it themselves. “My main goal was to have fun,” he said. Since application development was a field that he wanted to go into, El Feky decided why not start learning and creating early on.

El Feky researched his competitors and decided that none of the current GPA calculators met his needs. He decided to take it upon himself to further enhance his app and publish it on the Google Play Store.

His app was the first in the Play Store that had a custom GPA scale option, which allowed the user to enter their own GPA scale to match that of their institution.

“I was super obsessed about the app installs and the app rating,” he said, recalling his first five-star review. “I felt so accomplished.”

The app was well received, with a 4.5-star rating and over 10,000 installations, but it is by far not his most popular app. Typing master, a game that was designed to improve typing speed in a fun manner, has over 300,000 downloads and was ranked number 15 in the ‘World Games’ category in India.

“I am constantly working on all of my apps and always will be,” El Feky, now 18, said. “I found that in India, Typing Master was perceived as more of a learning app.”

This inspired him to focus on developing the game so that he can reach his next milestone; half a million installations.

To El Feky, programming became a way for him to express himself.

“My ultimate goal is to never stop learning, try new technologies and most importantly, create.”

I am a reporter with the Spartan Newsroom currently covering public affairs in Old Town Lansing. I am a Senior at Michigan State University majoring in Journalism with a double minor in Dance and Health Promotion.