He said he arrived at 7 a.m. with the basement floors still dry, but the water began rising rapidly.

“We’re holding back another foot-and-a-half of water. So, we would be (at) about three feet if a window or door broke,” he said. 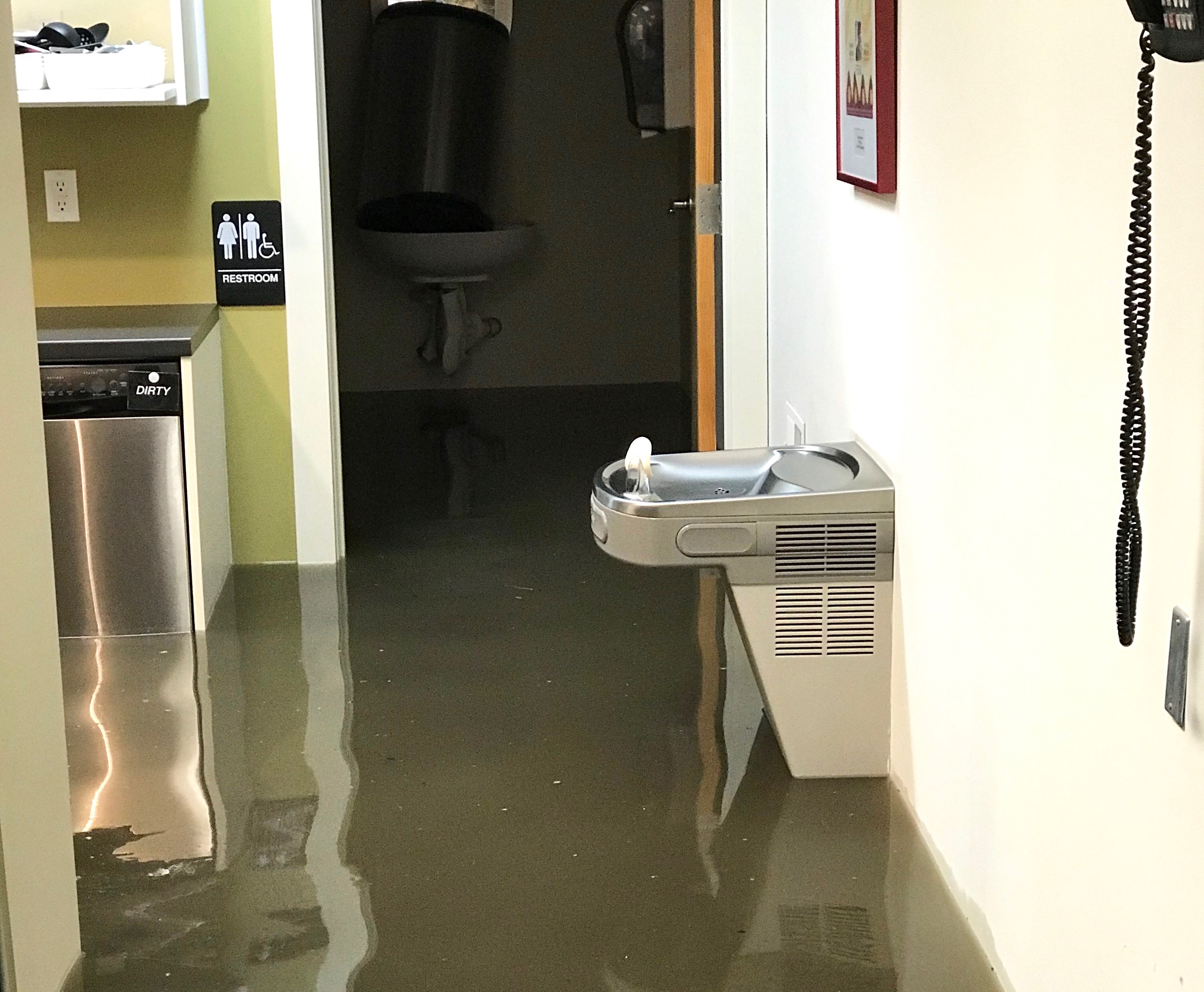 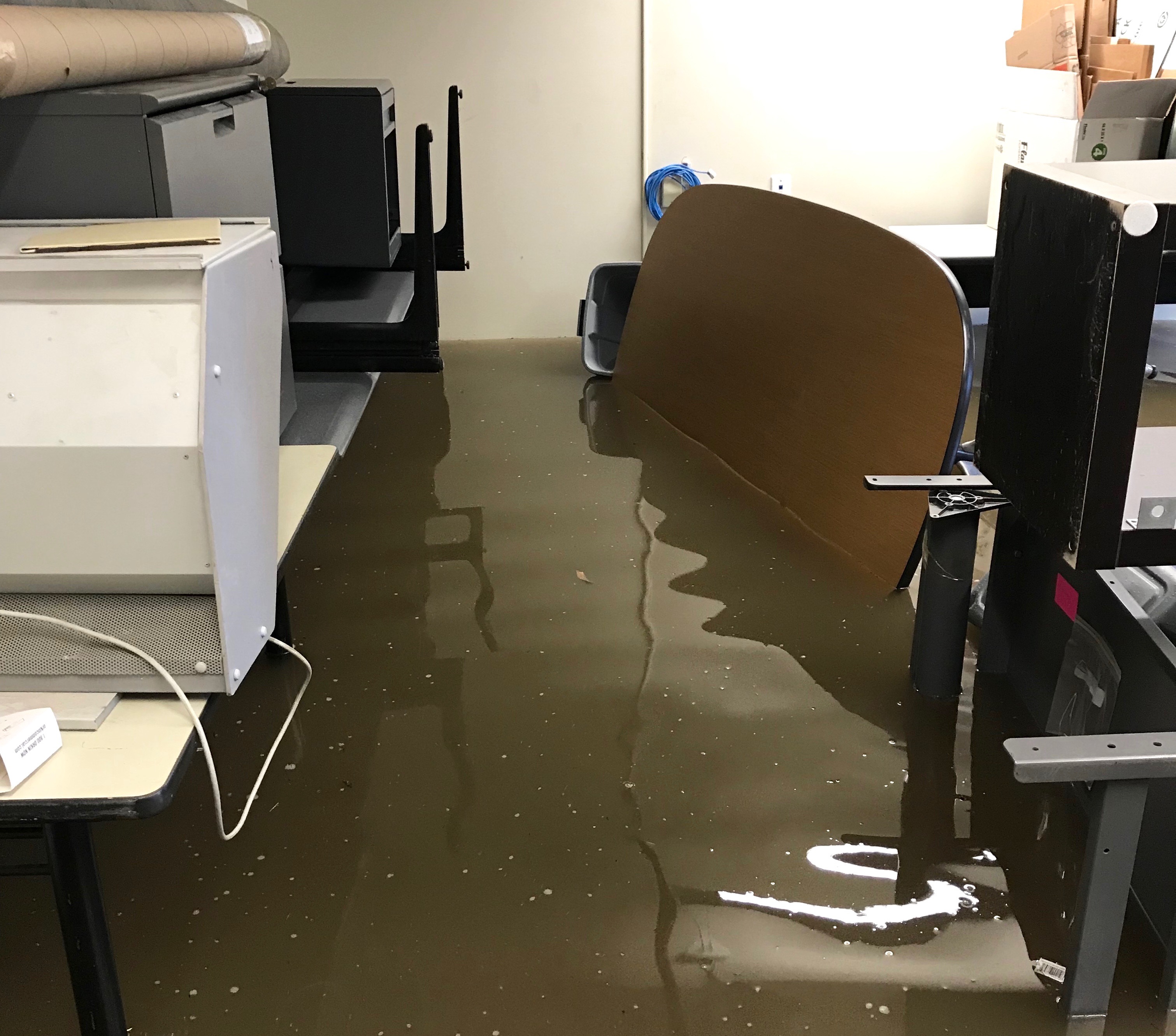 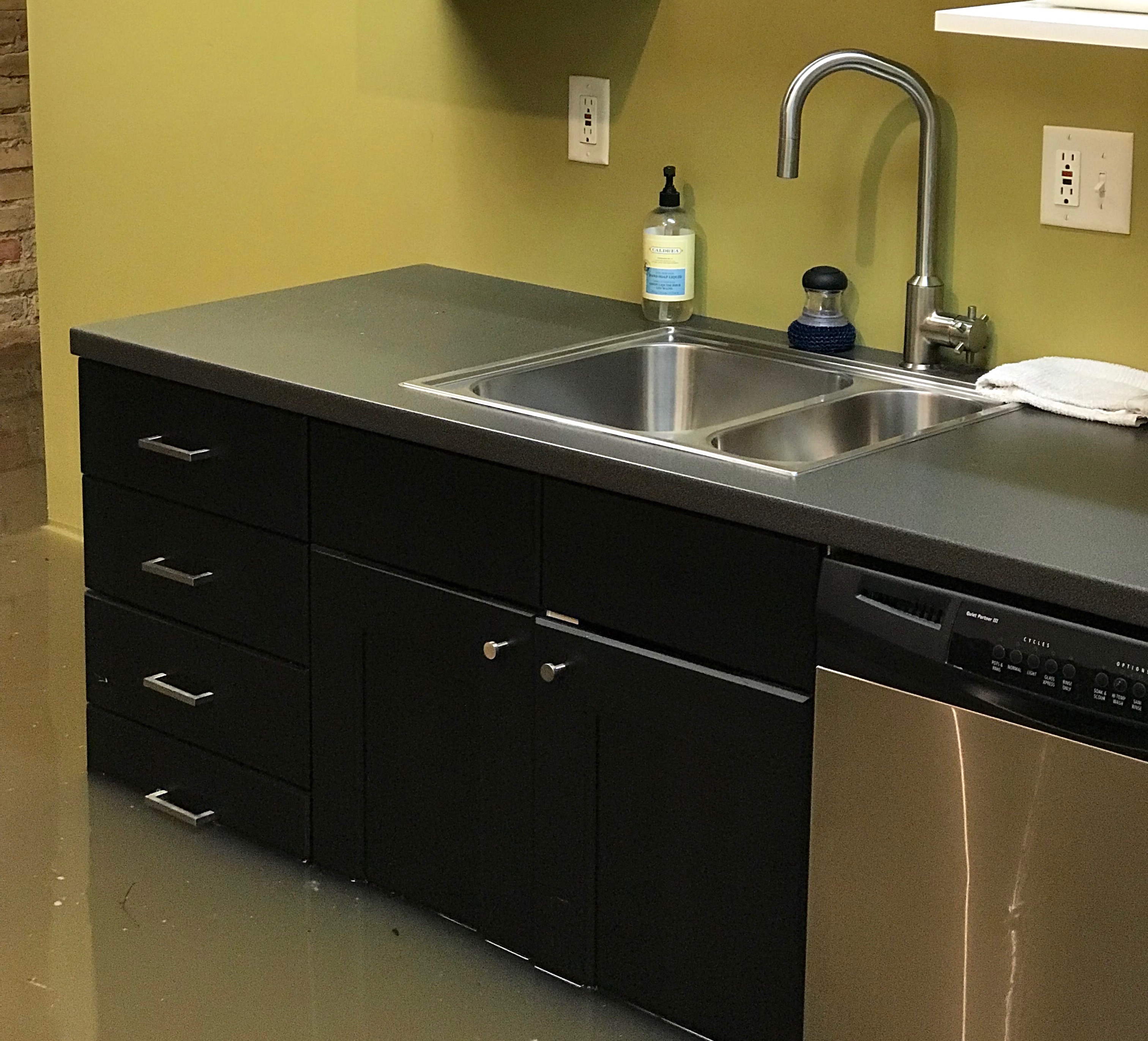 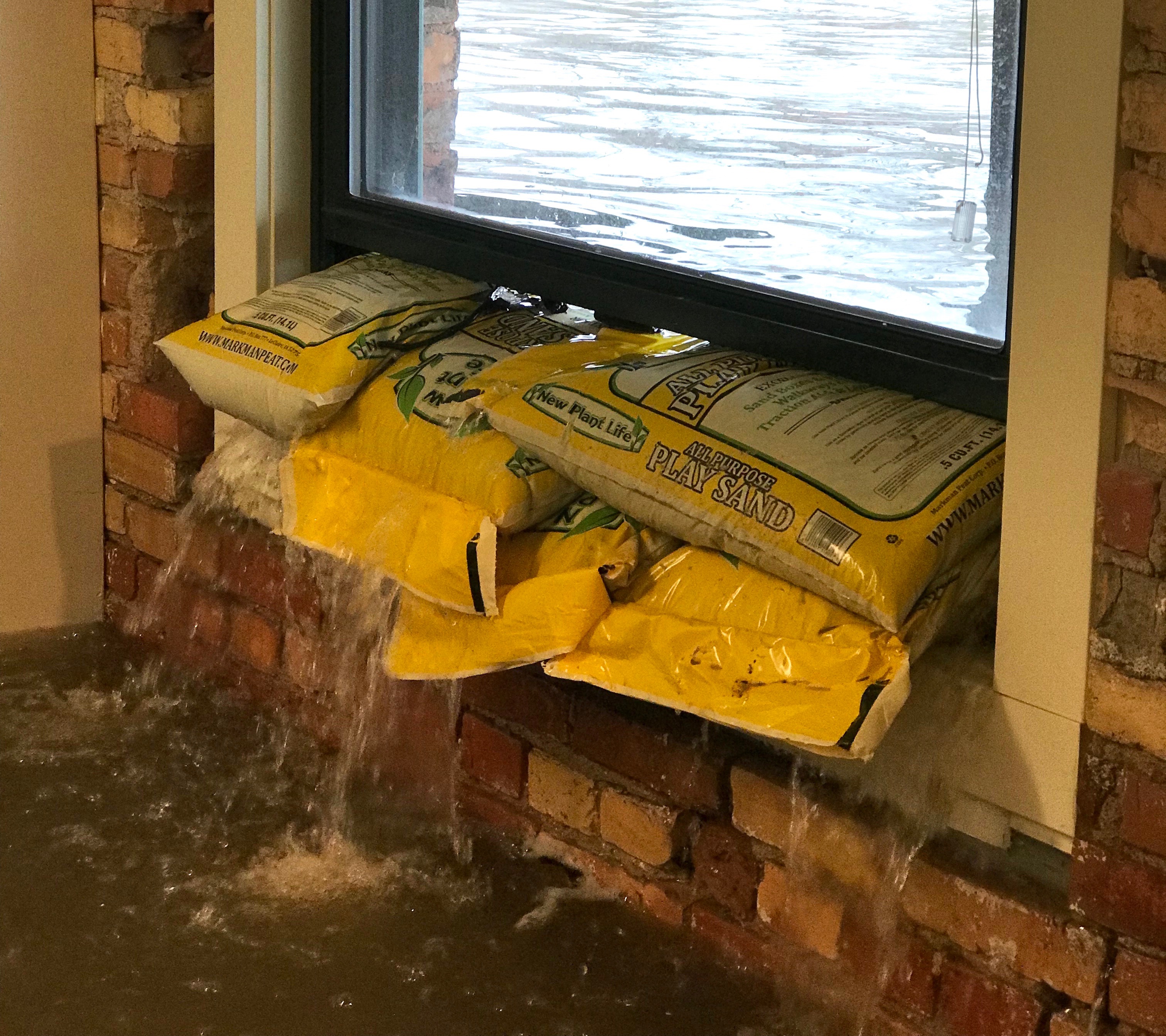 The physical damages caused by the flood will include the kitchen used as a break room. The design company evacuated valuables and computer equipment upstairs. He said the building lost its heat and communications, resulting in working remotely.

“The only nice thing about a flood is you can plan around it a little bit,” he said. “It’s not like it all happens at once, like a typical storm.”

The building is right on Grand River. Out of the 10 years of being at the location, he said a couple of minor floods have occurred. This has been the worst.

“It’s always a wake-up call what mother nature can do,” he said.

Despite the flood, he said the company enjoys being in Old Town and will learn to prepare if another flood returns.

As of now, he is unsure about the needed repairing until the water goes down.

“The weather service for the rivers have been very accurate, so we’re hoping it continues that way and nothing catastrophic happens,” he said.

Meteorologist said floods are normal in the springtime. However, not at this level in Lansing.

Jared Maples, meteorologist at the National Weather Service in Grand Rapids, said Lansing’s flood has occurred due to several inches of snow that fell in prior weeks leading up to the event.

The snow pack that provided much of the moisture melted into the rivers and streams, he said. This caused the ground underneath the snow to freeze, making the river to be higher than normal.

Most of the soil air was not accepting water regularly, he said. Therefore, when warmer temperatures arise, the rest of the snow continues to melt into the rivers.

He said floods are more typical in the springtime because of the snow beginning to melt. The influence from the southern warmth contains more moisture in the atmosphere, making that moisture come down as rain.

“You have a lot of vegetation that is starting to come back to grow through active periods,” he said. “That vegetation, along with the thawing ground layer, can accept the moisture and it’ll soak up some of it.”

However, in this case, the vegetation is in its dormant phase, resulting in the frozen soil layer and vegetation to not soak up the water.

In preparation for floods, Maples said to have a heads up several days in advance. Precautions include moving products, things of interest and oneself from harm’s way.

“A lot of the people who live in these areas (Lansing) haven’t seen this type of flooding,” he said. “So, it’s hard for them to gage or get a perspective on what’s going to happen, let alone if you’re reaching anything that’s near record-type levels.”

He said, Grand River often has river rises in the springtime, because it accepts a lot of water from streams and tributaries in the area.

“It’s the magnitude of the event and how fast it’s happened that is so rare, especially for this time of the year,” he said. “It happens, but at these levels, it’s just not something that happens quite often.”

He predicts for the smaller streams and creeks to have a quicker decline.

“What they’re (streams and creeks) doing, essentially, is feeding to the Grand River,” he said. “So, they’ll fall quicker.”

He said, the Grand River should be back to below flood stage by Monday or Tuesday. “Continue to pay attention to the updates (on the National Weather Service) because some of these graphs that you’re paying attention to now, they only incorporate 48 hour presentations,” he said.

Amanda Castillo, retail associate at Mother & Earth Baby Boutique said, the flood has prevented people from traveling, which also affects businesses. Though, it did not affect Old Town’s planned festival on Saturday.

“We had the lumberjack festival here and it seemed to go pretty well,” she said. “There was a pretty good turnout, considering the amount of travel that was affected by the flooding.”

To plan around a flood, keep an eye on the weather and plan around affected routes before traveling, she said.