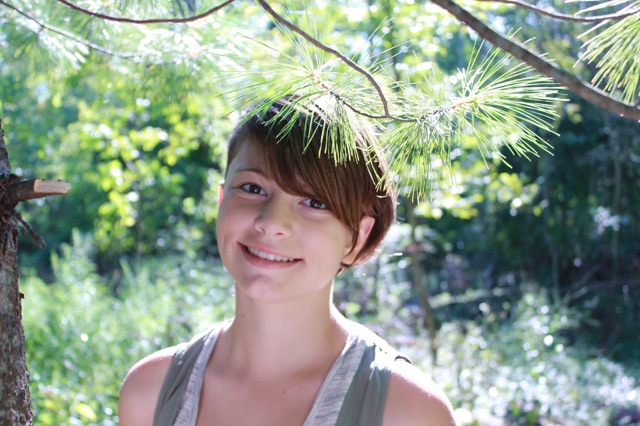 “I’m not one hundred percent sure why this happened, but I feel that what she started needs to be finished.”

Two days before taking her own life in January, her mother, Heather Zaban, said Sydney wrote down a list of goals

Sydney was bullied at her previous school and transferred as a freshman to East Lansing High School, but was bullied again

“When your child is the victim of bullying and you go to them about it, school officials, they never tell you what happens.”

Sydney started a new medication for ADD in 2015 and one day the side effects caused her to break down in class. Another student captured the episode on video and sent it around school

“No idea if that kid got in trouble, or suspended, or what even happened to them, you don’t even know if their parents were called.”

While officials at East Lansing High School declined to speak, we did find their anti-bullying policy online.

“As a parent that has a child that is being bullied, you want to know that the situation was dealt with.”

“Since about 2011, every school, public school, in the state of Michigan must have an anti-bullying policy and anti-harassment policy.”

Kevin Epling is Co-Director of Bully Police USA and has been a parent advocate for anti-bullying since 2002, when his son took his own life.

“I think what we have right now with these unfortunate incidences, is the opportunity to review those policies, what has been done, what maybe hasn’t been done and what should we be doing in the future.”

Other than having a policy, one of the biggest tools available is the OK To Say program

“A texting, web, email, phone system that if you think something is happening in your school, you can actually send an anonymous report.”

For Sydney, it may be too late to help her, but friends and family want to help others. And have honored her with a foundation called “For Sydney’s Sake,” co-created by family friend Paula Caltrider.

“With the tragedy that was in front of us, I just thought it was really important, you know with the goals that Sydney had to make it a treasure.”

Sydney wanted others to be nice and to be kind. Friends and family hope the foundation will continue her legacy.

“Sydney really was trying to change people’s lives and as her mother I feel that it is my duty to carry out her goals list.”

Kelsey Banas is a senior, majoring in journalism at Michigan State University. From Long Grove, IL, Kelsey has grown a special interest in entertainment journalism and plans to move to Los Angeles after graduation in May of 2016. Previous to Focal Point, Kelsey has interned for Star 105.5 radio station in Crystal Lake, IL, as a Promotions intern, WLNS 6 News in Lansing, MI, as a News intern, and then ultimately becoming a Development intern at Magical Elves Production Company in Los Angeles, CA. Getting involved as much as possible, Kelsey created the VIM Report for VIM Magazine, the student-run fashion, beauty and lifestyle magazine on campus. Kelsey brought the magazine to life in YouTube videos consisting of fashion trends and talking to people on the street of who wore it better. She also was able to write and blog about her internship experience at Magical Elves for VIM Magazine. Kelsey anchored and reported for MSU&U Telecasters, a student-run news program reporting on the most up-to-date events and news happening at MSU and in East Lansing. From interviewing College GameDay’s DJ Babi Mac or Late Night Host Seth Meyers, her experience and diversity has continually grown Kelsey into the journalist she is today.