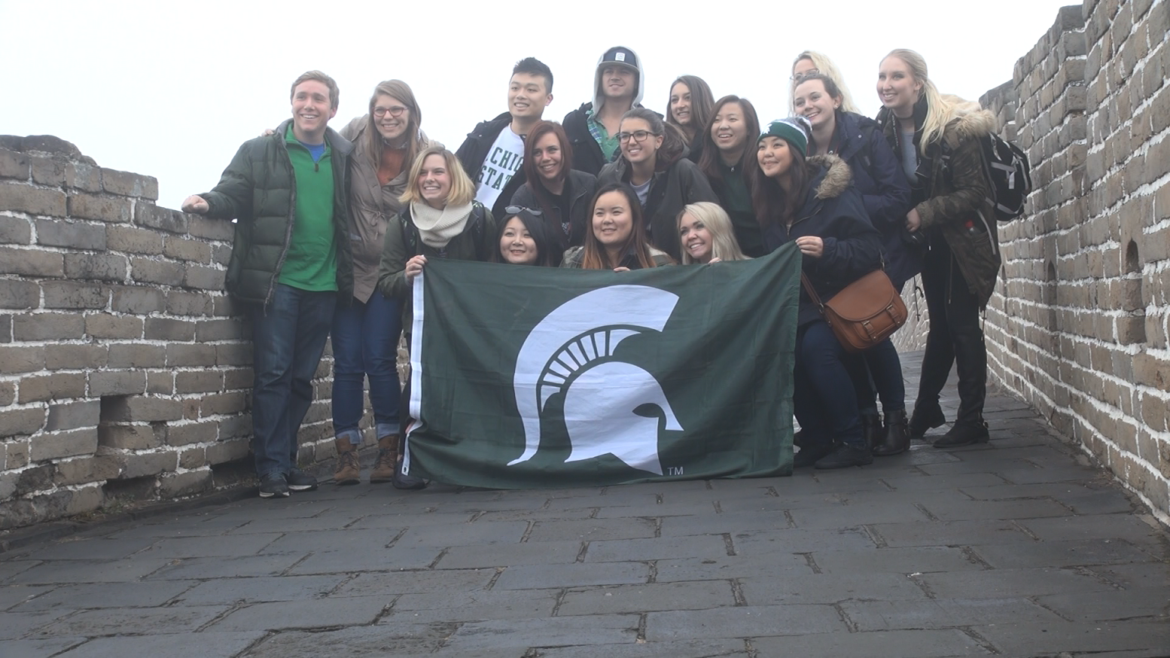 Last month sixteen students from Michigan State traveled more than 6,000 miles around the world to Beijing.

Twelve of them competed in the annual One Show Youth Creative Workshop Competition and 5 of them are already making money on youtube.

Stepping off the bus and into a foreign country, 12 Michigan State advertising students vying to win gold.

The doezen from MSU split into three groups and paired with chinese students. They were also given two mentors.

“We got really good mentors,” senior Maggie Zhang said.
Each team was given a company and a product to come up with an advertising campaign.

“I really like the brief because it’s super comprehensive and super detailed and I think we’re going to do a great job at executing,” senior Jacob Yu said.

Even though there was a language barrier, each team was able to collaborate effectively.

“It feels like we’re just in New York but every sign is just in Chinese,” alum Patty Szczepanski said. “It’s weird being the minority not speaking English and not having the right money.”

Eason Yang is one of the mentors for the team working on the BMW campaign.

“I think it’s great,” Yang said. “I’m actually jealous of you guys. I wish I could have this kind of opportunity when I was younger.”

From concept to execution, each team had to prepare for a possible elimination.

” I think you have lots of interesting thoughts,” mentor Ted Mellström said. “I don’t know how we should proceed.”

Out of the 50 teams that started in the competition, only 25 made it through to the final pitch. Two of them are from MSU.

“I’m pretty confident with our teammate who went up and she did pretty well,” sophomore Amy Xiang said. “I think it’s really organized and logical.”

That confidence led the team up on stage to claim the bronze pencil.

“I think it was great. It was a good idea, really well executed,” Mellström said. “I think they could have even made it to the top if they had made some small changes I would say.”

Even though only one team claimed a prize, the entire gro was great full for the journey.

“We’ve got to experience a different culture,” senior Nicole Nalazek said. “We got to work with students from schools from all different parts of China. Other students at MSU don’t get this opportunity and I feel really grateful that I’ve gotten to go on this trip.”