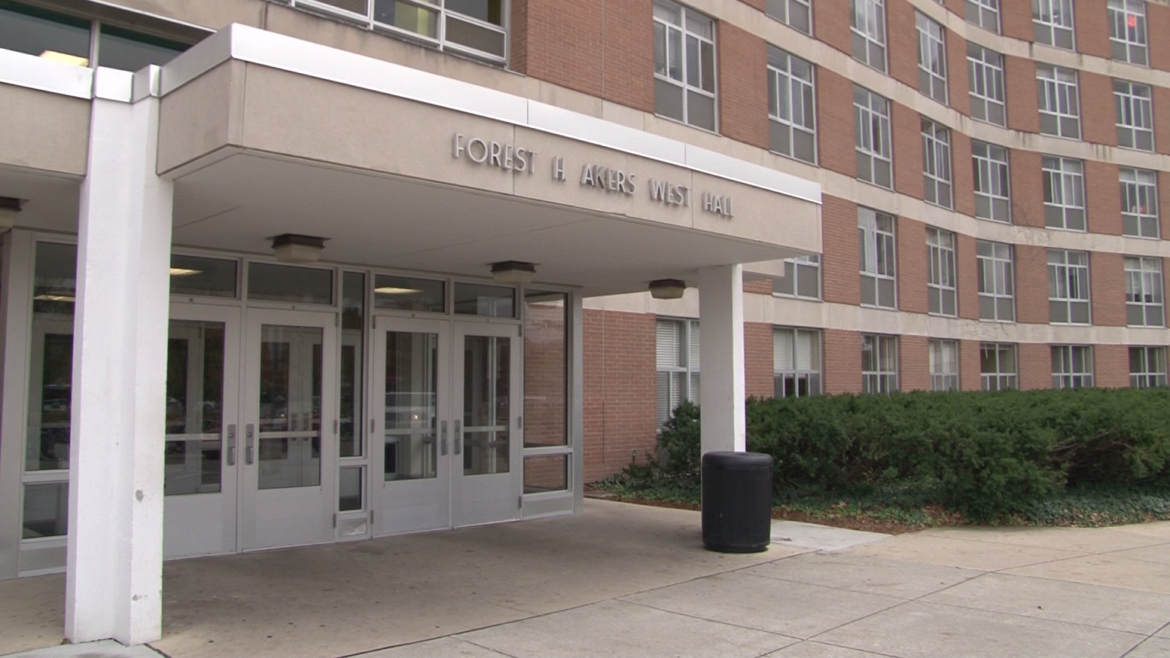 There are 10 less people walking through doors of Akers Hall.

Tucker Alchin says her RA was like an older sister to residents.

“She cared about every single one of us, and she would help us with any kind of situation we were in and she was a good role model too,” Alchin said.

Alchin’s role model is now gone, removed from her position because of an incident on September 19 when a group of RAs allegedly had a party in Akers Hall. That’s something that is against university policy.

“There was a Facebook page for the RAs and someone posted about a party on the 6th floor and some of the RAs had commented and liked it,” said freshman Brittney Kimball. “That was screenshot and sent to their bosses.”

The Residential Education and Housing Services office (REHS) investigated and found 10 RAs were involved in the party that allegedly took place before the MSU vs. Airforce game. Three of them were under age, and after investigating, all 10 were removed from their positions as Resident Assistants.

One source, who wanted to remain anonymous tells us the RA who created the Facebook page was the one who sent the screenshot to supervisors.

“The only reason REHS knew that there was any drinking going on was because one of the other RAs in Akers created a Facebook group for our staff to chat in, then he took a screenshot of a post that suggested a pregame might occur that day,” she said.

Because of that screenshot, the RAs were brought in for questioning two weeks later.

“I was interrogated on two separate occasions before being called into my community director’s office and told i was terminated,” she said. “I couldn’t even believe what i was hearing…Why was I fired? Failure to report alcohol consumption.”

At the end of it, four resigned, and the other six appealed.

One RA told us via email they had 72 hours to get out of the building, and their meal plans were cut off within 20 minutes of being let go.

“The funny thing is, I wasn’t even in the room long enough to notice if there was alcohol,” she said. “There weren’t bottles laying around, no one was passing around shots, no loud music.”

Officials from REHS directed us to MSU spokesperson Jason Cody who couldn’t comment on the specific incident, but noted that RAs are bound by the same rules that any student would be.

“Can an RA who is of age drink alcohol in their room in those dorms where that’s allowed? Yes, they can,” Cody said. “But RAs would not be able to, as any student, either host a party, host a student group, have people in their rooms who are underage and underage and exposed to alcohol, that sort of thing.”

Meantime, REHS denied the appeals, despite pleas from residents to reverse the decision.

While MSU won’t comment on the removal of 10 RAs at Akers Hall, students have taken to Facebook to express their frustration and sadness. Two of the terminated RAs even commented back saying, “You guys will always be my residents, no matter what.”

Brittney Kimball lives on one of the floors where an RA was let go.

“I think they should’ve gotten in trouble,” Kimball said. “I don’t know firing them all and kicking them out of the dorms…that seems a little severe to me, but i know that there should have been some form of punishment.”

While many residents understand the responsibility of being an RA, it still doesn’t take the sting away from losing a mentor and a close friend.

“I wish i could do something for her but i can’t,” Alchin said. “It’s just a bad situation.”

It’s a bad situation that could have been avoided, but now leaves 10 students quickly looking for a new place to live and a way to pay for it.

MSU spokesperson Jason Cody did say any RA who is removed would be found alternative housing within the resident housing system, but those students would now have to foot the bill.