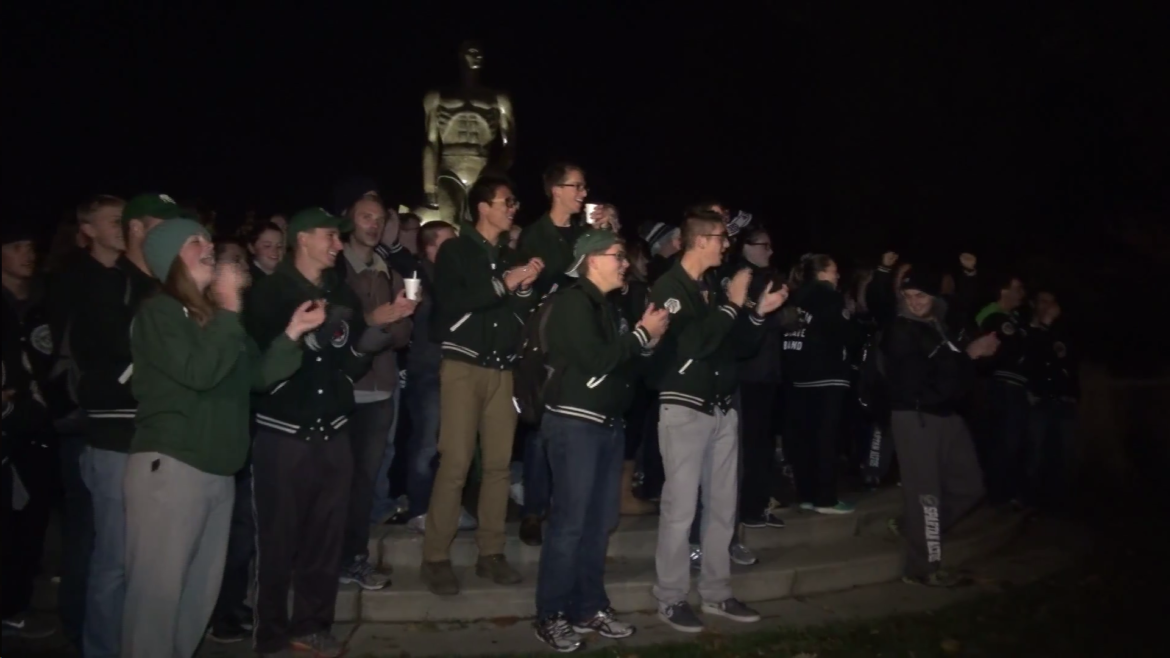 One of the most popular landmarks on Michigan State University’s campus, it’s a target for enemies.  So marching band have a big task the week of the huge Michigan vs. Michigan State rivalry football game.

You can find a crowd of students talking, laughing, dancing and having a good time at the statue.

“We’re guarding Sparty to make sure the wolverines don’t do anything risque to our boy here while we get ready for football.”

It may get cold at night, but the students are dedicated.

“I just love the people, I love hanging out, and I love music it’s like my passion.  And I love cheering for the football team.”

The Spartan marching band is out here each day to protect Sparty during Michigan week, and on Tuesday Coach Dantonio showed up with pizza to show his appreciation for their support.

He says the band is essential to the team.  He’s one of few honorary members.

“I really think we feed off the band, the band feeds off what’s going on the field. Sometimes there’s no existence without the other,” Head Coach Dantonio said.