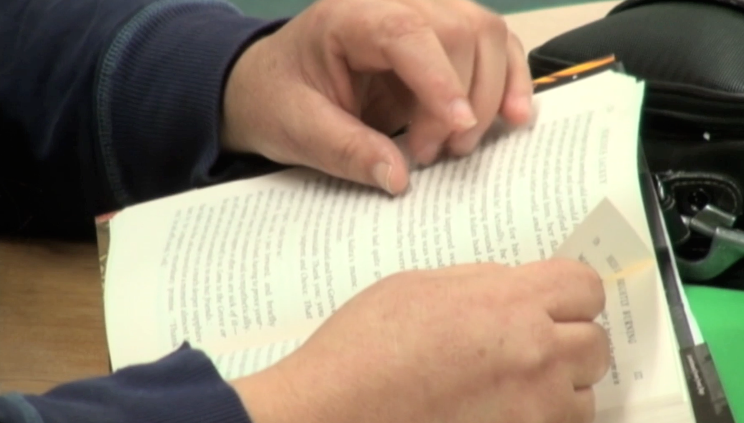 A new millage proposal was added to the ballot for this November election. I went inside the East Lansing Public Library to find out how asking for one mill will increase funds.

Lanette Vanwagenen spends many of her days volunteering at the East Lansing Public Library.

She spends her time in the “Friendshop”, organizing and selling used books.

Lanette said, “Just seeing this huge wealth of books that come in this reading community that is East Lansing and knowing that we’re helping them find new homes at really great prices, you know, it’s just outstanding.”

But even though this generates some extra revenue for the library, it isn’t enough to keep it running as usual.

Library director, Kristin Shelley said, “With the library itself, we have reduced staff since January of 2011, by ten positions. Out materials budget, which is our books, our dvds, periodicals, has been reduced by 33 percent just since last year.”

The help increase the funds, the library director is asking for a millage of one mill, which would last for a period of ten years and generate roughly $860,000 each year. This means, that a homeowner of a $100,000 taxable home would pay about $8 a month, or $100 a year.

“The money will come directly to the library, through the taxpayers, and what the city used to transfer to us, from the general revenue fund, will stay with the city so that they can pay for core city services, and then the library is protected.” said Kristin.

One resident, Margarita Sanchez said, “I am voting for the millage because I think the library is awesome. The services they provide are for everyone and I know that every in East Lansing benefits from it.”

But even if the millage doesn’t get passed, the volunteers in the friendship will be working harder than ever to reduce the deficit.

“If it doesn’t get passed, our monies would be used more for basic services that used to be paid for, you know, through tax dollars.

If voters pass the millage, funding would return to the previous levels of 2011.