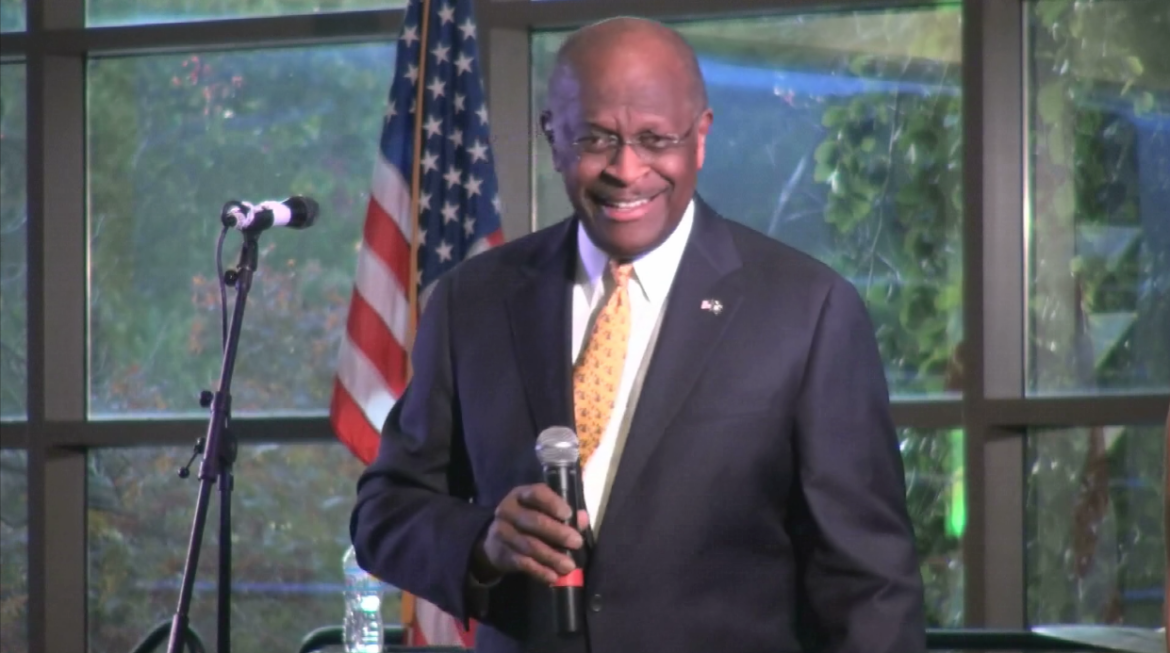 Herman Cain addressing the audience at MSU during his visit.

Former Republican Presidential Candidate Herman Cain made a stop at MSU recently as part of his nationwide ‘College Truth Tour.’

He became a household name during the primaries this past spring. And although Cain is no longer in the race to the White House, that doesn’t mean he still isn’t working to keep his name in the political fray.

Herman Cain addressing the audience at MSU during his visit.

As part of his nationwide ‘College Truth Tour,’ Cain spoke to a packed audience at the MSU Kellog Center about the current state of the economy and the role college students will play in the recovery. Cain also spoke about his failed presidential run and why he eventually dropped out of the race.

“Almost pulled it off if somebody hadn’t paid somebody to lie on me, and that is the truth,” Cain said during his speech. “But then politics got dirty and I made a decision to put family first.”

MSU freshman Edward Budeca said he was ready to hop on the ‘Cain-train’ after hearing him speak.

“In the past I wasn’t too sure about Herman Cain and I thought it was important to see what he truly stood for and now after listening to him I learned a lot,” Budeca said. “He converted me to the 9-9-9 tax that’s for sure.”

But not everyone was ready to hop on the ‘Cain-train.’

“I still don’t agree with him on most of his policies, but at the same time I think that he made a lot of goo points,” said Gino Washington, a recent MSU alum. “He didn’t really address a lot of the problems facing college students.”