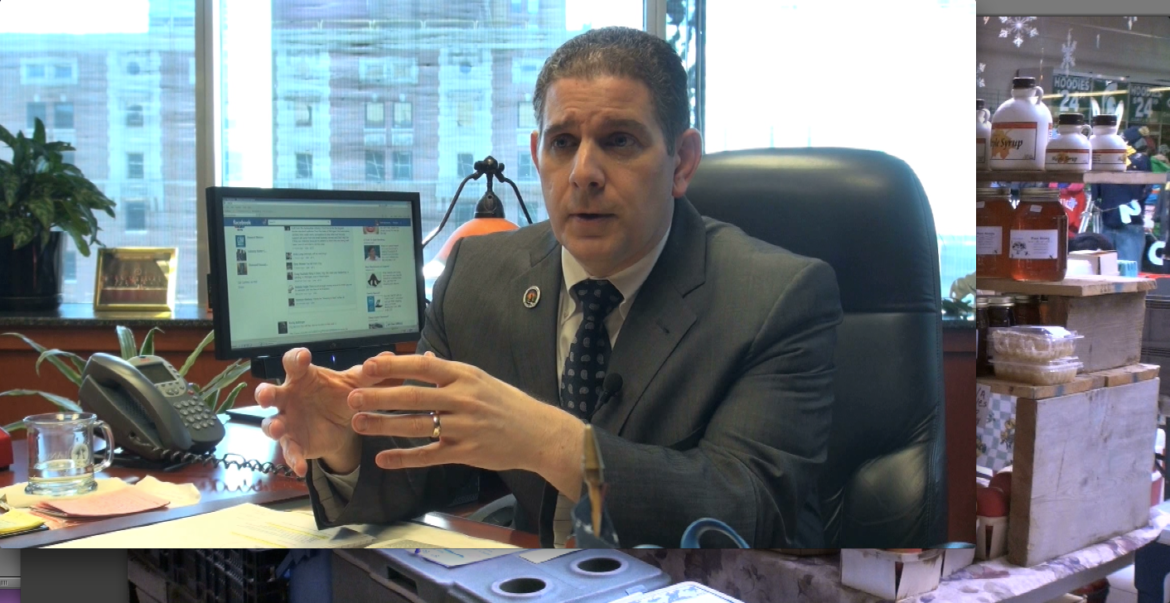 Mayor Virg Bernero wants to build casino in Lansing, under a partnership with the Sault Ste. Marie tribe of Chippewa Indians.

“We want the casino that was part of parcel of our downtown entertainment district that would encourage and promote entrepreneurship”, said the mayor Virg Bernero.

In this plan, the anticipated revenue will benefit the city in three ways. The economic growth with 1,500 permanent job opportunities, the Lansing promise that would send every child in Lansing to the college, and the revival of conventional business. The mayor hopes that those three things will have an economic effect on the city.

However, as for a would-be off-reservation casino in the future, the plan stirs up controversy due to the potential conflicts among different tribes’ gaming compact with the state.

James Nye, the spokesperson of the Saginaw Chippewa Indian tribe and Nottawaseppi Huron Band of Potawatomi Indians, said that the tribe in exchange for sharing their revenue, got a exclusivity zone with in their compact where says that state will not allow any other casinos to open.

Recently, Governor Snyder and the attorney general have sent the mayor and Sault Ste. Marie Tribe of Chippewa Indians a letter, expressing their opposition to the plan. In their letter, they stated a concern about conflicts with other Indian tribes’ gaming compacts. In addition, they said the proposed casino would be inconsistent with the state and federal law.”

In the compact between the Sault Ste. Marie tribe of Chippewa Indians and the state of Michigan, a provision in section nine, which gives regulation on off-reservation gaming, says that “an application to take land in trust for gaming purposes…shall not be submitted to the Secretary of the Interior in the absence of a prior written agreement between the Tribe and the State’s other federally recognized Indian Tribes that provides for each of the other tribes to share in the revenue of the off- reservation gaming facility”.

In addition to that, competitors are also concerned about what kind of nation-wide affect this would have if the state would approve this off-reservation casino.

“State of Michigan is not going to allow just one off-reservation casino for one tribe because they would have to apply the same treatment in the same standards to every other tribe”, said Nye.

But in the eyes of law professor Matthew Fletcher, no specific law bans the Sault Ste. Marie Tribe of Chippewa Indian from running the casino. “Under this ‘land claim judgment act’, they are allowed to purchase land and have it go immediately in to what they call trust”, said the professor Fletcher.

Although many hurdles are ahead, both the mayor and the Sault Ste. Marie Tribe of Chippewa Indian are going to ask for their rights vigorously. Roger Martin, spokesperson for Sault Ste. Tribe of Chippewa Indians, said “this is could add real element to make Lansing a way more attractive place.” In the following steps, they are going to hold meetings to inform more people about this plan, and are hoping people would shape a better understanding of this plan and the potential benefits it would bring to Lansing.

Although this will likely be a lengthy process until the courts make their ruling, Mayor Bernero and the Sault Ste. Marie Tribe of Chippewa Indian are willing to take the gamble no matter how long it takes.