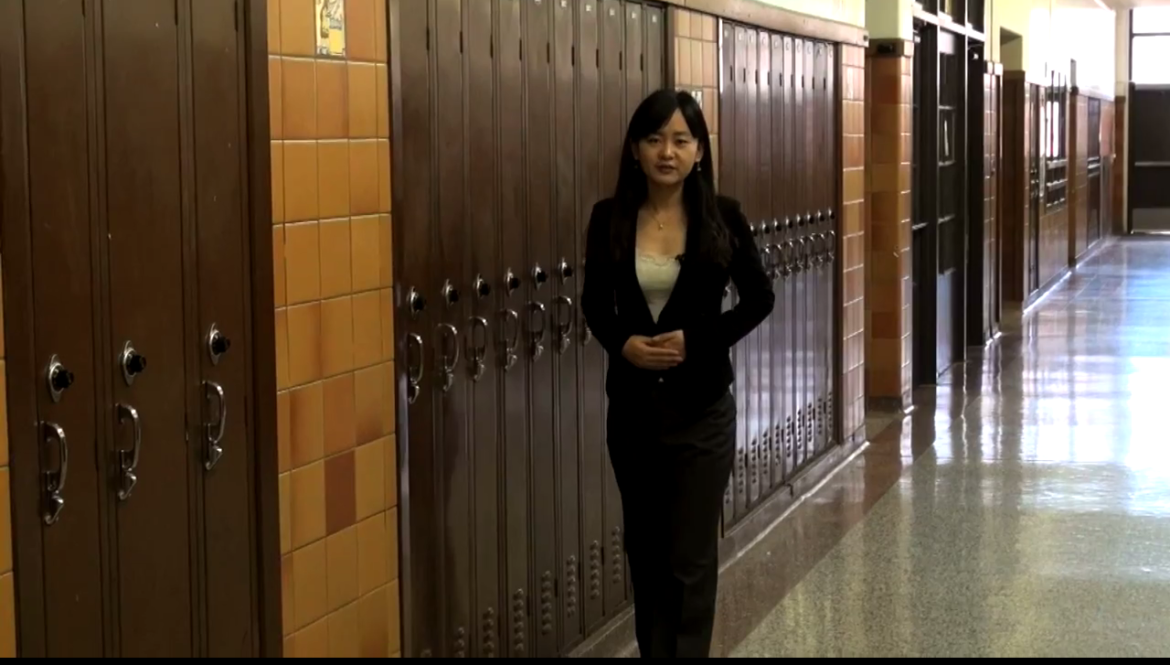 Due to the continuing budget cut and the deceasing enrollment, the Lansing school district is looking to consolidate by restructing grades

and closing buildings. One possible closing is either easter or sexton high school. Focal point lucy guo looks at how two communities are struggling to save their school from closing.

“Here are all the yearbooks, since the 1929 yearbook…..i guess that’s my great grandfather right there….this is my dad right there and this is my uncle here, they are twins actually…here we go… this is me right here.”

eastern high school is the only school in the district that serves refugee families who resettle in lansing, especially on the east side.

While over here at sexton, students like lia flanagan are equally passionate. “I think i am going to miss everything, like everything in this school, the basketball game, the football game, my friends, the volleyball team, i think i’ll miss everything.”

“The reason i am here is not unique. we are all here for the same reason. we love our school. I’ve learnt about questioning everything. and i have a question for all of you: why would you feel necessary to close a high school?”

Part of it is that the school district has lost more than 3,500 students since 1980 and so the district is now looking to close either eastern which is the oldest building in the district, or sexton, which is half empty.

In addtion, the district faces a deficit up to $20 million for its next fiscal year.

“we look at every single thing is the district. they are not isolated or picked up from any particular school for whatever reason it is.”

However, not everyone is against the closure. as a parent and alumnus, Linda Folumgan is ok with the district’s decision to close one high school,

“I understand that the school district has to close the high school, and we need to accept whatever decision they come up with.”

“Close it, built a new one, restores the district. be brave, be brood. let’s go to work, i am ready to stand with you. ”

And while the board wanted to make a decision soon, it looks like they won’t decide until late this year. The district was set to decide on which school to close by this tuesday.

However, recommendations have been made to board which suggest the board delay the decision until a feasibility study is preformed.

If the board decides to conduct the study a decision will not have to be made on school closings until november of 2012, sexton students will have at least one more year to make memories.