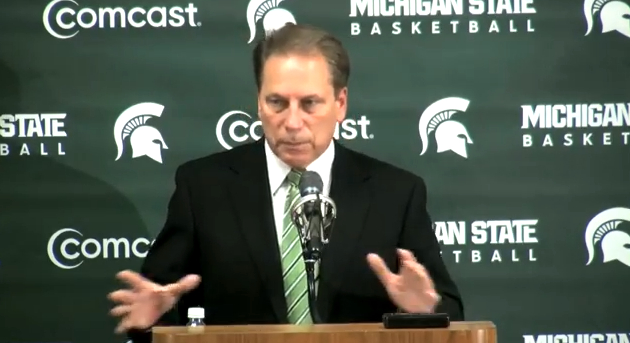 October 18, 2011 was the first day the public really got an insider look at the upcoming Spartan men’s basketball team.

It was media day for the Spartans and head coach Tom Izzo, entering his 17th season, said he’s as excited as he’s been in a few years about this current team. Izzo is confident even though hype coming into the season is far less than previous years. The Spartans are not even ranked in the Top-25 after earning a No. 2 ranking before last season.

Admittedly, this is one of the youngest teams Izzo has coached, with only two seniors on the roster (1 starter) and a trio of freshmen that have a chance to make an immediate impact. All-American freshman guard Branden Dawson was highly recruited and will be fighting for a starting spot.

This team is already off to a better start than last year with productive and basketball-filled summers for many players. According to Izzo, last summer the team was not even able to play one 5-on-5 game due to a plethora of injuries. From surgeries to recoveries, the players last year were not able to build chemistry and togetherness which harmed their productivity and led to the down year.

But this year, the team is overall healthy, stronger and closer. Junior center, Derrick Nix is down to 270 pounds after struggling with weight the first two years. 6-7 shooting guard Russell Byrd is fully recovered from a year-long foot injury. A couple players even played international.
Team captain Draymond Green was on the 2011 USA Men’s World University Games Team and played in China while sophomore point guard Keith Appling was apart of the U-19 USA basketball team and played in Europe.

The Spartan basketball team is full of the unknown but players and coaches alike are excited for the challenge (including facing off against No. 1 North Carolina aboard the USS Carl Vinson) this year will bring.