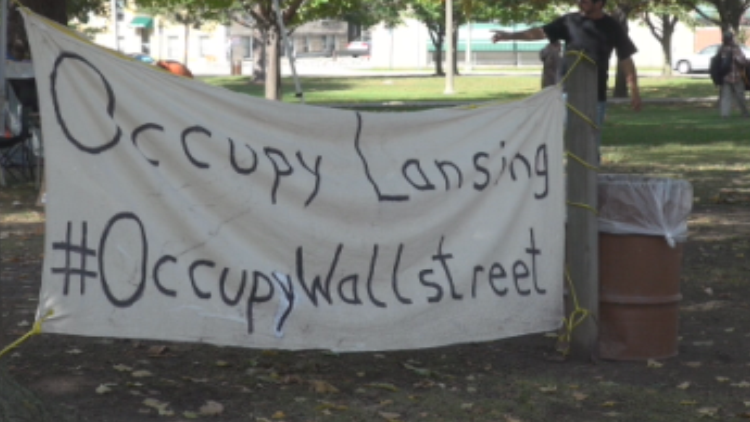 On September 17, thousands of people started the new social movement Occupy Wall Street when they took to the streets of Manhattan.  In the past month, the movement has spread to several American cities, including Lansing.

Occupy Lansing began with a Capitol protest on October 15th and is based at Lansing’s Reutters Park.  The protesters are taking a stand against corporate greed and social inequality.

“I’m really upset with the economic calamity that was caused by Wall Street,” Howell resident Jim Williams said.  “That sort of nonsense shouldn’t be allowed in our country for people to be able to do that type of thing and get away with it.”

One of the movement’s biggest issues is the distribution of wealth in America.  1% of Americans control approximately half of the country’s wealth and the other half is divided between the other 99% of the population.

The Lansing protesters plan on camping outside Michigan’s capitol until their voices are heard.