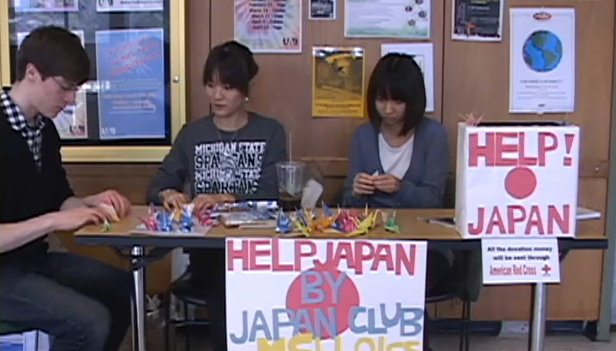 MSU’s on-site seismologist, Professor Katsuya Fujita, showed how the earthquake was even picked up on MSU’s seismograph.

Following the recent devastation in Japan, the world community has banded together in the relief effort for those affected. MSU’s Japan Club has been collecting donations, which they will give to the Red Cross to help in the relief effort. They have already collected over three thousand dollars.

To make your own donation, visit the American Red Cross’ website to make an online donation.