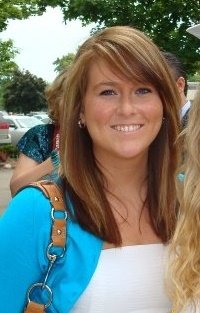 Jackie Smith is a graduating senior at Michigan State University, studying broadcast journalism with a specialization in public relations.

Jackie’s journalism aspirations began when she was in high school at Our Lady of the Lakes in Waterford, Michigan.  Jackie was involved in her student newspaper throughout high school and became editor-in-chief of the paper her senior year.  Jackie was also the editor of her high school yearbook during her senior year.  She has always been interested in writing but decided to switch her career path to broadcast journalism while attending her first year at MSU.

Since arriving at MSU in 2007, Jackie has had many opportunities to study her craft.  She helped co-found a student run, online magazine called Spartini.  However, Spartini shut down after only one year online, but this did not discourage Jackie.  She then wrote for CollegeNews.com, where she was responsible for a weekly dating column as well as reporting on breaking college news across the nation.  Following her job at CollegeNews.com, Jackie became the managing editor for VIM Magazine, a new, student produced, fashion magazine on MSU’s campus.  Currently, Jackie is still working for VIM and is now also a campus reporter for Focal Point.

Jackie enjoys meeting new people while out in the field and being able to creatively tell their stories. When Jackie isn’t honing her skills as a journalist she enjoys traveling, reading and cooking.