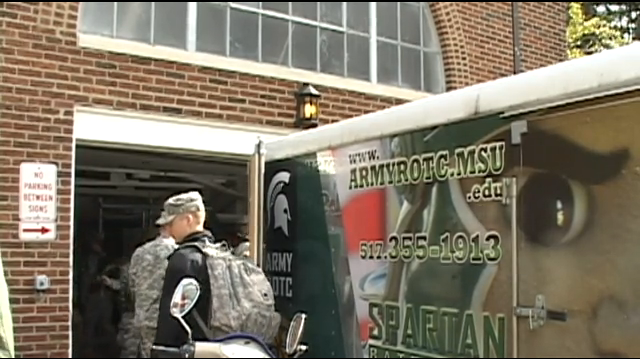 Senator John McCain led a filibuster on September 21st blocking the Defense Authorization Act which included an amendment that would repeal the DADT policy. General Carter Ham is leading a Comprehensive Review Survey to assess the impact a change in the law might have on unit cohesion, military effectiveness, military readiness, recruiting and retention.

Focal Point’s Kelley Tourangeau sat down with a former MSU ROTC member about his experience on being gay in the military under the DADT policy. His identity was kept anonymous for his protection. He explains how he has been living a double life under this controversial military law.