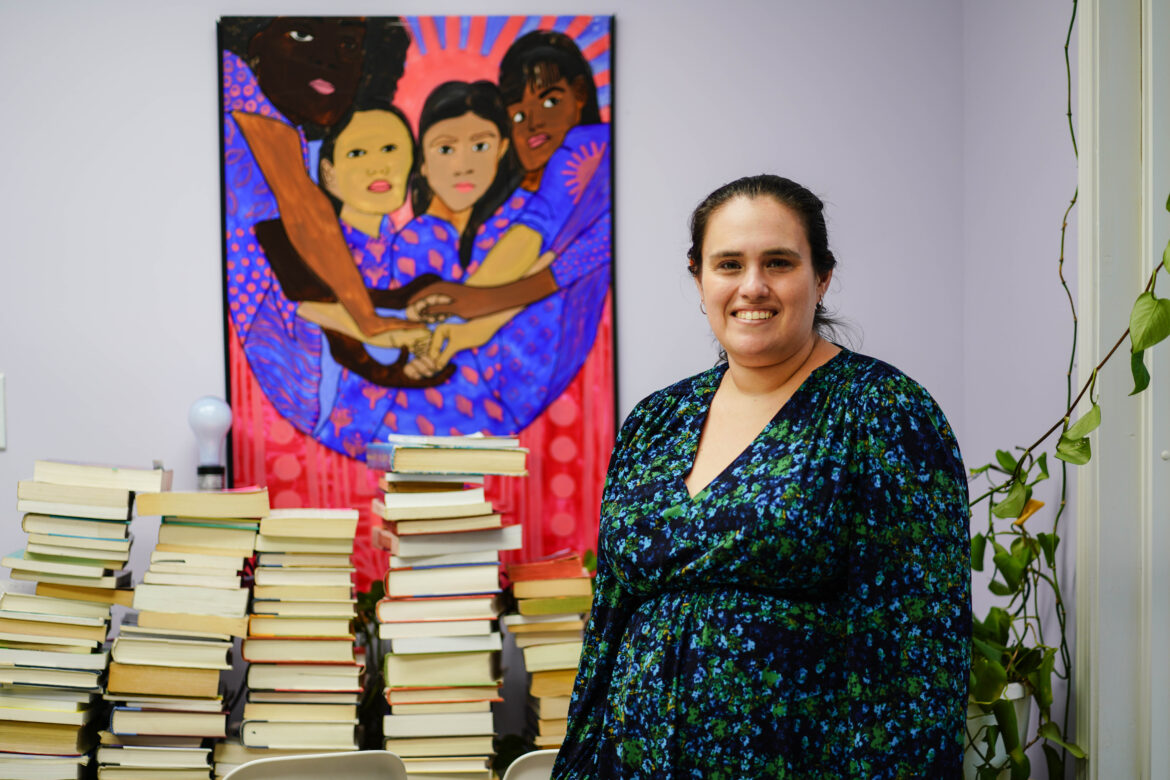 Rebecca Kasen, executive director of the Women’s Center of Greater Lansing, said that she is determined to ensure the organization is sustainable in the future. “My initial goal is to make sure that we have the funding to continue here for the next 17 years and longer,” Kasen said.

As a teenager, Rebecca Kasen covered the walls of her room in activist posters. She’s now channeling that passion for social justice as the new executive director of the Women’s Center of Greater Lansing.

The nonprofit organization provides resources and services to help women with employment opportunities, financial stability and their physical as well as mental well-being. This includes help with resumes and cover letters, interview preparation and counseling. On average, the organization welcomes about 20 walk-in clients daily.

Previously, Kasen worked in advocacy for disability rights in New Jersey and Michigan.

“It’s all intersectional. If you’re involved with disability rights, you’re also talking about pregnant women, you’re talking about all of the contributing factors that could impact whether or not a fetus has a disability upon growth,” Kasen said. “This is my first position at a women-specific organization, but I’ve been working with women’s rights my whole career.”

Kasen said her office door is always open to her colleagues, clients and volunteers. Yet, it is even more likely to see her outside the office, working on her laptop in the common area.

“If she’s not working on something that requires privacy, she’s usually out with us,” said Angie Wooster, office coordinator at the Women’s Center. “She might even be working on a grant but she’ll bring her laptop up in the front and sit with us and work. So when clients come in, she’s there, she’s accessible to them. And they really like that.”

Kasen grew up in Westfield, New Jersey, where she joined Girl Scouts in kindergarten. She said her mother put her into a troop that also included kids with special needs because it had a more convenient meeting time, but that decision laid the foundation for Kasen’s worldview.

Together with her husband, Kasen also was involved with her synagogue community in New Jersey. She said religion shapes her progressive values.

“It’s not about praying for me, it’s what guides my social justice,” Kasen said. “We don’t always go to synagogue. Other than taking my kid to religious school, we very rarely go. But my social justice principles come from that.”

Last year, Kasen learned that there weren’t enough foster homes for Afghan children who had come to the United States in 2021. She and her husband decided to become foster parents, and  the Kasen family of four became a family of six for more than six months.

“We had two girls move in with us, it was an amazing experience,” Kasen said. “They were the sweetest kids. They were middle-school-aged, and they stayed with us until their parents arrived. And now they’re living with their parents. One of them lives in Lansing and I see her at least once a week and we talk every single day. We just say we’re one big family.”

Raymundo Lopez, a doctoral student at Michigan State University and a volunteer at the Women’s Center, said Kasen’s expertise and people-oriented attitude have become an invaluable addition to the center.

“Seeing someone who’s driven in the professional sense but is also very conscientious and is thinking about making things better for others makes people want to stay,” Lopez said. “And that’s exactly what we need in a leader, someone who is committed to that and who can make the culture in the workplace a better place to be in.”

Lopez said Kasen is passionate about women’s rights and determined to make the center more accessible for all women and other clients in need.

“I don’t believe that any of us can get ahead until all of us get ahead,” Kasen said. “And I’m never going to be in the history books or anything like that. But my one goal in life is to leave the world a little better than I found it.”