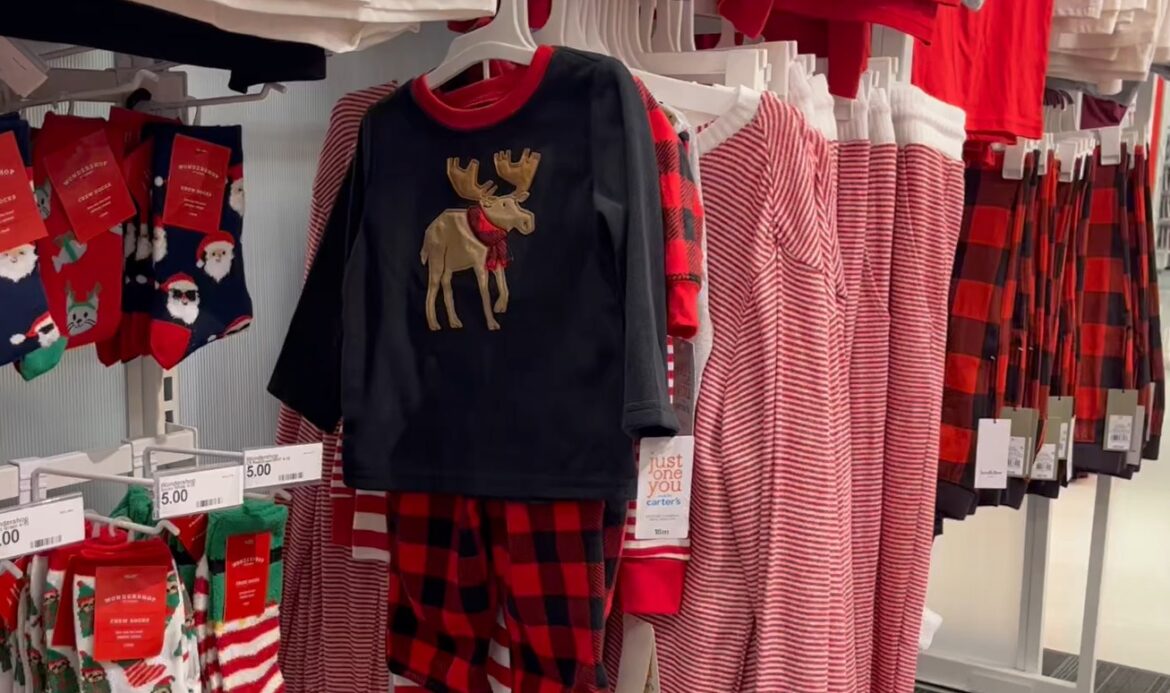 Christmas-themed clothing hangs on a display in the Meridian Mall in Okemos. The National Retail Federation forecasts an increase in holiday sales, but shoppers also are facing higher prices due to inflation.

The storefronts and corridors of Meridian Mall were decorated with lights, red bows and greenery, and Alaija Burk was excited to finally be in the crowds without a mask.

“I started to shop on Black Friday. This year there were more good deals compared to last year,” said Burk, who spent Thanksgiving weekend holiday shopping. “But this year I probably will spend more — maybe $500 to $1,000 more.”

Americans are expected to spend a record amount in 2022 after the two holiday seasons spent under the COVID-19 pandemic restrictions, according to a projection from the National Retail Federation. The retail trade group said 196.7 million Americans shopped during Thanksgiving week, up from 179.8 million people last year.

But those shoppers are facing higher prices. The cost of key consumer goods and services was up 7.1% in November compared to a year ago, according to data released Tuesday from the U.S. Bureau of Labor Statistics. Those rising costs are led by food prices, up 10.6%, and energy prices, up 13.1% since November 2021.

Jeff Stole said he’s seen a significant difference in prices between last year and this year when shopping for holiday gifts.

“Price is higher than it was last year,” Stole said. “Because prices were impacted by inflation, I probably will spend $30 to $50 more for an item than I would pay for them last year.”

Inflation and economic uncertainty may be dampening the shopper’s spirits. Consumers expectations for how much they would spend on gifts dropped from $932 in October to $867 in December, according to a survey by Gallup. Gallup says such a drop isn’t unusual as shoppers re-evaluate their finances during the holiday season.

“Whatever we are good deals, surely we will buy those,” she said

Kayla Muffern, who was out recently looking for gifts for family members, said shopping is one of her favorite things to do.

“It makes me feel accomplished, Muffern said. “I worked hard and I am getting stuff to treat myself and my family.”

“You should be just joyful with you your family together,” Pasanski said. “Maybe give a gift to somebody, something simple, and if you want to give a great gift, give it later in the year.”

Aziza Kultaeva is a journalist and multimedia reporter from Kyrgyzstan. She has nearly 10 years experience working in international media, including at BBC and Radio Liberty. She came to Michigan State University in 2022 to earn her second master's degree — this time in English, which is her fourth language.