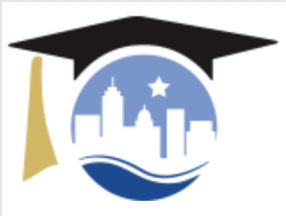 The Lansing School District is in a good financial state, according to its 2022 audit, on the strength of a $129.7 million bond issue voters approved on May 3. The audit was reported six months later at the district’s Nov. 3 meeting.

The bond will build four schools, refresh Sexton High School and update HVAC systems in classrooms across the district. The bond was approved with 71% of the vote.

Lansing School District Superintendent Ben Shuldiner said, “Bonds are vital to community success. They can dramatically impact parents, students and the community as a whole. These new buildings and overall improvements offer a better learning environment for our students.”

Steve Piesko, partner in the auditing firm of Maner Costerisan, said, “Bond and sinking project funds were audited extensively. We found that the district has been compliant with current financial codes in place.”

Looking ahead to Mt. Hope STEAM

Recently, the district held an open house tour at Mt. Hope building—now known as Mt. Hope STEAM School—as a means to say farewell to the building before a new one is built. The Mt. Hope STEAM facility is one of four projects funded by the bond.

During the meeting, a video highlighting the school’s impact on the community over the years was played.

A prominent member of the Lansing community and Mt. Hope alumnus Jack Davis, died in May 2020. He was a critically acclaimed attorney and served as Lansing School District’s Board of Education president twice.

After the video was played, Lansing School District Board of Education President Gabrielle Lawrence said, “When I was standing at the podium that day, I saw an old man walking down the hall. I almost stopped speaking because the man looked so much like Jack Davis. I felt his presence there that day… It was so special.”

Shuldiner said, “Saying goodbye to Mt. Hope was hard for everyone. I got more emails this week than ever before encouraging the work we are doing to build a strong school system within our community. That starts with making sure our schools are great in the first place to give our people the best choices for schooling.”

Jacob Seiler is a senior majoring in journalism with a minor in public relations at Michigan State University. Seiler was born and raised in a small, rural town called Portland, Michigan. With many years of involvement in 4-H as a youth, he aspires toward a career that requires him to be heavily involved with his community. After earning his bachelor's degree, Seiler hopes to use what he learned through his journalism courses to create conversations on how communities can improve.