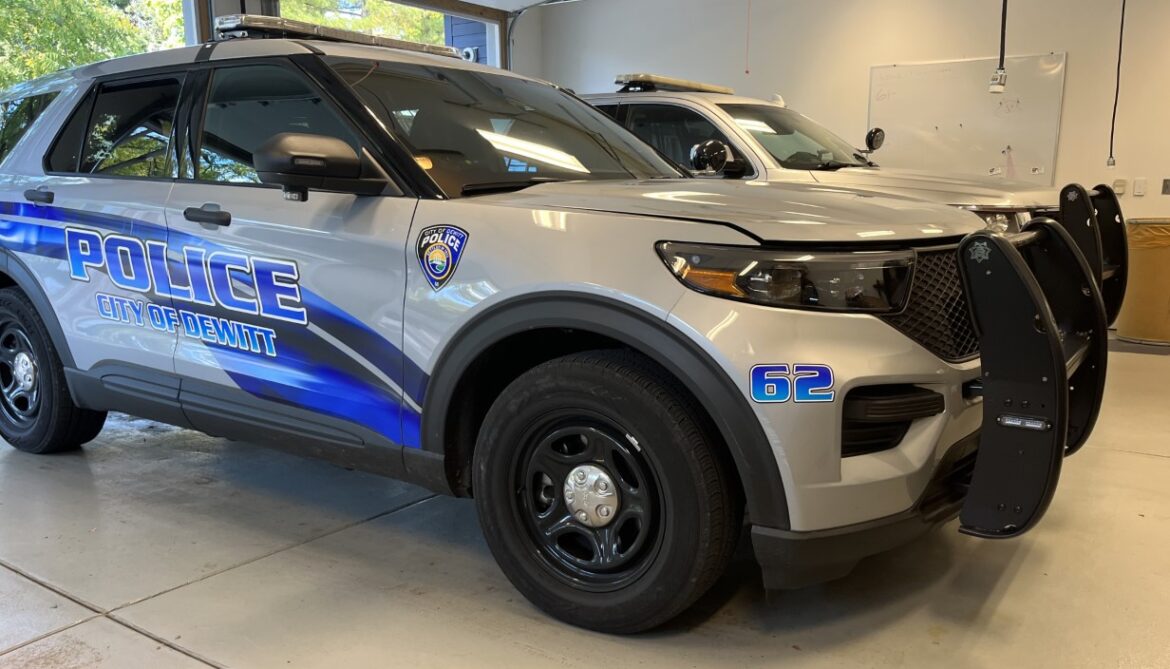 Ever since acquiring a 2022 Ford Explorer Platinum in March, the DeWitt Police Department has seen a multitude of benefits. From a quieter engine to better mileage, Chief Bruce Ferguson says he plans on fully transitioning to an all-hybrid fleet by 2025.

Ferguson said  the department’s budget was being sunk into constant maintenance. “The maintenance cost on our other patrol car was out of control,” he said. “We were replacing engines left and right … with engines costing $8,000 a pop, it was adding up fast.” The small, 3.3L hybrid engine of the Explorer Platinum hasn’t required nearly as much maintenance as previous cars.

It took the department a bit to get used to the new patrol car. “There were a few that weren’t so keen on the idea, and they are definitely switching over,” said Kayla Klug, the department’s administrative assistant. “We have some guys that definitely want to stick with the Tahoe, but they’re digging into the Explorer.” Ferguson described his apprehension when first driving the Explorer. “There was a bit of a learning curve for sure,” he said. “But it’s pretty easy once you drive it for a while.”

DeWitt PD has one hybrid patrol car and one traditional gas patrol car. Sgt. David Stoltzfus says the Explorer is miles ahead of the Tahoe. Where the Tahoe averages 10 miles per gallon, costing the department around $45 a day, the Explorer averages 16 miles per gallon. The silent engine also aids the department in stealth pursuits, Stoltzfus said.

The Explorer Platinum cost the department approximately $36,000 through MiDEAL, Michigan’s extended purchasing program for public entities like police departments. While Ford’s website lists the starting price at $52,375, MiDEAL got the department a great price.

Within the next few years, DeWitt PD has plans to transition to an all-hybrid fleet. The Explorer Platinum is the first hybrid-electric patrol car in Clinton County, following in the footsteps of nearby departments such as Eaton Rapids. Ferguson said he hopes to lead the community by example in reducing the carbon footprint. “You know, we’re installing chargers all around the city,” he said. “If we want the community to start switching over, then we should set the trend.”

Norene Bassin is from Royal Oak, Michigan, and resides in Lansing. They are a journalism major with plans to graduate in fall 2023. They have aspirations to work in entertainment journalism, with their dream publication being Alternative Press. Their most prominent work is with Impact 89 FM, editing their music & entertainment content.