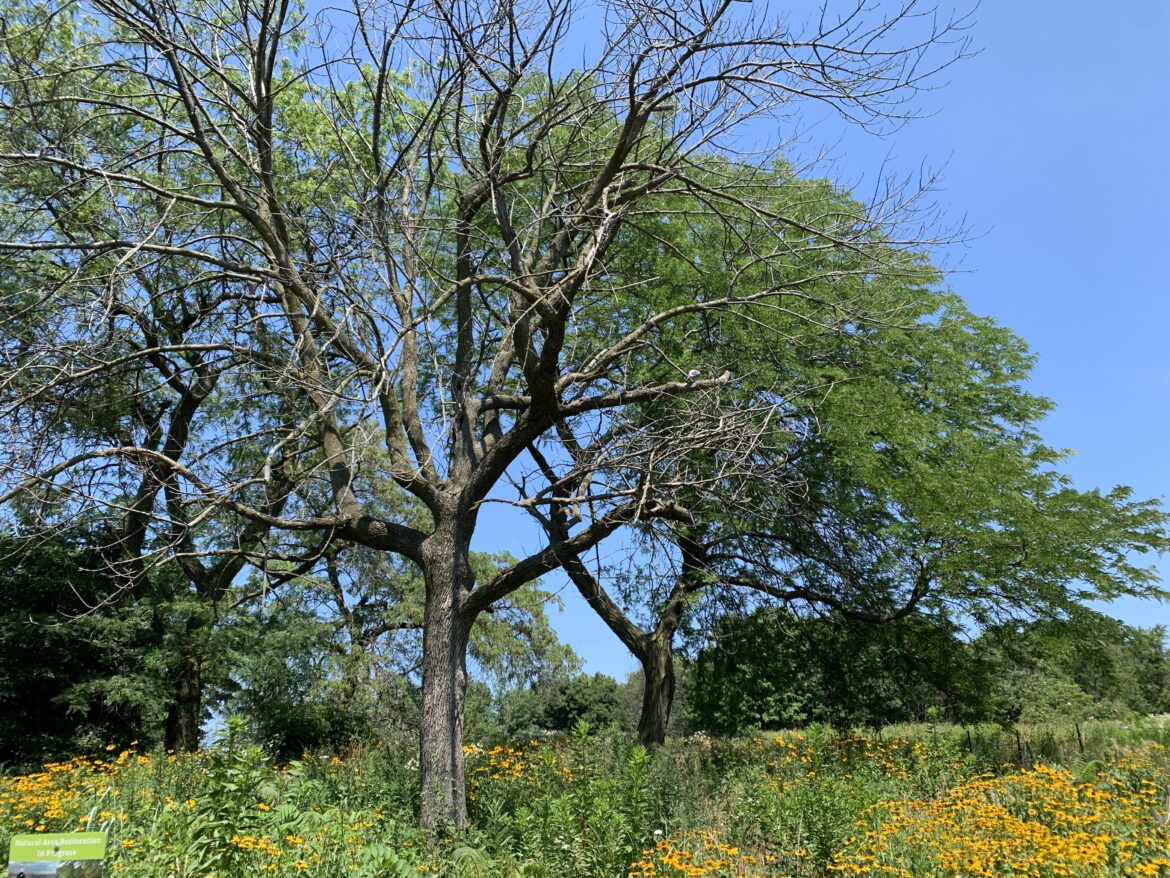 CHICAGO — It’s summertime in the city of Chicago. The weather is nice, the beaches are open and the birds are out. More specifically, the Red-winged blackbirds.

You can spot a male by its black body plumage with red and yellow on the shoulder of its wings.  Females are brown with streaky plumage. Plumage is another term for a bird’s collective feathers.

The Red-winged blackbirds breed in the Midwest and can be seen in the summertime.

Red-winged blackbirds prefer marsh wetlands, however they can habitat in grasslands, wheat fields. They can even habitat in grass near the highway. They can adapt, said Stephanie Beilke, the senior manager for Conservation Science at Audubon Great Lakes.

Red-winged blackbirds can also be found in parks near water.

“They are very common in park areas,” said Beilke.

“[Attacks] are very common right now,” she said. “Right now they have nests and young that are either in the nest or just fledged from the nest and that tends to be when they are the most aggressive.”

She said that his time of year is when there are more instances of the Red-winged blackbirds attacking people. People are seen as potential predators that could go after their young and their nest.

She said the males typically do the dive bombing.

Typically it’s more for show to say “hey. Get out of here” she said.

Some people have been attacked by Red-winged blackbirds while out and about in Chicago. Beilke was attacked on one of her morning walks.

Mike Clark from Albany Park, was attacked twice on separate occasions by a Red- winged blackbird. Clark was on his morning walk with his dog off the leash. He was walking in the nature preserve in the park when he was attacked.

“All of the sudden I just felt something on the back of my head,” he said.

He said the bird was hovering over him and pecking the back of his head.

He said it was really aggressive and came back several times. To protect himself he grabbed the leash.

“I was swinging the leash like a makeshift pair of nunchucks,” he said.

A couple of days later it happened to Clark again in a different area of the park.

This time he was ready for it, he said.

DJ Agate from South Loop was also attacked by a red-winged blackbird. He was out to get some sun on his one wheel by Northerly Island park. He was riding on the path when it happened.

He said he saw the shadow of the bird and turned around to see the red winged blackbird swooping down on him.

“I took my shirt and was waving it around like a helicopter to keep it from coming towards me,” he said. Agate didn’t stay long after that.

Stephanie’s advice for people that encounter an aggressive red-winged Blackbird is to keep walking away from their nest and to wear a hat.

Sam was born and raised in Orange County, California. He is working on his bachelor's degree in journalism. He has a passion for both tennis and music. He aspires to be either a tennis reporter or a music journalist. His favorite tennis player is Nick Kyrgios, and his favorite genre of music is rock. Sam's hobbies include playing tennis, recording music and watching as many sporting events as possible. He has written articles for 89 FM, the Impact.