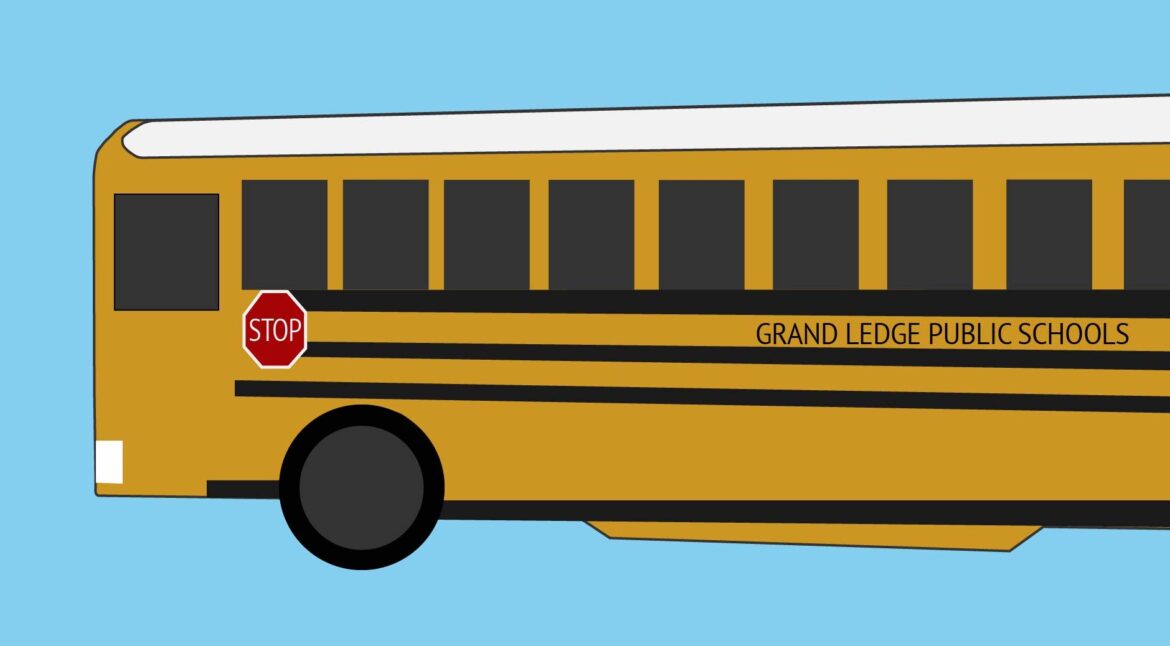 Grand Ledge students have been recognized for quick, heroic actions on a school bus.

The Grand Ledge Board of Education honored them March 14 for assisting a bus driver who had a medical emergency while driving.

Superintendent Dr. Marcus Davenport said, “I understand that there were multiple children that assisted a bus driver that was in a medical state of need. But these two young men are the two young men that we’re going to honor at this time.”

On Feb. 24 around 6:45 a.m., a bus driver taking students to Grand Ledge schools started to experience a medical condition and had to pull over, but was unable to tell dispatch what was wrong. One student on the bus called 911 while another alerted dispatch that something was wrong.

“Kai Trey is a young man who assisted a bus driver who was going through a medical emergency,” Davenport said. “Kai actually got on with the dispatcher and stayed on and assisted throughout the process and was a true leader as a student. And Kai, I want you to know as superintendent, how greatly I appreciate you so much for your heroic efforts.”

Trey was the first and younger of the students recognized. High school student Joseph Ingram was the other.

“Joseph was very instrumental in making sure that all the students stayed calm,” Davenport said. “He asked for a cellphone, he dialed 911. And he was a leader throughout this entire process to make sure that our bus driver was safe. Once again, we have some outstanding young people in our district. And I want to take the time to tell you Joseph how much I greatly appreciate you.”

After the incident, the bus was taken over by someone else so the route could be finished. The bus driver was taken to the hospital for treatment.

“These two young men are just two examples of the tremendous students that we have in our district,” Davenport said. “And it’s with great pride that we honor you at this time. So once again, gentlemen, thank you so much for being heroes. And your efforts are greatly appreciated not just by me but by the entire board and by our community, as well.”

Maddie Monroe is from Grand Haven, Michigan, and is a journalism student at Michigan State University. She has a passion for writing, reporting, and designing. She plans to graduate in spring 2023 with her degree in journalism and media design. In addition to her work at Spartan Newsroom, she is Art Director at The State News.