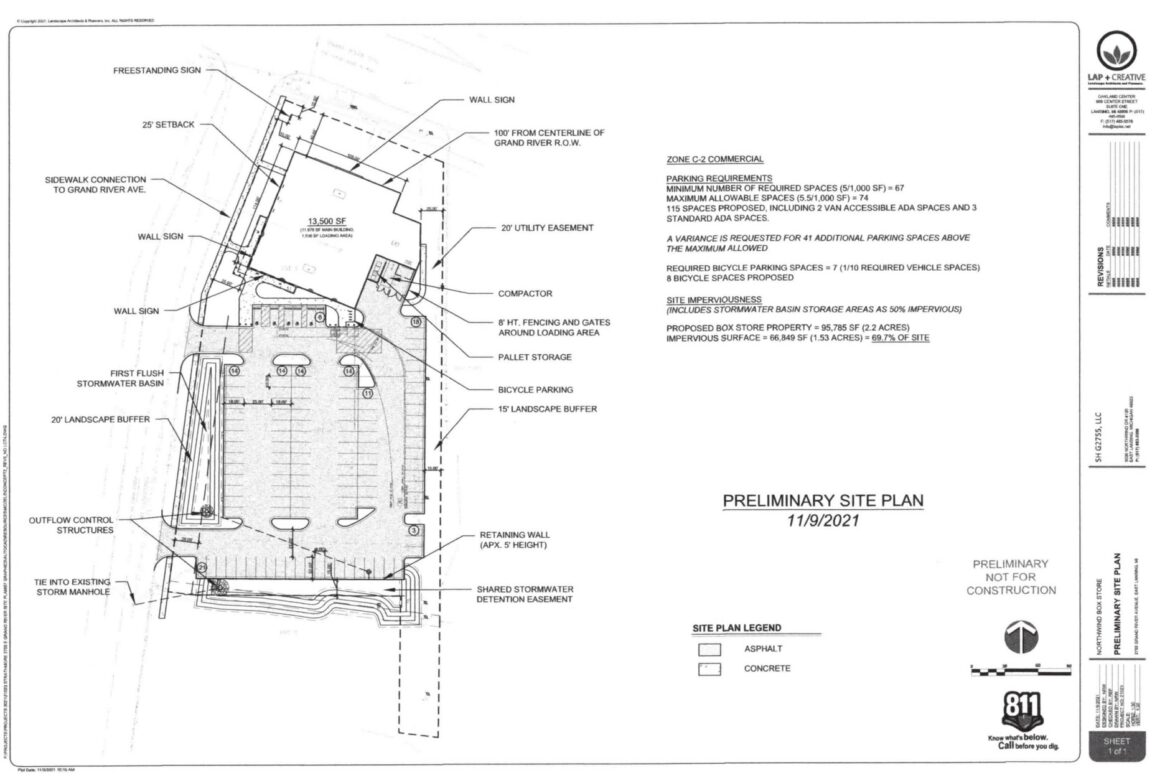 Demolition began last week on the corner of Grand River Avenue and Northwind Drive, clearing the way for a new Trader Joe’s.

It will be approximately 13,500 square feet and includes 2.2 acres of property.

The development is a full demolition of previously existing businesses including the restaurant Golden Wok.

Demolition permits were approved March 4 and full construction should begin this year weather permitting,  according to the township’s website.

Schmitt said the process should be relatively smooth.

The developer is SH G2755 LLC & Green Peak Industries, Inc., according to documents from the township. Neighborhoods & Economic Development Director Amber Clark said this developer has experience in bringing projects to the Lansing region and has been in the Lansing region for 30 plus years.

Clark said the store will employ between 20 to 40 people and that Trader Joe’s generally likes to employ people from the community.

“Trader Joe’s is a strong attraction,” Clark said. “I know multiple municipalities — Meridian, East Lansing, Lansing, Delta Township — all of the regional, fast moving townships in the area have wanted an attractive regional grocer. We’ve brought in Whole Foods, we’ve brought in Costco. And so Trader Joe’s is another one of those strong following grocers that meets our current market.”

Sophia Kalakailo grew up in Farmington, Michigan. She is majoring in journalism with a minor in documentary production. Kalakailo spent her freshman year at Eastern Michigan University where she worked as the news editor for The Eastern Echo. When she transferred to Michigan State University her sophomore year she started at The State News as the audience engagement editor and served at city desk editor the following semester. This past summer she worked as a reporting intern for Bridge Michigan. Most recently she was the newsroom intern at Michigan Radio last fall. Kalakailo hopes to serve underrepresented communities through journalism and hold powerful people and institutions accountable.