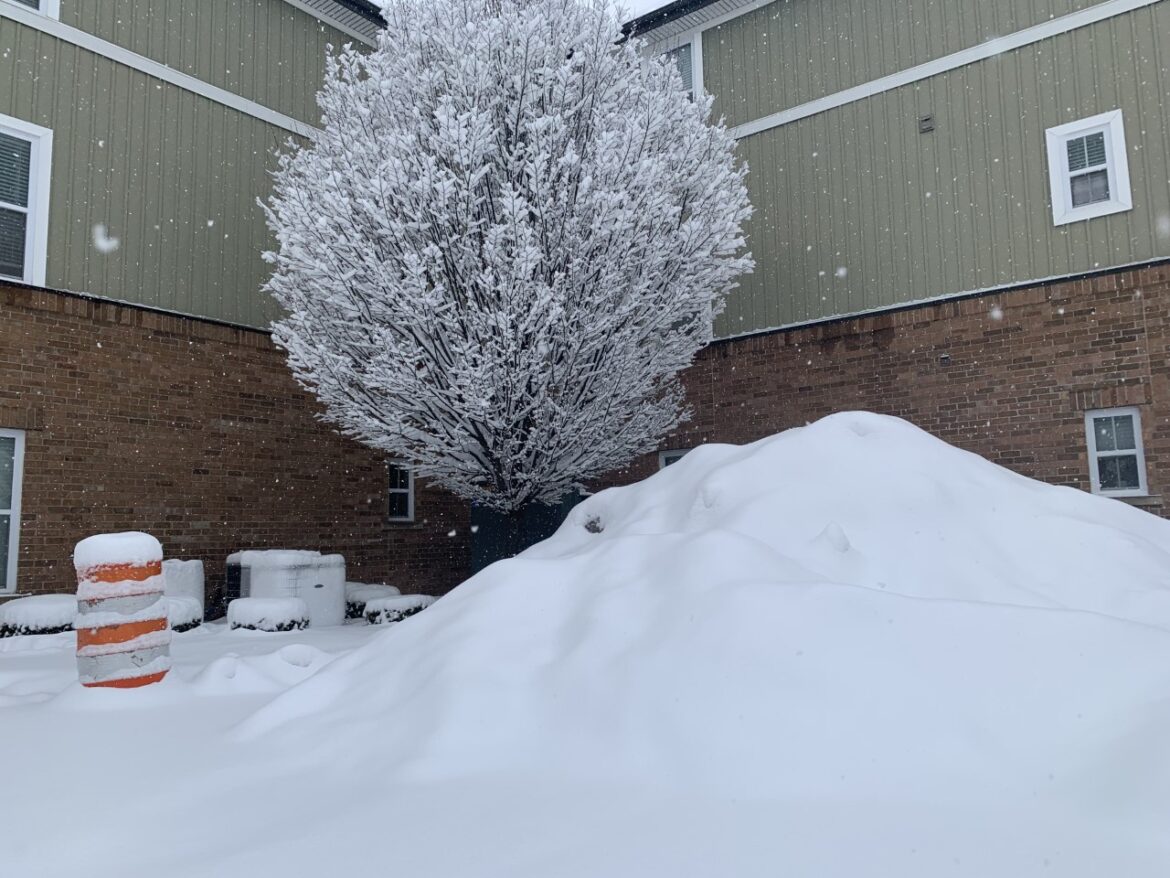 At The Lodges of East Lansing, an apartment complex on Hannah Boulevard, the staff is doing the utmost through planned precautions for the complex.

On Jan. 31 the National Weather Service predicted a winter storm would pass over Michigan late Tuesday through Thursday night. The snow is charted to cover all of the East Lansing areas including Michigan State University’s campus ,resulting in many classes being moved online.

Snow will fall over much of the region today; see our previous posts for expected amounts. Snow will gradually end from NW to SE this evening, but continue into tonight for the I-94 corridor. Significant travel impacts are expected in southern counties through tonight. #wmiwx pic.twitter.com/cubHLBnizZ

The Lodges issued a newsletter on Jan. 31 about ways to stay safe during the winter storm. Erica Capetillo at The Lodges affirmed that snowplows contracted by The Lodges would take care of the parking lots.

“We contract them out and we’re not the only property they do. I know they are coming out today to get us, but they have been out since four or three this morning,“ Capetillo said, “I’m assuming they’ll be running a crew pretty nonstop for the next couple of days.”

“Assemble a disaster supplies kit with water, non-perishable food and snacks, medical supplies, a change of clothes, and both a battery-powered radio and flashlight.“ The Lodges wrote in the newsletter, “You should have enough to get through three days after a winter storm hits.”

East Lansing City Manager George Lahanas declared a snow emergency starting the day of the storm, and major city buildings closed for the storm. The East Lansing Public Library, East Lansing Prime Time and the 54B District have all closed or moved remotely. City Hall and Hannah Community Center were still open Wednesday but may close early due to weather.

The advisory states all doors and windows should be shut and locked, with cabinet doors left open under kitchen sinks to allow heat to reach plumbing. If tenants are not in their apartment, the complex has offered to enter empty apartments to turn on the heat to prevent pipes bursting.

The maintenance team will be working in shifts to scrape with a mini snowplow and salt sidewalks around the complex as well as providing a shuttle bus to campus.

The bus will remain running unless the extreme weather proves too much Leasing coordinator Nash Bennett. “As far as weather permits we will keep the buses running from 7 a.m. every 15 minutes.”

To anyone living in East Lansing, be vigilant and more informed than ever. Follow instructions of authorities and be sensible during the storm. With these tips and trick provided, weathering the storm may be just a bit easier than before.

“If there is no immediate danger; do not go out and seek it.” The Lodges wrote, “Stay in the safest place possible and remain calm.”

Journalism major at Michigan State University focusing on international broadcast reporting, with a minor in public relations. Always looking to expand my knowledge and seize the day!