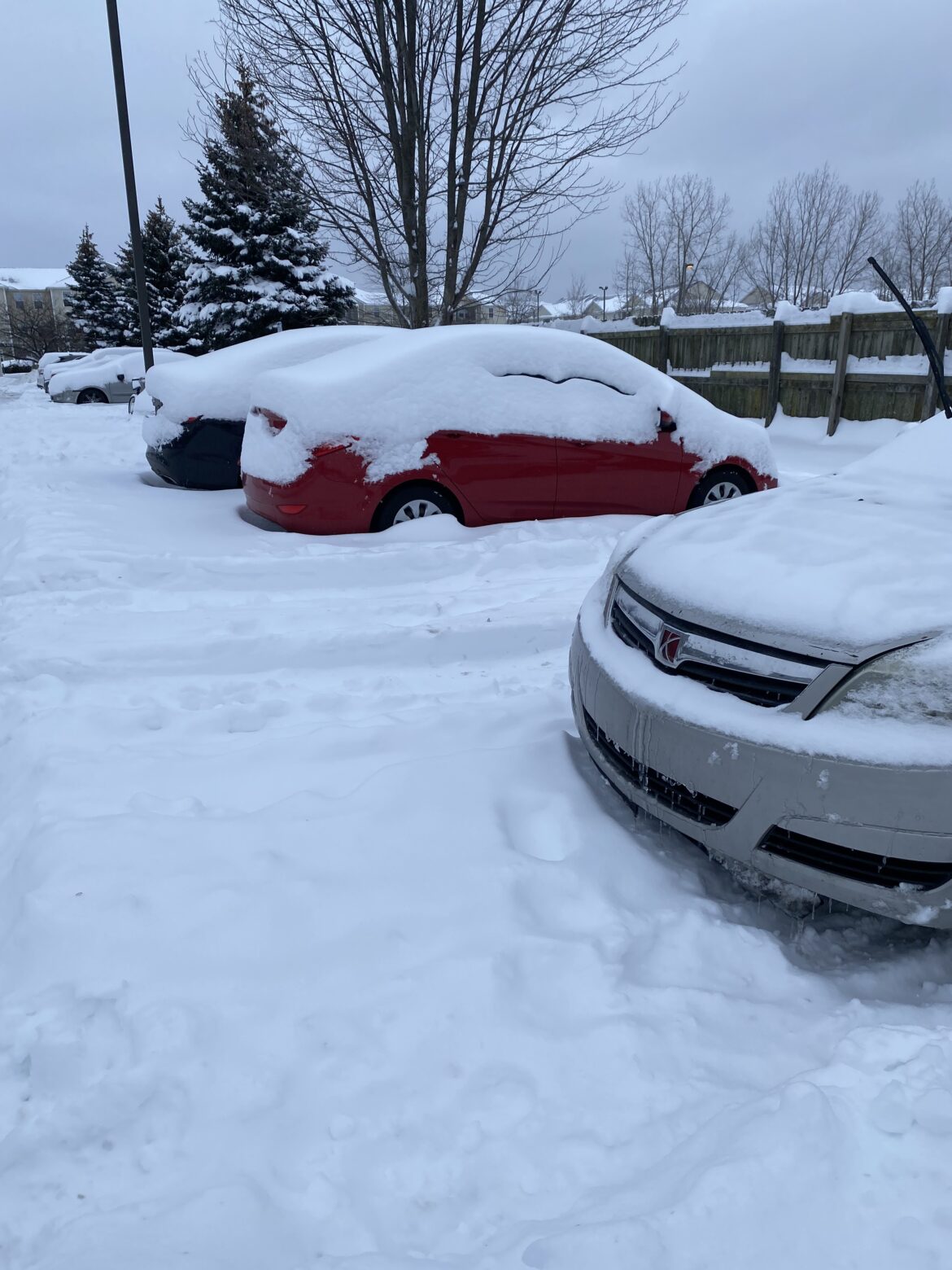 A warm, partly cloudy Tuesday was a dream come true after months of cloudy winter weather. “The calm before the storm” turned out to be just a grace period for East Lansing residents.

The National Weather Service declared a snowstorm warning on Tuesday that would extend until early Friday morning.

Acting Deputy Director of Public Works Ron Lacasse said that meant restricted parking on streets to leyt snowplows through. He encouraged people to give trucks the space and time they needed to clear the roads fast and safely.

Residents of East Lansing are adapting to the heavy snowfall. Michigan State University sophomore Sofia Diaz said that because she commutes to campus for classes, the snowfall made it extremely difficult to get out of her apartment complex.

The struggles of the heavy snowfall extend to those living on campus. East Neighborhood resident and MSU freshman Alexis Edwards, like many others, didn’t realize how bad the storm was going to be until it hit.

“I saw so many people bundled up super tight with umbrellas just to give some protection,” said Edwards. “I don’t think it’s safe outside to walk. I only did a little bit of preparation but I wasn’t expecting this.”

Gabriella Lopez is from Norton Shores, Michigan and is a journalism major at Michigan State University. She is preparing to graduate in the spring of 2024. Her journalistic interests include public relations and fashion reporting. She hopes to become a public relations professional for a large-name fashion brand.