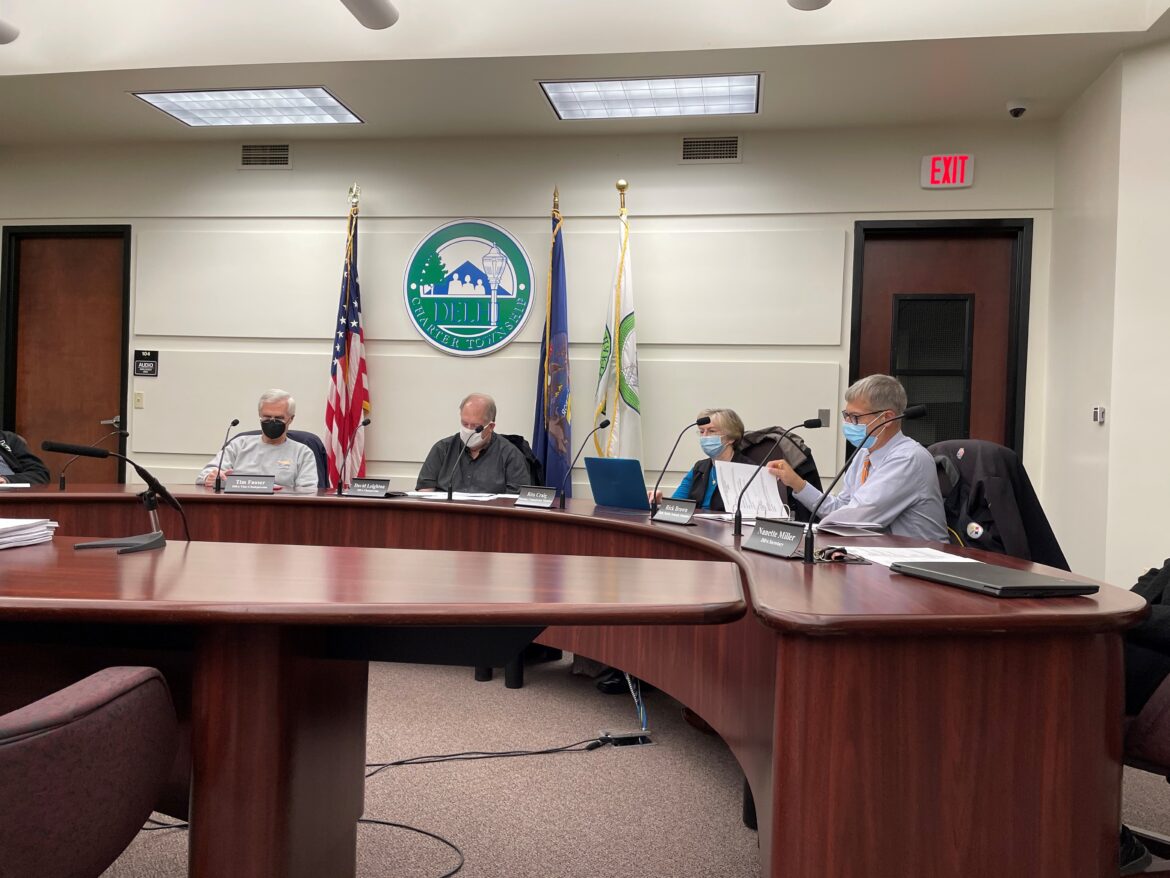 Members of the Delhi Township Downtown Development Authority deliberate at their Oct. 26 meeting. The DDA plans to spend $239,000 in federal funds to help local businesses recover from the pandemic.

The Delhi Township Downtown Development Authority plans to spend $239,000 in federal funds next year to help local businesses recover from the pandemic.

The money is included in the DDA’s 2022 budget and will come from federal American Rescue Plan Act funds sent to the township.

The DDA will use the funds for a second year of its Back 2 Business program, which helps local businesses impacted by the pandemic with digital marketing. The DDA previously funded the program with money from the sale of property.

“We spent $250,000 last year,” DDA Director Howard Haas said. “Then when the township received ARPA funds from the federal government, they set aside $239,000 to do it again. But what we chose to do was reach out and try to help other female or minority-owned businesses first. We’re not saying we’re not going to help other businesses, but we wanted to make sure that they got their fair share of the funds.”

Haas said the first round of the Back 2 Business program assisted 89 local companies with digital marketing. The DDA then reached out to 15 more for this year’s phase of the program.

The DDA budget, which the board approved in late October, also includes an increase in spending for marketing and promotion of the Holt Farmers’ Market. This year, the DDA budgeted about $13,000 to promote the market and next year is budgeted to spend over $26,000.

The market will also be getting an additional worker and more money for building maintenance. While one of the stated goals for the year in the new budget is to replace the roof, Haas said that the roof was replaced this year.

“The installation of the new roof went as planned,” Market manager Chuck Grinnell said. “After 50 years, it was time to replace it.”

Much of the budget was decided at a day-long budgeting meeting with township department heads, Delhi Township Supervisor John Hayhoe said.

“We sit around a table and each department head comes in and presents to the entire board,” Hayhoe said. “We have our packets that show everything that you’re looking at, and what we did spend the last couple years.”