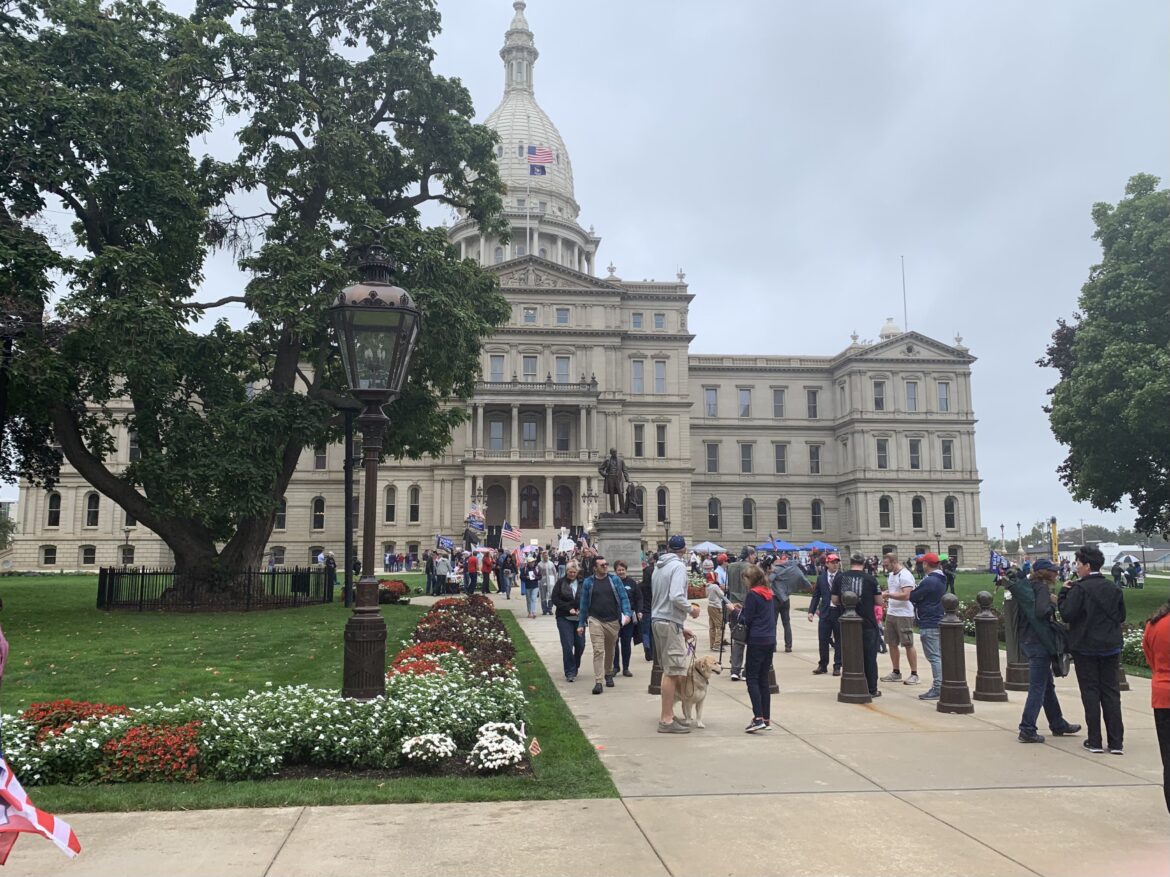 Protesters stand outside the state Capitol on Oct. 12 requesting an audit of the 2020 election results.

Weeks before a new round of local elections in Michigan, supporters of former President Donald Trump protested outside of the state Capitol on Oct. 12 to demand a forensic audit of the 2020 presidential election results.

Voters in Lansing and other area communities will cast their votes Nov. 2 in elections that include a variety of races for local offices and tax issues.

State elections officials have found no significant problems in their reviews of 2020 election results. The city of Lansing conducted a “risk-limiting audit” after the 2020 election and didn’t find any problems with the local election, said Brian Jackson, chief deputy Lansing city clerk.

A risk-limiting audit uses statistical methods to confirm whether reported election outcomes are correct and detect possible anomalies due to human error, possible manipulation, cyberattacks, or other factors, according to the clerk’s office.

“One of the things I am encouraged by is the increase of people voting,” Jackson said.

Jackson is hoping this trend continues. But some of the protestors calling for an audit of last year’s election remain concerned about the validity of the state’s elections.

“There needs to be a deep look into these votes and how they were placed,” said Angie Beagle, who held a “Stop the Steal!” sign at the Oct. 12 protest. “We are asking the state of Michigan to do a forensic audit of the election results. Other states have done it, Michigan should too.”

Local college student Jesse Ward said he came to the Capitol after class to see what was going on.

“I didn’t really see much about it on the news except for a few articles on Google, so I was interested to see what was going on,” Ward said. “There were a lot less people than I anticipated being there. I arrived at around 2:45, maybe 50 people at most were there. It seemed like everybody packed up and was headed home.”

Amanda Pope, a native of the Lansing area, was among a few counter protesters at the Capitol.

“I don’t really see the point in these people protesting.” Pope said. “Even if they get their way, which they won’t, nothing is going to happen. President Biden has been in office for nine months. They aren’t just going to kick him out and put Trump back into power.

“I’m not even sure if forensic audit is even a thing. I’ve tried to do research on what it entails, and I can’t find anything. It might just be two words that they put together because it sounded good.”