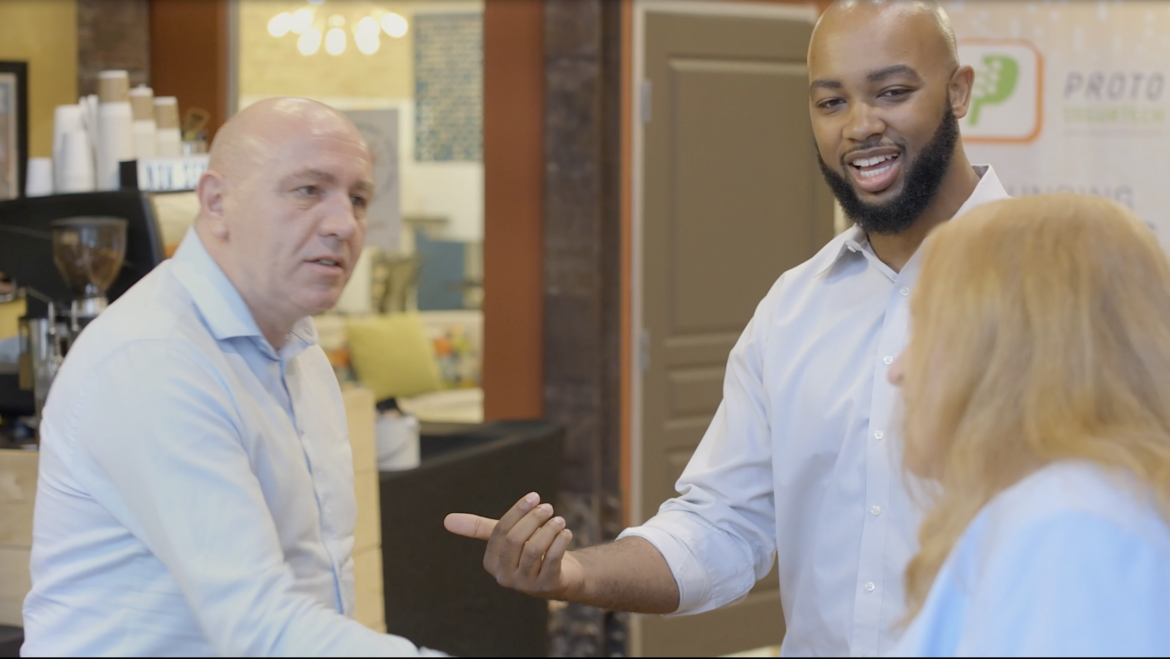 Willis, chief equity development officer at the Lansing Economic Area Partnership, likes to start each day with some form of physical activity. Then he tackles some of his fatherly duties, including getting his sons ready for school. Then it’s time for him to start his workday at LEAP, where he has worked since 2014.

His days often end with board meetings for one of the of many organizations in which Willis is involved.

“You want to make a positive impact while we’re here,” said Willis, who took on the role of chief equity development officer in January and also leads the regional economic development agency’s Department of Equitable Economic Planning. “You want to have tried things that are near and dear to your heart.”

Willis, a Lansing Community College and Michigan State University alumnus, serves as the president of Proto Accelerator, Michigan’s first insurance technology startup accelerator. He’s also a board member for Lansing’s All of the Above, a nonprofit that mentor’s youth as a Hip-Hop Cultural resource; Michigan Israeli Business Accelerator, a nonprofit business and economic development organization that developed ties with Israel; and the Lansing Community College Foundation, where he chairs the alumni committee.

His work at LEAP aims to create a more equitable economy and opportunities for low-income people who are primarily Black, Indigenous and people of color. The ultimate goal is to increase business ownership and wealth among people of color.

Willis points to the social justice movements of this past summer as the “writing on the wall” for such an effort in Lansing. The organization’s leaders realized they needed to focus efforts on underrepresented groups, he said.

“This is a really a major need for the community and we should meet that need, and if not us then who?” Willis said.

Willis said one new program will help business owners incorporate as limited liability companies, or LLCs, rather than using “doing business as” licenses, which are used by many owners of Black- and brown-owned small businesses. This, among other things, will create tax benefits for the owners, he said.

Jerry Norris, who co-founded The Fledge, a Lansing business accelerator that works to create diversity in the economy, is a longtime collaborator and friend of Willis. Norris said he’s the perfect man for this job.

“He wants to eliminate poverty. He wants to restore equity. He wants to create equity in the Black and brown communities,” Norris said. “We believe in what could be the American dream, and we’ve seen that happen for ourselves, and we want to share that with people.”

Others who know Willis know that, while his work and community are important, his wife of 10 years, Ashlee, and their three young sons, ages 9, 7 and 2, reign No. 1  with him.

Jeff Smith, director of the University Corporate Research Park at the MSU Foundation, said anyone who spends any time with Willis can feel how important his family is in motivating his work.

“I think he does what he does in the community to make a better future for his family,” said Smith, who knows Willis from his early days at The Hatching, a local entrepreneurial competition.

Ashlee Willis said her husband does a good job trying to build a future for their children.

“It’s not just for our kids, but for the community as a whole,” she said.

One way Willis shares his passions with his sons is through his love of comic books.

Each Wednesday, Willis will pick up a new issue from his local comic store, Summit Comics, and brings it home to share with his boys. A favorite series, the “Ultimates” 2015 series by Marvel, has a theme similar to Willis’ work — solving the biggest threats to the universe by using diplomatic tactics before using their super powers.

Ashlee Willis said the comic books symbolize what the future could hold for her husband and sons.

Working in public service is also a family affair. Growing up, Willis’ father worked as a police officer and his grandfather was an FBI agent. Willis said that sense of public service helped shape his viewpoint of economic development.

“It’s about servicing and helping others,” Willis said.

Willis said one of the most fulfilling parts of his job is watching entrepreneurs bring their ideas to life.

“That sense of hope and ‘awe’ in their faces is what gets me across the board,” he said.

Lindsay McCoy is a native of Sault Ste. Marie, Michigan, who started on her path to journalism at Michigan State University in 2020. Her journalistic interests include foreign affairs and investigative reporting.