East Lansing City Councilman Ron Bacon said, “There’s not an area, as far as supporting civil rights education, that East Lansing hasn’t touched. It’s my job to listen and try to execute a future that the youth can occupy.”

The City Council acknowledged Black History Month Feb. 9 at the prompting of a memo by the city’s diversity, equity and inclusion administrator, Elaine Hardy, who noted the unique and valuable contributions of Black Americans. 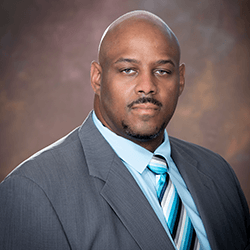 Council member Ron Bacon was enthused by the resolution: “It’s exciting to know that on the backside of this it’ll be a better place and be even more idealistic than now.”

Before being appointed onto the City Council with Dana Watson as the first African Americans to hold such positions since the 1970s, Bacon was already involved with the community he’d been living in for almost 15 years. Bacon coaches defense for the East Lansing High School football team and is involved with the MLK Commission of Mid-Michigan as well as the East Lansing Educational Foundation.

East Lansing’s reputation around Black History Month is impeccable, according to Bacon.

“There’s a reckoning and attempt to change,” he said. “Both the city of Lansing and East Lansing have been great partners with the MLK Commission forever and helping the support of our civil rights education.”

Brendan Bazar is a third-year student pursuing a B.A. in journalism/minor in sports journalism. He's a sports enthusiast who enjoys the media world and public/media relations.