As the Supreme Court considers the merits of a lawsuit by Texas and other states looking to overturn the Affordable Care Act, 2.3 million young adults including college students on their parent’s health insurance would feel wide-ranging impacts if the law is repealed, as reported last week by The New York Times.

“With everything going on with the pandemic, it is a little worrisome that my healthcare could be changing, and I am not exactly sure what it could look like,” said Connor Porrell, a kinesiology graduate student at Michigan State University.

Porrell works as a graduate assistant for MSU’s women’s basketball team, an unpaid position that requires the same amount of time, if not more than a normal 40-hour workweek.

“I could lose my health insurance in the middle of a global pandemic while I am not earning any money,” Porrell said. “That scares me.”

Greg Gulick, a professor at MSU who teaches classes on healthcare law, said the lawsuit has quite a few holes. Gulick specializes in regulatory compliance working with healthcare statutes such as Stark Law, Anti-Kickback Statute, and HIPAA as well as employee benefit statutes such as ERISA and COBRA, according to MSU’s faculty webpage.

“It is a politically motivated, frivolous lawsuit, ” Gulick said. “I don’t think it has a lot of merit. Every law journal I have read and person I have talked to said it was a bad lawsuit.” 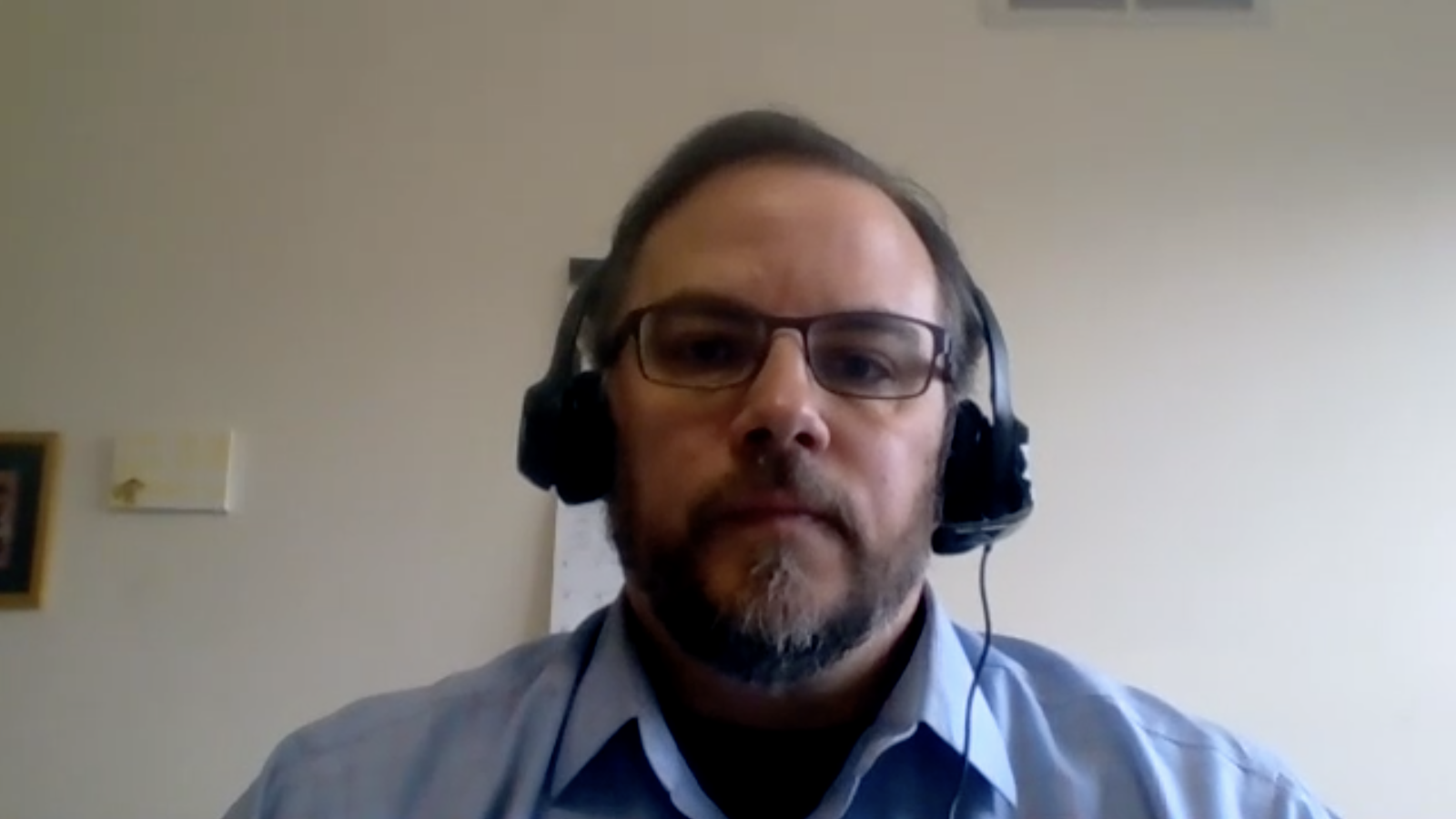 MSU Professor Greg Gulick Jr. shares how a possible repeal of the ACA could have massive implications for  Americans of all ages. Credit: Nathan Stearns

Gulick explained if someone like Porrell lost his parents’  insurance, many in his situation would not choose to have a healthcare plan based on their age and health.

Therefore, the healthcare industries would not get the money that they usually would without young and healthy people buying plans, and in turn, subsidizing those who need plans desperately (elderly, pre-existing conditions, etc.).

Patricia Lambert, a professor of public health who focuses on global comparative healthcare and public health case studies at MSU, said the Trump administration lawsuit will turn into more of a partisan talking point rather than an actual legitimate lawsuit based on sound legal doctrine.

“I think that it has started out with being tied to Texas, and that’s a new angle for all of it,” Lambert said. “If Texas decides that they’re going to not follow the care plan the way it was set out to be designed, I think other states can then step in and develop their own type of health care, based on the Affordable Care Act.

“If they repeal the whole act, it’s going to have a lot of consequences because Medicaid has been expanded in many states to offer health care,” said Lambert. “I think, in my opinion, it’s a partisan kind of thing.”

Lambert also said Republicans feel the need to overturn everything that President Obama passed to have ownership of something; she also said it’s unfortunate that the health of the American people has become a partisan issue.

State rep weighs in on lawsuit

Frank Liberati, a Democratic Michigan House representative of the 13th District, said he sees both sides of the argument, but he is a “big supporter” of the ACA.

“I think it’s good overall, but I realize some people have issues with personal mandates, and forcing people to have coverage seems to be their biggest thing, which president Trump was able to get rid of, which I think brings the whole thing crumbling down, I think that’s an important part, ” Liberati said.

Liberati, who has been a member of the House of Representatives since 2015, covers Allen Park, Southgate, and parts of Dearborn Heights.

Brent Smith, a professor of public health who specializes in how finance plays a vital role in healthcare at MSU said there are some financial issues with the Affordable Care Act.

“I don’t think that the ACA really changed the overcrowding of emergency rooms, or the over usage of urgent care, so some financial implications of that are rather than having a primary care physician, most people are still using the higher cost, ” Smith said. “In the event, they have a cough, they go to the ER, and the cost of that is a lot higher than if they were to have a primary care physician.”

The Supreme Court heard legal arguments brought forth by the Republican-led states in Mid-November, and justices on both sides of the aisle seemed skeptical of the argument that the repeal of the individual mandate should mean that the rest of the law should fall as well.

John Roberts and Brett Kavanaugh, two of the Supreme Court justices who belong to the conservative wing, mentioned the concept of “severability.”  Both judges alluded to the fact that even if the individual mandate is repealed, the rest of the law could stand without it existing.

Regardless, if the Affordable Care Act is stripped by the GOP-led lawsuit, it could spell trouble for millions of Americans who rely on the act for their primary health care, no matter what their age or health status is,” Liberati said.

President Trump and a Republican-led Congress succeeded in repealing the individual mandate, which fined someone in late 2017 if they did not have private health insurance or a government-sponsored exchange plan). The lawsuit brought forth by the Trump administration, along with the State of Texas and other parties, is making the argument that the ACA is no longer valid since the individual mandate has been repealed.

The lawsuit was heard on Nov. 10, and a decision is expected to come down sometime in the summer of 2021.

The ACA or “Obamacare”  is a comprehensive health care reform law and its amendments. The law addresses health insurance coverage, health care costs and preventive care. The law currently exists in two parts: The Patient Protection and Affordable Care Act was signed into law on March 23, 2010, and was amended by the Health Care and Education Reconciliation Act on March 30, 2010, according to the U.S Department of Health and Human Services.

Carter Landis is a journalism major at Michigan State University, part of the graduating class of 2022. His favorite part of journalism is sports writing and reporting. He is part of many media organizations and has written dozens of popular articles for different websites. His professional aspirations are to become an analyst for either the NFL or NBA draft.