East Lansing area residents may see a shift in COVID-19 regulations with the Michigan Supreme Court ruling against Gov. Gretchen Whitmer’s authority to declare a state of emergency.

In March, Whitmer declared a state of emergency and issued numerous executive orders mandating precautions to prevent the spread of COVID-19. On Oct. 2, the Michigan Supreme Court ruled that the extension of the state of emergency past April 30 was unconstitutional and all following executive orders were baseless. On Monday, the court denied Whitmer’s request to delay the date its decision takes effect. 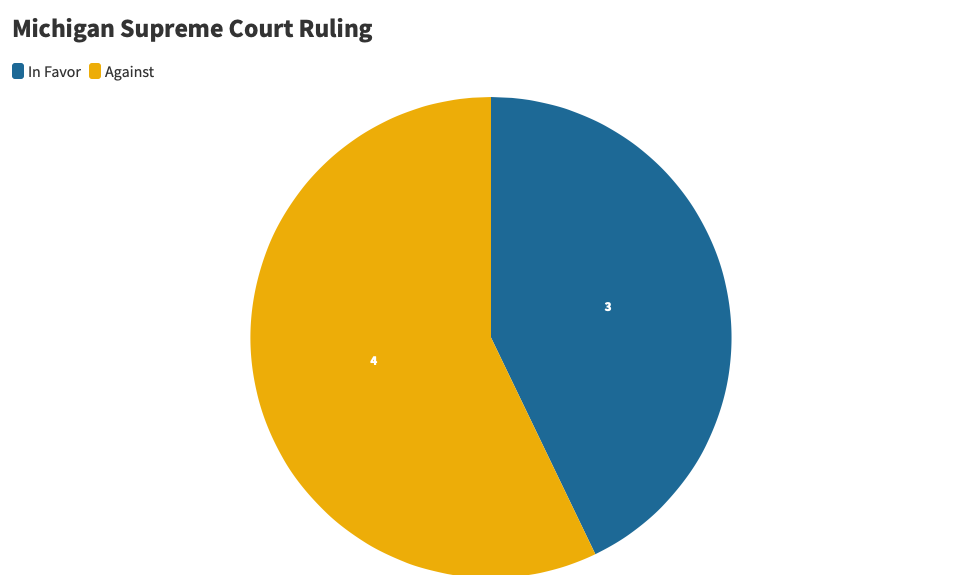 After April 30, Whitmer issued 123 executive orders detailing restaurant safety, public gathering limits and unemployment benefits. The removal of authority from these orders will affect all Michigan residents. Some are being replaced with orders issued by local governments.

East Lansing resident Sara Tidwell said she is disappointed by the ruling. She said Whitmer exercised her best judgment throughout the COVID-19 pandemic, while putting the safety of Michigan residents first. Tidwell supports Whitmer and her steadfast opposition to adversity from local and federal bodies. Tidwell said she hopes this ruling will be followed by proactive steps to prevent another spike in COVID-19 cases.

Morgan Birthright, 19, agrees with Tidwell. As a Michigan State University student living close to campus, Birthright has witnessed lots of partying and what she calls a sense of disregard for the virus. She feels that the executive orders and state of emergency declared by Whitmer provided a much-needed level of restrictions. Birthright fears that the ruling against Whitmer’s authority will send a message to residents that the virus is no longer cause for concern.

While there has been action by the Ingham County Health Department and Michigan State University administration to keep residents safe, some still feel that this is not enough.

Christian Jackson understands the basis for  the ruling, but has some concerns about the implications. As a junior at Michigan State University, Jackson has lived in East Lansing for more than  two years. He said he appreciates Whitmer’s efforts to prevent the spread of COVID-19  and hopes new legislation will soon keep this momentum going.

Timeline of some of Whitmer’s Executive Orders

Kyana Donaldson is a Metro Detroit native who began attending Michigan State University in 2018. Her interests include journalism and public relations. In addition to writing for the Spartan Newsroom, Kyana has created content for the MSU Center for Anti Counterfeiting and Product Protection