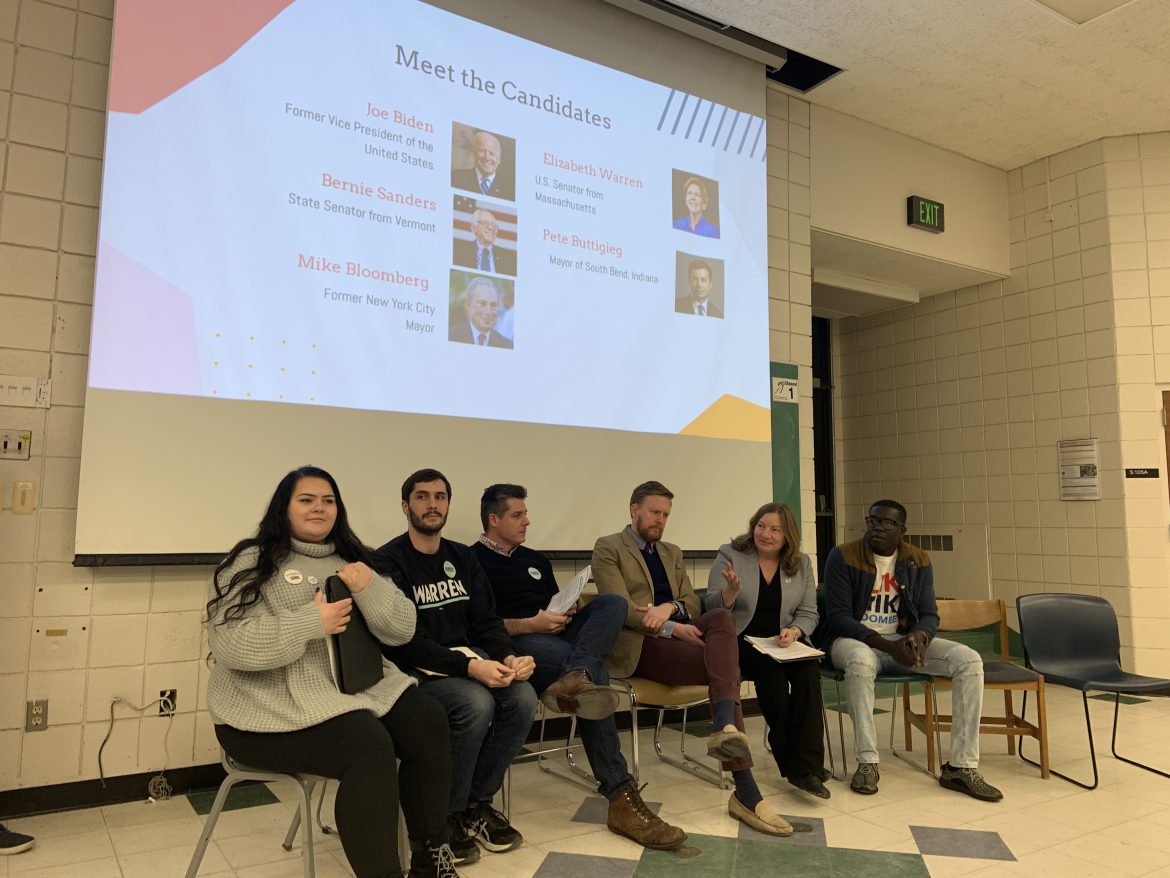 A spokesman for Sen. Bernie Sanders’ campaign announced Tuesday, March 24, that Sanders will debate Joe Biden if one is scheduled for April. Despite Biden’s wins in primaries across the nation, Sanders does not seem to be dropping out anytime soon.

Over a month ago, representatives of six Democratic campaigns attended MSU College Democrats’ primary event on Feb. 20 with the intent to educate students on the candidates’ policies.

“It all sort of fell together very nicely, so I’m really excited that it’s here, and I’m hoping that a lot of people turn out so that we can really make this an educational and worthwhile event,” said Mary Gibbons, president of MSU College Democrats. “We want to make sure that people have a good idea of what their plan is to vote before spring break.”

Only two candidates remain after a month of candidates dropping out of the Democratic presidential race: Sanders and former Vice President Biden.

Kelly has been working for the former vice president for over six years. He said he doesn’t like working for politicians, but Biden is different.

“There are a lot of grand ideas that have been presented, and they’re good ideas, but Joe Biden is taking the most realistic approach to his policy platform,” Kelly said.

In addition to being able to work across political parties, Kelly said Biden polls best against President Trump.

Kelly said Biden now has a bit of a chip on his shoulder since the president withdrew from the Paris Agreement.

The accord was a global pledge instated by the Obama admiration to combat greenhouse gas emissions. However, Trump withdrew because he said that it would hurt the economy and the competition that drives it.

In response, Biden plans on increasing his green policies to fight what Kelly called a pending epidemic of the planet.

Kelly said Biden is going about climate change in a rational way instead of creating large policy changes that will not pass in the senate like other candidates are doing like Sanders.

Michelle Deatrick, a political surrogate for Sanders, said she became involved in Sanders’ campaign because of his environmental stance.

“He has the most ambitious plan to tackle the climate crisis,” Deatrick said. “It’s intersectional. It takes account of the fact that we need to address and include the voices of the front-line communities that have been too long left out.”

Deatrick said Sanders will lead the decade of The Green New Deal where massive investments will be made to combat climate change, which will be difficult to reverse, like President Donald Trump did with the Paris climate agreement, once put in action.

“His solutions involve investing heavily in wind, solar and geothermal. Once you’ve done that, it’s really hard to retract it. Whereas, if you only rely on a carbon tax, Republicans in office can repeal that.”

Deatrick said this conversion to clean energy will be a process, but one that creates  20 million jobs that include rural communities, people of color and women. She said that environmental action is needed or younger generations will be facing a devastating future.

After the primary, both representatives said their candidate will support whoever the Democratic nominee is who will run against the president in November.

“I think it’s natural for some tensions to come through. Everyone is just really passionate,” said Gibbons. “But we’re all just hoping for unity in the fall.”