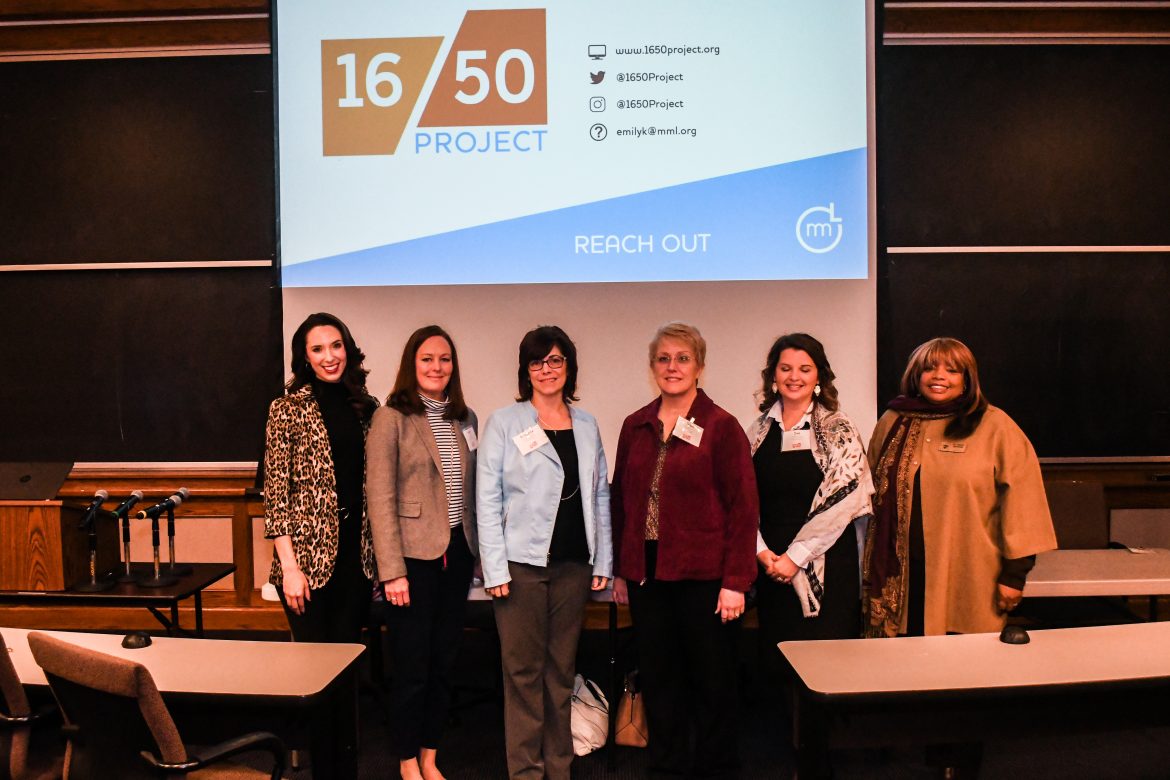 While about 50% of Michiganders are women, only about 16% of city and local government managers are.

When the International City/County Management Association released this statistic Michigan’s female leaders took action. In March 2018 the 16/50 Project set out to correct this disparity.

Put together by a coalition of former and current managers and elected officials, this project seeks to foster opportunities for future female leaders. The project focuses on raising awareness of bias in the selection process, providing professional development for women seeking to become executives and increasing interest with a new generation of female graduates.

“When you have diverse voices at the table, the conversation changes and I think it’s imperative to have the viewpoint of women,” said Dr. Sheryl L. Mitchell, the city administrator for Lathrup Village.

“It’s been rewarding to be able to help advance the careers of women and increase the number of females in executive roles in local government but also rewarding from the aspect that I’m learning. I continue to learn from these ladies,” said Bridgette Gransden, the county administrator/controller for Midland county. Gransden has worked as both a presenter and a mentor for the project.

Within a year of the program’s launch, five women from the Women’s Municipal Leadership Program went on to serve as city managers in Gaylord, Kalamazoo, Linden, Scottville and Ypsilanti.

One is Gaylord Assistant City Manager and City Clerk Kim Awrey. She said,“For me personally it kind of gave me a little bit more self confidence in my abilities and especially knowing that in that type of leadership role you don’t necessarily have to have all the answers, you just need to have the employees that can answer those questions… It was kind of empowering for me to grasp that, too.”

The website for the project profiles women in municipal management. Each details the basics of their communities, their professional path, and advice for women seeking to enter these professions.

In her profile Elaine Leven, city manager for Marine City wrote “Patience, understanding, sympathy and strong character are crucial to being an effective local government manager.”

Established with support from the League of Women in Government as well as two state municipal management organizations the project doesn’t stand alone in its interests. The Michigan Municipal League Foundation offers scholarships to young people and training to elected officials in order to encourage more people to pursue civic leadership. The Michigan Municipal Executives offers a fellowship program as well as scholarships to provide experience in the field of community management.

The interests of both the 16/50 project and municipal management organizations align when it comes to recruiting new faces into city management. Patrick Sullivan, the Northville City Manager and former president of the Michigan Municipal Executives explained the organization’s support for the project.

“One of [the Michigan Municipal Executives’] top goals is trying to recruit new city managers to replace the baby boomers who are retiring. We’ve participated in several efforts to try to do that [with] a lot of outreach to universities,” he said.

“Then when this program came along it also reached into our own. A lot of the people that are in this program are people who work in city halls. They’re city clerks, they’re working somewhere in municipal government and just needed that push and the know-how to pursue city management. So it meets one of our big goals which is where can we find the talent to replace the  city managers that are retiring in our state.” Sullivan said.