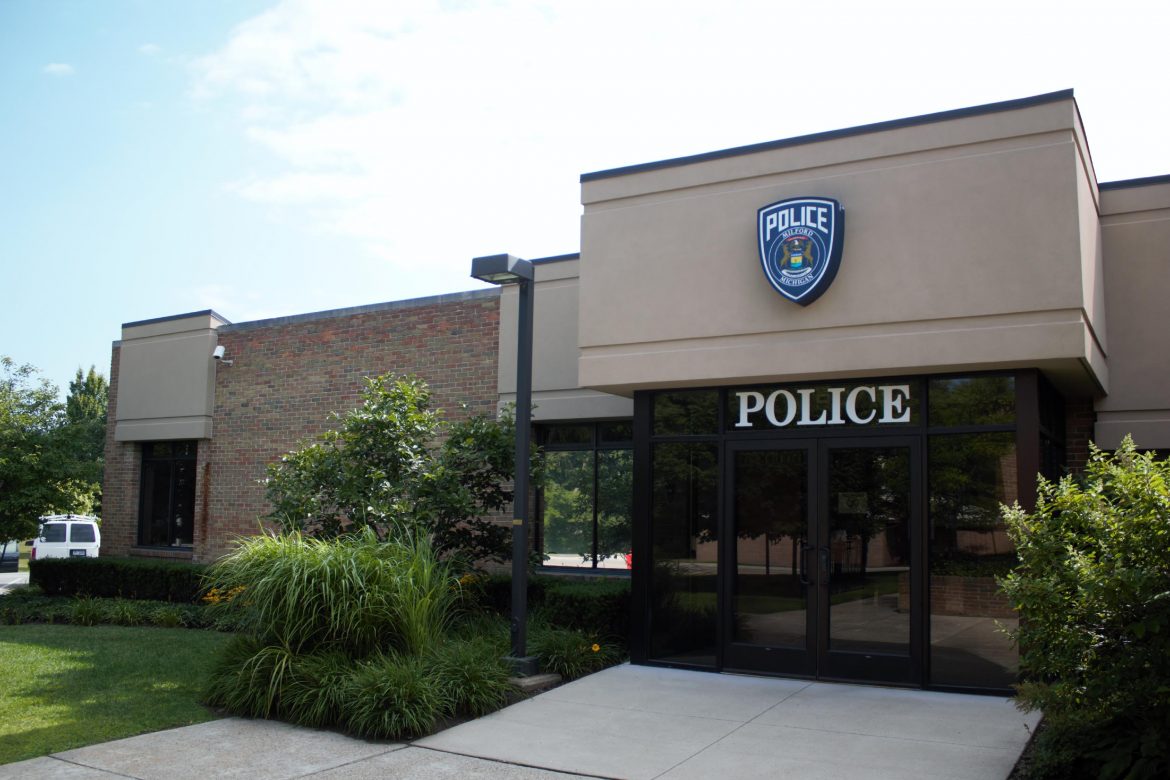 Throughout the COVID-19 crisis, Michigan’s first responders have been maintaining public health and protecting citizens. Facing down concerns of infection and spread of disease, Michigan’s many police and sheriff departments are adapting to conditions to protect Michigan communities.

Michigan State Police 1st Lt. Michael Shaw said, “This is something that affects the entire community along with law enforcement. It does make our job a little tougher because there are times when you do need to get close than that 6 feet. We give our troopers an awful lot of discretion every day.”

According to Chief Thomas Lindberg of the Milford Police Department, aspects of police training have helped to keep officers safe. The 6-foot reactionary gap officers are trained to leave is the same whether officers are taking defensive measures against a suspect or the spread of illnesses.

When performing duties such as traffic stops and incident reports, departments have changed the way they perform their duties.

In addition to basic social distancing measures, some departments are arming officers with gloves, masks and goggles and are taking incident reports online rather than in person.

Eaton County Sheriff’s Captain Mark Wriggelsworth said his department has asked people to meet officers outside of their homes when officers respond to non-emergency calls.

In Ingham County the Sheriff’s Department has suspended the use of preliminary breath tests when making traffic stops.

Despite these precautions, law enforcement officials are continuing to perform the same duties.

“We’re still providing every single service we always did, minus what somebody would come into the front lobby for,” Lindberg said.

Some departments have also taken action within their facilities.

Ingham County Sheriff Scott Wriggelsworth said, “We’ve closed our public lobby, we’re not taking fingerprints for applicants or handgun registrations or anything like that. We’re taking minimal visitors to the jail lobby, so we’ve basically suspended any non-essential personnel that used to come into our facility.

“We’re still allowing attorney visits and people involved in the legal process, but even that has slowed quite a bit,” he said.

Alongside closing lobbies, departments also have some employees work remotely.

Lindberg said, “In our case, being a small shop, we’ve limited our front desk crew to only one on-duty at a time, where normally we might have more.”

“Our investigators, they might come into the building to get their tasks for the day, see what they have to do and follow up. Then they leave the building and they can do a lot of their work from their car, or if they live in the community around they might do it from home. Basically their instructions are unless you have to do something related to your work, follow-up, then follow the governor’s guidelines,” he said.

In Ingham County, Sheriff Wriggelsworth said several employees are working from home. He also said the department is working to build a bench of deputies who would be able to work if other members of the department contracted coronavirus.

In spite of the changes in how they perform their duty, law enforcement officers still have the communities’ interests in mind.

“First responders are a 24/7 operation, so we don’t get to close.” Sheriff Wriggelsworth said.