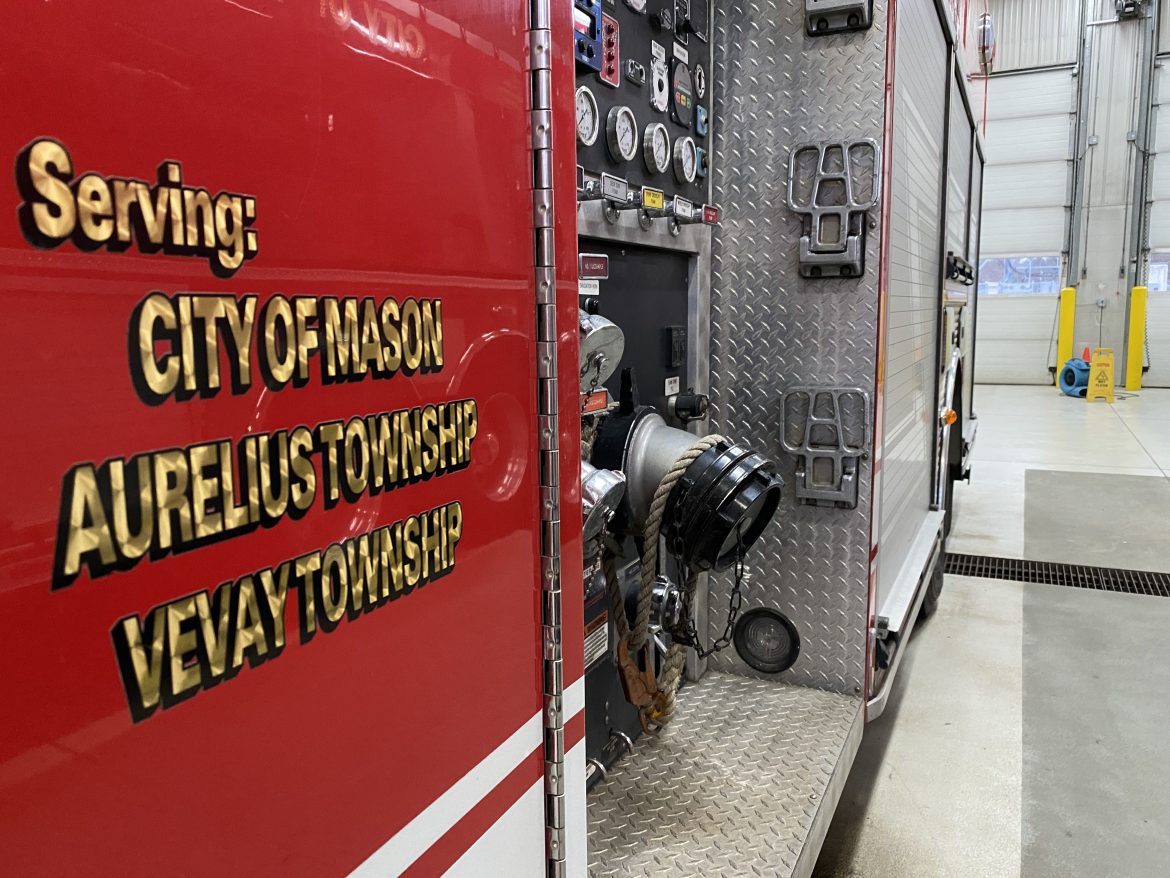 The City of Mason's new fire truck will be added to their current fleet of tankers and engines.

The Mason Fire Department is getting a brand-new, custom-made fire truck.

Fire Chief Kerry Minshall said the new truck is costing approximately $840,000 and the truck will arrive in early to mid-March. He said the department’s old ladder truck, made in 2000 and equipped with a 105-foot-long bucket ladder, was sold to the City of Lansing last year.

This new ladder truck consists of a 75-foot-long stick ladder and a chassis, which was made at Spartan Motors, a local manufacturer only 25 miles away in Charlotte, Michigan. The chassis includes the truck’s front end, lower frame and wheels. The ladder component is manufactured by Smeal, a fire truck apparatus brand based in Nebraska.

“I’m really excited to get a new piece of equipment like this,” Minshall said. “It’ll be nice to have my full fleet back.”

This new truck project has been a long time coming, according to Emily Bartlett, a firefighter in the department. Bartlett, who also works as an accountant in the City of Mason’s finance department, said she’s seen every end of the spectrum of ordering trucks. She said it is usually a two- to three-year process from the time the city allocates money, designs the truck down to every detail, and the truck is created.

“Quite honestly, it’s never been less than a year when I bought a truck. It’s the way it is. It’s not like you can go to the car lot and buy one,” Minshall said.

Bartlett said the old truck was very cumbersome to drive,  “I think it’s gonna be a great addition to the fleet because with it being a stick (ladder), it’s a lot easier to drive. You can fit it around areas in the city a lot easier, you can fit up narrow drives and with it being a stick on the end, you basically could put it right into a window to have someone climb out.”

Talon Rowe, a young Mason taxpayer, said, “If it ends up helping people, then I’m all for it, ’cause it gets the job done.”

Other fire departments in the area are assisting Mason in the time between selling the old truck and receiving the new truck. The Mutual Aid Box Alarm System and Computer Aid Dispatch automatically send out calls to all of Ingham County and its surrounding counties’ fire departments.

Minshall said that when the department begins the process of buying a new piece of large equipment, it forms a committee of five firefighters and drivers to keep the project on track. Minshall said the team will be flying out to the Smeal location in Nebraska on Feb. 20 to review, inspect and approve the new truck.