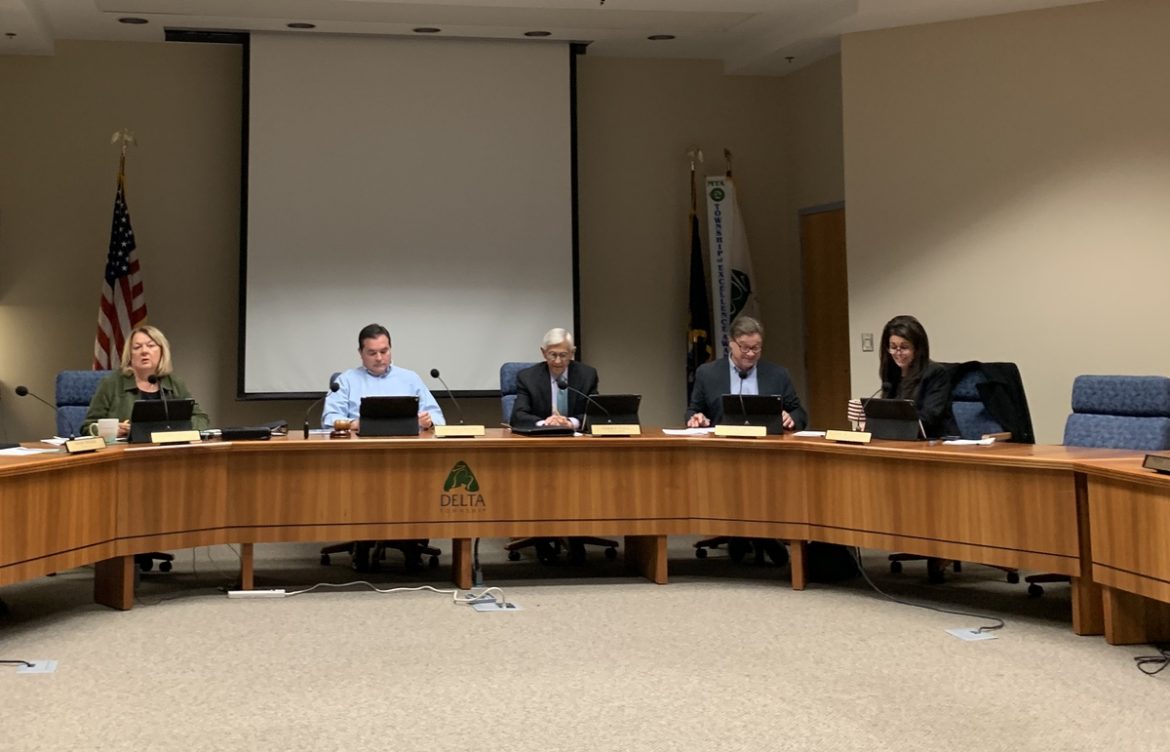 The Delta Township board meets Nov. 4 to discuss installing street lights on Dibble Avenue. The plan was approved contingent upon figuring out if the number of lights could be reduced from 17 in a three-block span of homes.

The township board approved the project Nov. 4.

Township officials needed at least 33 signatures from residents of 64 affected properties on the street, and 36 were obtained. Each resident affected will have to pay about $40 more in taxes next year when the lights are installed.

“I know street lights is one of those things where you either like them or you don’t like them. There usually is no in between there,” Delta Township Supervisor Kenneth Fletcher said. “The township doesn’t start this process anywhere. We leave it totally up to the residents of a particular area. If they would like to have street lights, that is a citizen-driven process.”

Four residents of the street raised concerns during the township’s Nov. 4 board meeting, from not being able to afford the additional cost for the lights to not believing the street lights are necessary. One resident said lighting could encourage people to drive faster down Dibble Avenue because they will have better vision.

But Trustee Dennis Fedewa said lights is one of the few direct ways the township can improve street safety.

“We don’t control the roads. The Eaton County Commission controls the roads,” Fedewa said. “This is something that the township has within its power, both as petition initiative as well as the board proving it, that can actually mitigate a safety factor.”

Delta Township Treasurer Howard Pizzo said he was concerned about families that live on the street.

The primary issue raised, however, was that there was a lack of reasoning behind the Lansing Board of Water and Light’s decision to implement 17 street lights in a three-block stretch when a similar street was only assessed to need six in that same span from Michigan Avenue to St. Joe Highway. Township officials said they would discuss the project with the Board of Water & Light to see whether the number of lights should be reduced.

“I think the discrepancy, or the potential discrepancy in how the Board of Water and Light does the lighting was a concern to me too,” Trustee Andrea Cascarilla said. “I’m pleased to hear we have an opportunity to raise this issue and get clarity on that and potentially adjust that so we can accommodate a variety of interests and needs and at least consider that.”